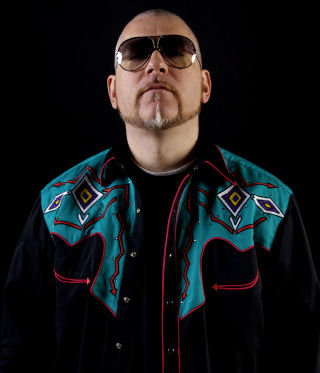 Last week, in part one of our interview with Everlast, we covered all things musical. This week, in part two, Everlast opens up about some more personal matters, including his near death experience, his thoughts on the presidential election, and why he feels the gap between the rich and the poor is only going to get bigger.

Adam Bernard: You’ve had huge hit singles, some health issues, and a very high profile battle. What about this journey has surprised you most?
Everlast: What’s surprised me the most actually is just the whole thing when I reflect on it. I was going hard from ’88 to 2003 basically. The early days just trying to get on, then House of Pain blows up, does all this stuff, then I leave, do the Whitey Ford record, then I almost died, as soon as I recovered from that I hit the road. It had been non-stop for damned near 15 years. When my deal went bad with Def Jam, and my deal went bad because Lyor Cohen signed me and ended up leaving for Warner Bros. pretty quickly after that. It was just a disaster. It was the classic story of the artist caught in the middle. The guys who come in next don’t give a fuck about what was there before and all that kind of stuff. It just went really bad and I was very disappointed in that and I decided it was time to sit down and think about stuff. I had never really reflected on my whole, basically my death because I basically died and was saved by the hospital. As soon as I recovered from that I hit the road for the Whitey Ford record and the next thing you know it was top ten and my life was off again on another crazy tangent. Once I sat back and reflected on it the whole thing has been a wild ride. I can’t complain. I don’t have this incredibly huge lust for billions of dollars, though I wouldn’t turn em down either. When it comes to my family, everything’s great. I’m just surprised that I’m a grown man and I’ve actually done better than my parents.

AB: That’s tough to do in this day and age.
E: You know what I mean? My father passed during the time I was off and that made me reflect a lot on it, too. I still consider myself a pretty immature child-like person and to really look at my life I’m pretty grown. (laughs) It’s surprising.

“As far as the election is concerned, I’ll vote. I’m not out there pumping anybody.”

AB: Moving to politics, with much of your music being politically driven, are you doing any political awareness things outside of music?
E: As far as the election is concerned, I’ll vote. I’m not out there pumping anybody. I will vote for Barack Obama. I think this guy has a huge opportunity in front of him if he becomes president. Everybody says he’ll change the whole world, I look at like this; just having a black man be elected will change the whole world because it’s gonna automatically going to change the way a lot of the world leaders are gonna look at America, and I think for the positive. It can’t get any more negative than the guy we got in there now.

AB: It would be tough.
E: Maybe if Satan himself ran, but Dick Cheney said he’s not gonna run. But on the same note I see a lot of regular Washington politician in the dude. I see the politician, but I will vote for him and I will pray that he’s gonna be the dude who’s at least going to stick his neck out and try and do the stuff that he’s talking about because no matter if he fails or if he succeeds, just the trying alone will inspire people and that’s what’s needed right now. That’s why the dude is dope. Revolution is a young man’s game and I’ll tell all the youngsters right now I’m down. I’ve got my straps, I’ve got my books, whatever kind of revolution you want to get at, whether it’s mental or physical, I’m down, but it’s a young man’s sport. It’s the youth raising up to change this country. They’re the one’s who are gonna be slaves, not me. I’m good right now.

AB: You and I aren’t going to war anytime.
E: It’s not even war that I’m talking about, I’m talking about I’m in the section of my life where I’m actually coming out of the backside of debt and buying houses and stuff. I’m getting to the point where I can see the end of the tunnel where my shit’s gonna be paid for. The rest of us, they’re breakin the economy, they’re breakin the dollar, the whole country is either going to become super rich or you’re gonna be a fuckin slave and I mean that you’re gonna be a debt slave, you’re gonna be a slave to your debt and that’s how they’re gonna control you. It’s easy to see, it’s going on all over the place. They suckered all these poor families that shouldn’t really be buying houses. Loan companies that are scumbag devils that will never see the inside of a jail like they should suckered all these poor families into these homes that they couldn’t afford and didn’t really explain to them how the loans were structured, and you can blame some of that on the people but these were poorer people who hadn’t been educated as well as some of the rest of us, so they got suckered into these loans and they found out five years into the loan the interest rate triples and they couldn’t afford the house anymore. I hate to sound like a conspiracy theorist but this was a plan to break the middle class. They are going hard to break the middle class because they don’t need a middle class. They farmed out all the jobs of the middle class. All the jobs that middle class people were doing all of the last 40-50 years are gone. This is what I look at. I look at my nephews, what are they walking into in ten years? What’s adult life going to start out like for them? It’s infuriating, man, but like I said it’s the young people, it’s their lives, they have to step up and really want to do something and it’s not that hard to organize it.

“I like nice things, I’m a sneaker freak, but they got us all wrapped up in that shit right now like that’s all that important…”

The hard part for me is they got us all caught up, and again I collect art, I like nice things, I’m a sneaker freak, but they got us all wrapped up in that shit right now like that’s all that important, like sneakers are more important than knowing what’s goin on with your government and reading the newspaper everyday. I know kids that couldn’t tell you what’s been going on in current events for the past two months but they’ll tell you what fuckin sneaker is dropping at this store on Beverly. The news isn’t even covering it, if you go on my blog I got it off of YouTube, Dennis Kucinich brought articles of impeachment before the justice committee against President Bush and nobody’s talking about it on the news. This is a former candidate for the presidency of the United States legitimately bringing the articles up before the justice committee tomorrow and it hasn’t been mentioned once in the news.

AB: What do you think it would say about this country if we had back to back eight year presidents impeached?
E: Well, it would say that the system’s crumbling, it’s falling apart. That’s pretty much all it would say to me, that the lunatics are running the asylum.

AB: We clearly have no choices.
E: Yeah, especially because they did impeach a president for getting a blowjob but they won’t impeach a president for starting an illegal war. Bush didn’t personally order the killing of anybody but he’s no better than any other war criminal in my eyes. He should be brought up, him and Dick Cheney and everybody that got involved in it, even Colin Powell because that motherfucker lie through his teeth saying shit was real and the CIA intelligence was right and he knew it wasn’t. It’s a fact now, it’s been declared, it’s why he left. Three, four years later after you helped start the war why weren’t you man enough to stand up and be the dude who said no this is wrong? They should all be tried as war criminals. They started a completely illegal war against the constitution of the United States and the war, and I’m no pro war guy, but the war we should have been fighting is back outta control over in Afghanistan. The guys who actually had a hand in doing what happened to our country are runnin around laughin their fuckin balls off, man. I’m a Muslim and I’ll tell you that, man, fuck those people. They should have been handled. United States army, baddest motherfuckers supposedly on the planet and the government’s telling me you couldn’t get into those mountains to get those people. Bullshit, you didn’t want to. You wanted to go into Iraq and handle whatever business you’re handling over there, jack the price of oil up 200% in three years. It’s crazy, dude. When you talk about the New World Order and shit, anybody who laughs that off nowadays is a complete moron. You are really a moron if you don’t think there is a higher society of people working to control the rest of us. America is going down the tubes, people don’t realize that their freedoms are gone. “Kill the Emperor” dawg, that’s it.

AB: That song was a really powerful way to start out the album.
E: That’s why we did it. That’s how we come out the box. I fully expect secret service guys knockin on my door at some point.