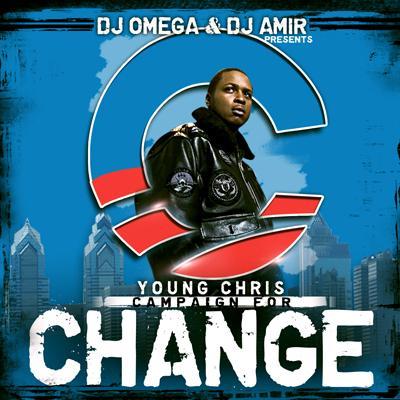 “Change” is the political buzzword of 2008. The concept of change was first put forward by Barack Obama as he made a surpising comeback in the Democratic primaries against heavily favored Hillary Clinton. It wasn’t hard to see the distinction Obama drew between the two as the former First Lady had been deeply involved in politics for over two decades, while the younger Obama was a relative newcomer on the national scene. Clinton at first tried to use that youth as a knock against him, claiming he was inexperienced and unready to lead, but Obama’s charismatic personality prove to be too much for her to overcome. Recognizing Obama’s success, Republican candidate John McCain has attempted to carbon copy his call for “change,” suggesting he too is a renegade who will bring a fresh political perspective if elected to the White House. I’m not going to offer my opinion on either candidate’s viability as an agent of “change” herein (perhaps I’ll address that in my personal blog on another day), I’m just illustrating that both the word and concept of “change” are heavy in the mind of the American public right now. It’s not surprising that the underutilized Young Chris would want to campaign for a little “change” himself. As one half of the Young Gunz duo, Chris has been part of two largely overlooked major label albums: 2004’s “Tough Luv” and 2005’s “Brothers From Another.” With each album I felt that Chris and his partner Neef were on the cusp of stardom, and their affiliation withRoc-A-Fella certainly suggested they’d be blowing up in a major way. Three years of no albums passed by. You can point as many fingers as you’d like – Chris & Neef didn’t hustle enough, Jay-Z didn’t push them hard enough, radio didn’t spin them enough, but they’re no closer to being household names than they were five long years ago.

The word from Free Music Fridays.” In the spirit of Barack Obama, who the producers of this album sample liberally from for skits and interludes, Chris has applied three words to getting his rap career restarted: “YES I CAN.” He’s not waiting for Roc-A-Fella, Jay-Z, Def Jam or anybody else to get out there and push his music, he’s going give away an album’s worth of material free and promote the ish himself.

Props to Chris first and foremost on the hustle. Props to Chris second on the quality of material that can be found on “Campaign for Change.” Unfortunately as is often the case with mixtapes I have no liner notes to go on for specific details, but I can definitely tell you that this was a pleasant play from start to finish. Some East coast mixtapes bog down in monotony, gunplay thuggery and lame-ass attempts to be the next 50 Cent – Chris’ shit doesn’t. Even if you’re going to jack other tracks for your freestyles people, jack correctly. “Still in Effect” is a posse-all-in joint that rides smoothly over a minimally produced shuffle and bassline, something that’s been a hallmark of the best tracks Chris has done. On “Boss Freestyle” he links up with partner Neef over what has to be a Rick Ross and Akon track, and they do it up real nice. Out of all the freestyles on “Campaign For Change” though my favorite may be the untitled one that comes #8 on the playlist, set to the old school piano break from BDP’s “The Bridge Is Over.”

“38 tore us, cops jumpin out a Taurus
This is the life I had to lead before an artist
Easiest part is gettin signed and retarded
When it’s time to release the album it’s the hardest
It’s the – clutch time, the clutch myth, the clutch moment
40-orty let off easy just to touch on it
It’s that time of the month baby to suck on it
Right after she done I put Buck on it
CAMPAIGN FOR CHANGE BITCHES!”

Chris is in some respect Jigga lite, but I mean that as the highest form of praise. Jay-Z has a higher pitched flow than a lot of rappers, and he often delivers his verbal phrases in a way that leaves you dangling at the end of a musical precipice, pulling you back breathlessly as he spits the next line. Chris’ flow is much like that of his idol, but where Jay’s format is much punchline and cinematically formatted, Chris is more the stream-of-consciousness rapper who talks about his life and the everyday world that he sees. It’s not surprising as a result that he has songs on “Campaign for Change” with titles like “Poverty” and “Promised Land,” highlighting Chris’ struggle to make it up from urban blight to success. Coincidentally or not these themes blend very well with the Obama samples found on the mixtape, as he too talks about how America is the land of promise and opportunity where all you have to do is seize your dreams, regardless of your race color or creed.

If there is a downside to Young Chris’ “Campaign for Change” it has to be the length of some of the songs. Even “Paradise” featuring Lil Wayne clocks in at only 2:39, and that just isn’t enough. One gets the feeling that Chris has a lot of material waiting in the wings for a full fledged album but that he’s not willing to show his whole hand, preferring to use this mixtaper as a bluff to get you to place a bet on his full-length if the Roc puts it out. I’m willing to take that chance and I’ll vote for the “change” that Young Chris can offer, provided that when he’s not giving it away for free he steps it up to the next level with the beats and rhymes. There’s enough potential here to make this worth your time to download, burn and listen to, but you’re still left wanting more. Hopefully there is more change to come.