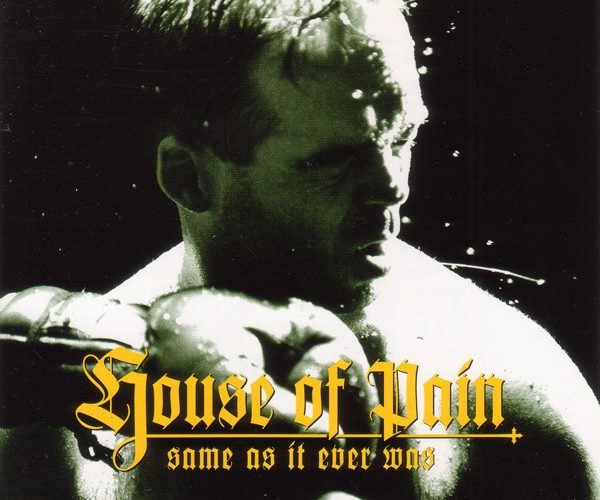 Same as It Ever Was

House of Pain :: Same as It Ever Was

“Hot damn, I’ma slam ya like Onyx
Then teach you how to write a rhyme like Hooked on Phonics
Mother Goose ain’t got shit on me
Cause I get loose at the jam and wreck the whole party”

After a self-titled debut album that made House of Pain a household name almost overnight, it would be almost impossible to replicate that success on their sophomore release. The short version of this review would be “They didn’t.” The long version would be what you’re reading right now. On paper they had all of the right elements. DJ Muggs and Lethal were producing it, Everlast and Danny Boy were rapping it, and the promotional muscle of Tommy Boy Records was behind it. Everlast in particular had pulled off the nearly impossible trick of being a white rapper with credibility in the wake of Vanilla Ice. By leaning heavily into Irish pride and combining it with hip-hop culture, he avoided being perceived as a poseur and was warmly embraced by the same people who shit on him in his Rhyme Syndicate days.

“Same as It Ever Was” even pulled off the coup of getting extra promotion thanks to “Who’s the Man?” being the title track for the Dr. Dre & Ed Lover film of the same name. The soundtrack may be more notable than the movie, remembered more today for being a punchline by KRS-One on a posse track, but at the time Lethal’s production seemed to foreshadow an ever rougher, grittier House of Pain. Why then was Everlast comparing himself to Mother Goose in corny raps only two tracks into the album? Sure that’s just four bars from an entire song, but a monotonous bass guitar loop from Lethal doesn’t make the track any better. HOP were trying so hard to be hard on “Same as It Ever Was” that they stopped being fun.

The music improves when DJ Muggs produces or co-produces the tracks, as is the case on “It Ain’t a Crime,” but there’s nothing about this song to make you get up out your seat and jump around. It’s dour and dark. “Johnny’s got a gun and he’s on the run/but he don’t care/to him the shit’s fun/Now that he’s an outlaw, sorta like Robin Hood/The hard rock hero of the whole neighborhood.” Maybe it’s a bit unfair to expect Everlast and fam to have the kind of silly fun they had on “Shamrocks and Shenanigans,” but it’s equally unfair to expect people who knew them as fun-loving beer drinking hooligans to suddenly embrace this heavy handed new sound.

Over a quarter of a century later I consistently come back to is “Word Is Bond” entirely off the strength of Diamond D’s production and guest verse. The angelic chorus seems to single-handedly be trying to pull the song up from hell, and D’s rap about how he hustled to become a rap success proves yet again that he was equally good on either side of the boards. Meanwhile Everlast is spitting raps like “I’m retarded and I act real stupid” that make me cringe even today. To be fair he was trying to make a point about beating down bootleggers so it seems much worse out of context, but it’s still not good.

The best that House of Pain can aspire to on “Same as It Ever Was” is sounding like some Cypress Hill knockoffs on DJ Muggs produced tracks like “Over There Shit.” Erik Schrody’s voice was steadily getting gruffer and more gravelly though, either from smoking too many blunts or from having to scream to “jump around” to too many fans at show after show in concert. In hindsight it can hardly be considered surprising that as their record sales continued to decline from this album to the next that Everlast would pursue a solo career and refashion himself a blues singer. It was hardly the first time he had reinvented himself. Need a reminder?

When I think of the phrase “Same as It Ever Was” I usually remember Talking Heads first and House of Pain second, which to me is the correct order for them to go in. Still there are times when the Lawrence Muggerud tracks can drag Everlast out of the doldrums and force him to step it up. “My head’s fucked up but I lucked up and got a hit record/now I’m well respected/I can go places I never went before/I still dress the same so it must be my name/I can’t deal with who’s real and who’s not/Who treated me the same when my record wasn’t hot?” That level of self-awareness and introspection on “Keep It Comin'” is what this album needed much more of.

Ultimately I have to admit I like this album more now than I did in 1994, which just proves that the weight of expectations was as hard for the group as it was for their audience. I can’t blame them from wanting to get away from being the “Jump Around” guys, but the “Jock Jams” status of the song would ultimately be inescapable no matter what Everlast, Danny Boy or DJ Lethal did afterward. “Same as It Ever Was” is not an essential record to have or to listen to, but if I had to choose between this and hearing Erik Schrody sing about what it’s like, this definitely gets the nod.

House of Pain :: Same as It Ever Was
7Overall Score
Music7.5
Lyrics6.5