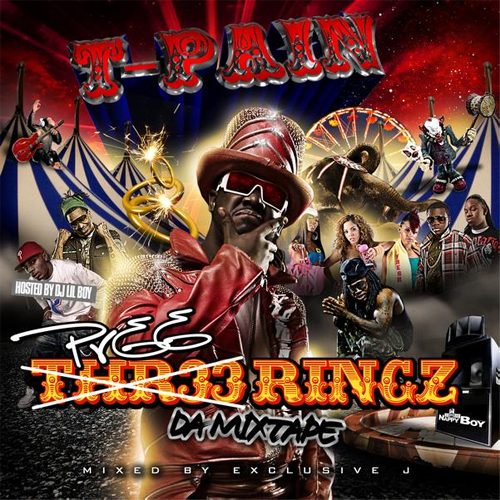 Okay, this is going to be a short review ONLY because I feel that this is something you are not going to believe unless you hear it. Many of us are familiar with T-Pain’s declaration that he was a rappa befo he was a sanga. He actually named his first album (“Rappa Turnt Sanga”) after that declaration.

However T-Pain, the man who is just about single-handedly responsible for your favorite rapper’s newfound confidence in the finer arts of crooning. Note: This is AFTER their engineer runs their vocals through a plugin by a little company called Antares. Now Snoop, Kanye, and Lil Weezy can confidently pass for your favorite Autobot on any given record. Okay, back to the review.

Anyway, the man who owes a world of thanks to Roger Troutman, and made me realize that Cher’s “Believe” was not just a fluke after all, proves on this mixtape that he would have been quite successful if he had stayed a rappa. I am not kidding about this. T-Pain is a truly nice emcee.

I had to listen to “Pree Ringz” a few times so that I could accept it. However, after several listens, it occurred to me that it was NOT that outlandish an idea. Regardless of what many people believe, the talent to consistently compose nice hooks and melodies is not a malfunction, it is an indication of high musical ability.

T-Pain has spent the last few years helping rappers move units and get shows by way of his catchy choruses and hooks; I guess it was high time that he demonstrate to the public that he is just as capable of doing the verses as well as the hooks. Since this is a free download, NONE of you have any reason to not give this a listen. Oh never mind! Just slide over to the link and see what I mean…maybe I am just crazy.