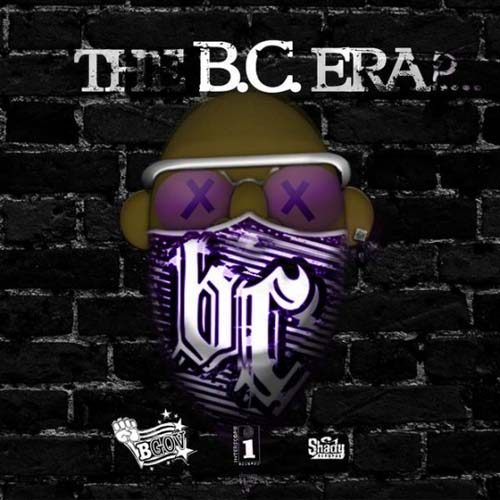 I don’t normally mess with mixtapes. I realize that it is a little ridiculous and ungracious to complain about free music, but there are so many rappers putting out mixtapes now that I just can’t do it. I get enough music through writing for RapReviews to sate my appetite for new hip-hop. I don’t have enough time to listen to a 75 minute mixtape, especially when only a handful of tracks are worth listening to, and they are all preceded by DJ shoutouts, skits, or long introductions by the rapper. To me a mixtape is like a radio show, something you might listen to once but then delete from your hard drive. After the fifth or sixth time through even a good mixtape (Wale’s “Mixtape About Nothing” or the Clipse’s “We Got It For Cheap” series, for example), the skits, adlibs, and DJ promos start driving me nuts. I have recurring nightmares where I’m stuck in an elevator with a dude that keeps screaming “WE THE BEST!” or “COMMISSIONER” or “YOU AIN’T READY FOR THIS!!”

A nicely produced EP is another story. I can find time and hard drive space for a 30 minute, 9-track EP, especially if that means that the artist has done the dirty work of separating out the wheat from the chaff for me. With an EP, you get introduced to an artist without them wasting your time with a lot of filler or half-baked tracks that should have been left in the mixing room. It also seems more equitable to the artist, who is doing all this in the hopes that you might buy a future album of his if his label ever decides to put it out. Why not have the rapper exert effort over a handful of tracks rather than recording twenty-five freebies. The economy of mixtapes doesn’t make a ton of sense to me; you record and release music for free so that people will buy the music you record and release. That’s like a plumber fixing your pipes for free in hopes that the next time your toilet is clogged, you’ll actually pay him for his services. Of course, the plumbing industry isn’t nearly as dysfunctional as the hip-hop industry, where rappers get signed to labels and then shelved for years, and where half the music they want to put out contains samples that would cost a trillion dollars to clear. Putting out mixtapes has worked well for Lil Wayne and 50 Cent, and provided the only outlet for releasing music for artists like Wale and Atlanta rapper Bobby Creekwater.

Creekwater has been signed to Shady records since 2005, but has little to show for it beyond a few tracks on 2006’s “Eminem Presents the Re-Up” and a handful of mixtapes. The 9-track “The B.C. Era” was released as a free download in late 2008. I’m not sure why Shady records has let Creekwater languish on the bench for the past five years. It seems almost sadistic to sign an artist to a label and then not put any of his music out. It sure as hell has nothing to do with Creekwater’s ability as a rapper or beatmaker, as “The B.C. Era” proves. Rest assured, this ain’t your average mixtape. It sounds GOOD. The bass is deep and rattling, the vocal levels are perfect, and none of the tracks feel half-assed or rushed. This isn’t a quickie banged out on crappy equipment: Creekwater put time into this EP.

It starts off with “Clouds,” which has a trippy, chopped-up beat that stops and starts before Creekwater lays into it with his melodic, stoned flow. The most obvious point of reference is T.I., who shares Creekwater’s laid back, slightly indecipherable delivery. Insane Wayne of the Drum Squad produced “Calm Down,” layering skittering high hats over strings. “Though we ride on the planes and the jets/make big money bets/tell the hood we ain’t finished with ’em yet,” he sing/raps on the hook. The track sounds radio-ready, which is perhaps why Creekwater’s verses are a little dumbed-down (rapping “I love my hood because I am my hood”, in what sounds like an imitation of Lil Wayne).

Creekwater himself produced three songs on the EP, “Calm Down, “When I Go,” and “Goodbye.” “Calm Down” mixes in a vocal sample with strings to create a modern slow jam, while “When I Go” is Southern minimalist hip-hop in the vein of “A Milli” or “Diva.” “Goodbye” is the biggest surprise: it uses a psychedelic soul sample that’s shown up in Madlib beats, and Creekwater spits absolute fire over it. “Goodbye” also features Creekwater’s secret weapon, singer Kamilah Sumner, who lends her voice to half the tracks on here. She sounds somewhere between an R&B diva and Lilly Allen, and adds a lot to every track she’s on.

Most of the other songs on the albums are produced by D. Focis. His beats leave plenty of room for Creekwater to go off. He’s like a Southern cratedigger, mixing old soul with Southern production elements like hand claps, pneumatic hisses, and skittering hi-hats. It’s a nice spin on Southern hip-hop, and a perfect match to Creekwater’s deliberate flow. Both Focis and Creekwater are updating the Southern sound for the new era, creating hip-hop that is smarter and more complicated than ringtone rap, but will still get your ass moving.

“The B.C. Era” has been out for a while, a sequel is due in a few weeks, and his debut, “A Brilliant Mistake,” is due later this year. If you haven’t experienced Bobby Creekwater yet, you need to track this down and download it. It is one of the best free mixtapes I’ve heard, and it is also some of the best Southern hip-hop to come out in a while. It doesn’t make a ton of sense to me that Creekwater would put the time and money into this EP and then release it for free, but maybe the strategy is working for him. I guarantee that I will buy his album when/if it comes out, because he has more than proved his worth on “The B.C. Era.”