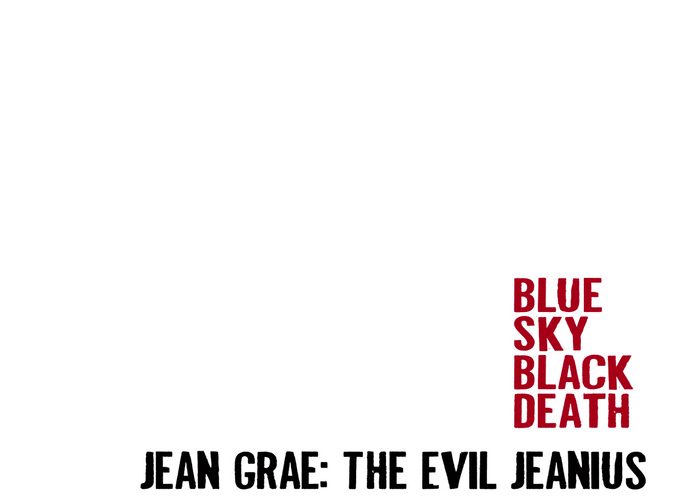 Last month, the blogosphere reported that rapper Jean Grae was offering her penmanship to anybody willing to pay for it. Referring to “The Evil Jeanius,” she wrote on her MySpace page, ‘I apparently have another unauthorized album for sale dropping Sept 30th and I figure, if everyones gonna make money offa me, why not make it directly and directly to the people who really love this shit anyway.’ The blog entry might have been titled ‘JEAN GRAE IS FOR SALE’, but the point of it all seemed more to gain back some sovereignty, rather than to sell as many 16’s as possible (at a suggested price of $800). At least that’s what I derived from statements such as ‘Sooo… lets have some fun with it.. for ONCE in a long time;’ ‘Been brainstorming about new and community involved ways to bring the music closer to you .. me closer to you. I think for an artist like myself it works best this way,’ and ‘I don’t wanna complain anymore, I just wanna change some things about the way artists are treated and the way you guys are allowed to be involved, since it IS the digital age.’

How does this affect “The Evil Jeanius”? It certainly influences this reviewer’s perception of the album, to the point that I’ve considered boycotting the release by not responding to the assignment. We’ve come a long way in hip-hop and I find it hard to accept that some people still release projects without the consent of all involved. Not to mention that the label submits no information about how “The Evil Jeanius” came to be. Who put this together when it finds neither Jean Grae’s nor Blue Sky Black Death’s approval? How old are these rhymes when her last release on that label dates back four years? Why does the title suggest that it might be a remix project of her 9th Wonder collaboration “Jeanius”? (It’s not.)

Jean Grae may have opted for sincerity and sporadically shown the vulnerability one would expect from a woman, but she ain’t the one to let herself be victimized. Check “Threats,” her “unusual musical reconstructing” of “The Black Album”‘s “Threat” (at least of the first verse, before the experiment is cut short by guest Chen Lo), where she adds her own spin to Jigga’s rhymes over an angrily stomping blues background: “Female, black and young, so they wanna strip me naked / but you’ll never have me like none of my adversaries / but catch me in Manhattan frontin’ like Halle Berry.”

“The Evil Jeanius” is a paradox in that it presents a rapper who strikes back as if she already preconceived the exploitation of her artistic labor. At the same time the venom of her lyrics couldn’t prevent the violation. If she’s really “Ahead of the Game” as one song claims, she’ll know how to make the best of this release and make her prediction “I’m still faceless, but they’ll all see” come true. It’s uncertain whether guest Blacastan was initially in the trenches with her on the aforementioned track or if he was sent down there later by the label, but fact is that both MC’s sound good over the frantically paced piano roll and DJ Mad Adam’s aggressive cuts.

She also employs effective self-defense on “Even on Your Best Day,” where she declares, “They made an optimist into a pessimist with just time / the stupid motherfuckers, Jean move shit with her mind.” She comes to the realization that “Nobody’ll Do it For You,” a song that like so many describes an underground rapper’s dire situation: “You don’t understand / When you see me on the magazines, doesn’t mean money in my hands / Like Jean on your radio / Promoters won’t pay me, though / ‘No spins? Please, we ain’t bookin’ no stadium show.'” “I’m not a quitter,” she reassures herself as she recalls her ups and downs: “I’m done, fuck shows, cancel ’em! / Next week I’m back spittin’ like a Magnum…” Together with the DJ’s scratched hook, Blue Sky Black Death manage to turn “Nobody’ll Do it For You” into an indie anthem with their purposeful track anchored by a simple but swag-heavy piano loop, thick drums and orchestral accessories.

Accidentally or not, the duo of Kingston and Young God, who have released several full-lengths on Babygrande under the Blue Sky Black Death handle (ranging from joint ventures like “Razah’s Ladder” to instrumental albums like “Late Night Cinema”) left about beats that are cut out for Jean Grae’s unsentimental, matter-of-fact monotone. Opener “Shadows Forever” is noted for sampling a seminal rock band that shares an affinity with underground hip-hop despite the decades that separate them. Set to a beat that moves slowly but purposefully like heavy machinery, Grae’s lyrics conjure up the image of an opponent that’s one step ahead:

“African misplaced
catch me up on stages one fist raised
The gas can on my waist, the match poised to strike
A tongue forked with the poisonous bite
[…]
This isn’t riddle rap, it’s just a little harder
So put your thinkin’ caps on, nigga, I rip smarter”

Jean Grae can never fully hide the fact that she’s a subversive artist that not only likes to challenge adversaries but also her audience. “Lights Out” may play out smoothly like a 9th Wonder tune, but as she says during it, “I swerve into you on purpose.” It’s that unwillingness to compromise and cater to commercial needs that hip-hop as a whole should learn to appreciate, or else it might lose her ilk for good. The feedback to rap releases is steadily dying down, and as long as rappers get some kind of reaction, they know that someone out there is listening. Agree or disagree with Jean Grae about “Take it Back,” where she misses the melanin on many levels of what she perceives as “the most influential worldwide culture ever” and complains “how we always lose control of everything we made.” But hear her out (and support her if you like what you hear). Give rappers the attention they naturally command, even when they’re being bootlegged.

Despite its dubious origin, “The Evil Jeanius” is a well rounded effort, also containing two love songs – the dreamy, shyly insisting “Away With Me” and the absolutely stunning “It’s Still a Love Song,” a worthy closer that chronicles make-ups and break-ups with sincere lyricism:

“Kissed many a mister, wasn’t Mr. Right
That’s okay, sister was lookin’ for Mr. Tonight
Then he’d call me up a couple times, we exchanged a couple lines
and I’d backtrack, repeat a couple times
When he hollered, hardly wasn’t thinkin’
Except: I’m lookin’ fresh like every ex you dream of meetin’
On the humble, tumbled down a couple notches into swappin’ spit
Gave myself and I’d know that he was poppin’ shit”

“Strikes” finally reminds us that Jean Grae is a master storyteller with a chilling account of a suspect’s thoughts and moves following an act of self-defense. On “Jeanius” (released only this year but recorded some years earlier), Jean Grae at long last seemed to have overcome her most glaring flaw, her lack of vocal enthusiasm. Here she is paired with beats that don’t necessarily breathe life into her delivery but that match her unique mixture of resignation and rebellion. But whatever the exact story behind “The Evil Jeanius,” neither Jean Grae nor Blue Sky Black Death have reason to be ashamed of it. Still, with two Jean Grae albums released this year that lyrically date back approximately four years, it’s high time for Jean Grae to project some fresh thoughts from her powerful mind.