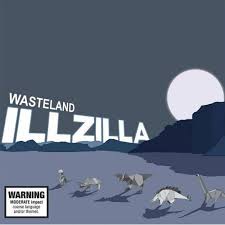 Those who still love hip-hop music and culture in their 30’s find an often uncomfortable paradigm of being either out of touch or too IN touch with the state of the art. On the one hand you’re an old fogey if you don’t think Soulja Boy and his kin are any good as artists. Even the argument “the lyrics suck but at least the music is fresh” can’t help you there because so much of what’s so popular is so monotonously BAD. On the other hand when you try to stay on the cutting edge of what’s good in rap, you only alienate yourself from the youthful side of the culture more. They’re not going to buy the latest underground release from Muph & Plutonic or Shing02unless someone hands them a copy for free (and maybe not even then). It’s the paradox a devoted head has to feel where commercially popular music is boring or insulting, yet those doing truly great innovative things are heard by an ever smaller concentric circle of listeners. If you think that’s bad as a fan it’s twice as bad as an artist, knowing you’re swimming upstream against the masses running to buyDFB’s latest. It may at times seem pointless to even try. If you want to add one more nail in the coffin, try to get accepted as a dope MC if you don’t come from the United States. Even between the shores of the Atlantic and the Pacific you get heads who won’t listen to music from another part of the country because of the “funny accents.” Try to get one of those folk to listen to a rapper from Australia or the UK and it’s GAME OVER.

If you’re reading this review right now and that’s how you feel, then I accept in advance of telling you about Illzilla’s “Wasteland” that I’m not going to change your mind or get you to cop this album. Even I must confess I wouldn’t have gone out of my way for it, because MC Mantra’s project wasn’t on my radar until a promo package arrived on my door. Having listened to the 15 tracks of “Wasteland” makes me regret it was not, wonder what I was doing wrong to not know about it, and leaves me pondering if there’s anything I can do to make you “funny accent” heads out there change your mind. Perhaps I’ll start with the production. “Wasteland” is beautifully produced from start to finish. The opening and title song done by Bobzilla and Mantra layers tracks up like a delicious cake. It starts with a strummed guitar base and keeps piling on female harmonies, finger-snapped rhythms and a plucky bass until Mantra finally arrives, rapping about waking up from a nightmarish world of our own creation (more on that in a minute). This is followed by Mista Savona’s “Break Loose,” filled with pulse quickening flutes and rattling beats that cause uncontrollable and hypnotic headnodding. I immediately mistake the lush keyboard sound of “As We Slept” for a Stoupe or Alchemist production but it’s all the work of Jules and Illzilla on the boards. That’s only three tracks, a third of the way into “Wasteland,” and I haven’t heard anything snoozeworthy yet. I’m willing to stipulate that’s true of the rest of this release too, although I particularly enjoyed the Flobots-esque sound of “Cut Feet,” the echoing and soulful “Water Song,” orgasmic melody and bass mixture on “20 Minutes” and decidedly Immortal Technique feel of “Streets Is Bloody.” The whole thing is great though.

Now let’s go back to the aforementioned lyrics. I’m afraid MC Mantra is going to lose a lot of you before we even get started. It’s not that his rhymes are overly complex and would go over your head – in fact he’s quite down-to-earth and easy to relate to. It’s not that his “funny accent” would really be that off-putting – I actually find him very easy to comprehend and understand and suspect most Yanks would as well. The only strike against Mantra is that he’s just not going to be able to produce a vapid “SUPERMAN THAT HOEEEEEEEE” type song no matter how hard he tries. Mantra is a thoughtful lyricist, an obviously intelligent man with a whole lot of things on his mind, and rapping is an outlet for him to express his fears and concerns. The title track embodies that lyrical approach:

“We’re living in a world of SUV’s, refugees
Shit’s got a finish, believe you me
Something’s wrong, I feel it now
Ain’t no more bein fearless now
Cause I’m scared of myself, scared of losin faith
I’m scared of everyone else, scared of the human race
Trapped on a planet ruled by, cash in the bank controlled by
cannibal scavengers in compassion severely lacking
Capitalist nomads, ravaging homelands
Brandishing roadmaps re-packaging Coke cans”

I regret to say Illzilla is probably going to be confined to that inner sanctum of the 30-something hip-hop head who likes well constructed beats and intelligent rhymes, who isn’t afraid of hearing a great rap even if it’s spoken in an unfamiliar dialect. I can only hope this album is a smash hit in Australia, and if I take the press release accompanying “Wasteland” at face value it no doubt is. Maybe one person out there reading this though is a Soulja Boy fan, and I can reach you. Maybe you’ve heard Nas or Jay-Z and liked what they had to say. Maybe you made the leap from there to Sage Francis because your boy took you to an underground show. Hey it’s possible. If you’re that open-minded already go one step further and give “Wasteland” by Illzilla a try. Other than Muph & Plutonic I can’t think of any other better way to dip your feet in the waters of hip-hop outside U.S. shores, and actually Mantra’s accent is a little easier to digest than Muph’s to non-Aussies… or so I would think. Go to Illzilla.com and get a taste. They won’t superman any hoes but they just mind supersize your mind.