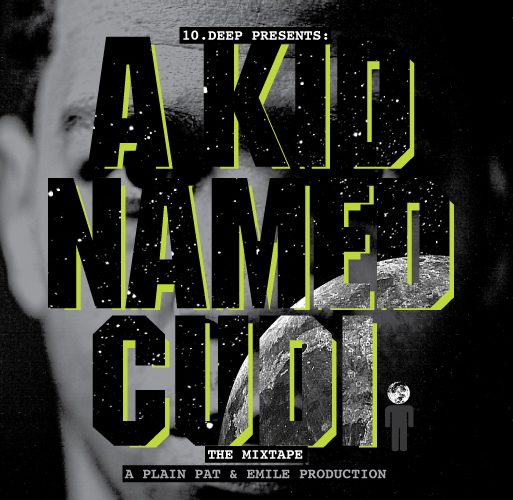 Freshly inked to Kanye West’s G.O.O.D. Music, Kid CuDi (rhymes with buddy, not booty) is creating the biggest buzz out of Cleveland since Bone Thugs. Instantly more intriguing than label-mates Consequence and GLC, CuDi could very well become a force in alternative hip hop in the near future. His recent feature as one of the ten rappers to grace the “New School” edition of XXL can only help.

CuDi has not been on his grind for very long, from what one can tell, though. “A KiD Named CuDi” is his first mixtape, yet sounds refreshingly different than the majority of mixtapes today. Whereas you might expect ClichÃ© Mixtape Rapper X to open his first mixtape rhyming to “Swagga Like Us” or “Still D.R.E.,” we’re instead greeted by the soulful guitar of Outkast’s “Chonkyfire.” Incredibly gifted at penning and singing catchy hooks, he muses: “Down and out, so I’m out and down then // lookin’ for a substance to drown in.”

Loneliness and drug use are recurring themes throughout, but don’t take this for a Budden-esque sorrowfest. Jumping on N.E.R.D.’s “Spazz,” Kid CuDi keeps pace with the frenetic drums before effortlessly transitioning into a thoughtful sung chorus. This durability instantly lifts CuDi above so many other up-and-coming emcees, as he’s able to bring the best out of nearly any beat. This talent is showcased most impressively on “Day & Nite,” which has become one of the biggest underground hits of ’08. Not really rapping and not really singing, he sympathizes with a lonely stoner. Dot Da Genius’s weird, echoing production is becoming one of the year’s most popular, though no one’s come close to reaching CuDi’s offering.

Although it’s rarely apparent, Kid CuDi’s Achilles heel seems to be his actual rapping. There’s hardly a record on the tape that is straight sixteens but “Save My Soul (The CuDi Confession)” is possibly his most impressive attempt. Reimagining the Gnarls Barkley original, he grits his teeth and rhymes:

“Ask why I don’t call
‘Cause when I was starving, you wasn’t at all
Aroundâ€”now I gotta shut shit down
Be a man, pick friends all selective now
‘You’re cool, you’re cool, fuck you
And to the bitch *****, yeah fuck you too
[…]
We all make mistakes, yes
No worries I just kill a bitch with success
While she at home stressed out, eatin’ ice cream
I’m at the Grammy’s, livin’ out a nice dream”

He’s rather easily out-rapped by Wale (“you niggas so-so like seamstress”) on the Emile-produced “Is There Any Love?,” but sounds perfectly at home on “Embrace the Martian”â€”did I mention he digs outer space? Receiving a beat from the Internet’s favorite House producers, Crookers, CuDi defends his unique style. Coupled with “Man on the Moon (The Anthem),” the Kid is helping continue the subgenre that Kool Keith pioneered and Lil Wayne has brought to recent fame.

Perhaps most impressively of all, the best song on the mixtape is arguably more R&B than hip hop. Effectively a spin-off cover of Paul Simon’s “50 Ways to Leave Your Lover,” CuDi discusses the “50 Ways to Make a Record,” a subject especially relevant considering the amount of originality on his debut. The only misfire on the tape comes in the form of “Pillow Talk,” an unimpressive semi-slow jam that is neither catchy nor creative.

We’ve already learned from Lil Wayne and Kanye West that the public is willing to embrace the martianâ€”if accordingly entertaining. Fortunately, Kid CuDi isn’t short in that respect, and will no doubt only improve upon his stellar debut given proper management and artistic liberation.

Closing note: A week from the day this will be published, Americans will be given the chance to choose our next President. This is by far the most important election of our generation; we simply can’t afford to stay stagnant. Especially the CuDi fans in Ohio (see what I did there?). Go out and vote, people.