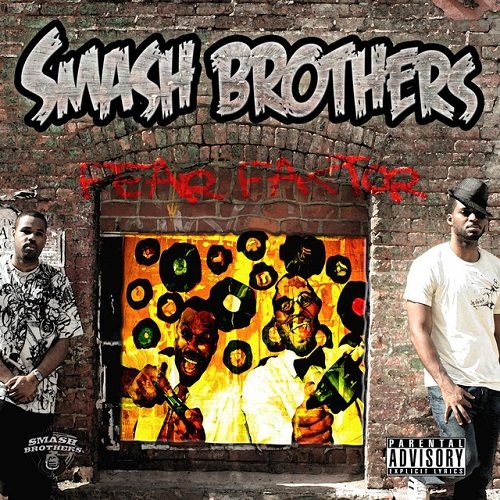 A reviewer is going to be put off by an artist who is being incredibly obnoxious, and in the last 15 years I’ve dealt with a few. The most egregious example is the self-centered prig who insists his album is the greatest thing since sliced bread, yet when you write a fair albiet critical review they insist you’re a “hater” or you “didn’t get the concept” and send demands that you “try it again” as though your opinion would change writing it a second time. Offensive and obnoxious though it may be it’s the kind of thing critics come to expect, which is why a rapper who uses criticism as a means for establishing what to improve upon and genuinely appreciates your insight is a rare pleasure – especially when you may have been a little cruel in your judgment. Politeness is always appreciated – polite inquiries about a review, polite checking up to see if you got it, polite feedback once it’s written up and disseminated to the masses – all good in my book. In the back of my head though I do question if it can go TOO FAR to the point you might wrongly suspect what you’ve been handed is a steaming pile of feces that’s been covered with sugar. You know it’s feces, yet they POLITELY insist you try a bite because it’s delicious. Pass. I’d almost rather the sarcasm and arrogance because it at least comes across as honest, whereas being insincerely nice to win favor can in the end be far more repugnant.

As you may have suspected the Smash Brothers were exceedingly polite in their request for a review. It may seem like I’m picking on them, but I don’t want you the reader to jump to a conclusion just yet. Hold off for a bit and I’ll reveal whether or not this was a sugar-coated turd. I got a very nice albiet homemade press kit and one sheet in the mail, along with a slightly less homemade and much more professional looking CD in full shrinkwrap with a parental advisory warning on the artwork. That I can certainly understand – save a buck or two on the presser and spend it on making your in-store product look more polished instead – undoubtedly the right choice. And yet my suspicions were raised by the fact a sheet of paper seemingly ripped from a high school notebook (the type with a double line red margin an inch from left edge all the way down) was folded four times and wrapped around the disc with “please review” written on the outside. I unfolded it to take out the compact disc and even MORE was written on the inside. “To whom it may concern! Please accept our album for review. Thanks, Smash Brothers.” Hmmm. I believe the act of replying with contact info for where to send your promo and press kit was a form of acceptance in itself. Our standard disclaimer has always been “reviews are not guaranteed” but even so we cover a very broad cross-section of what comes in (perhaps more than is wise given time constraints). The bio describes rapper/producer Ash Holmz and producer/musician Classicbeatz as “honest” and “heavy with substance” who “draw on a wide range of musical influences to craft their unique sound.” Perhaps even now your nose is picking up a hint of fecal odor through the web.

Happily my suspicions were dismissed by “Welcome,” the opening track from “Fear Factor.” Ash Holmz flow is classically New York, a Syracuse native and Bed-Stuy resident whose gritty delivery is equal parts Cormega and Sticky Fingaz minus the hyperactive attitude of the latter. Although their aren’t separated production credits in the liner notes (which are actually pretty minimal) I’m going to presume Classicbeatz does more of the production throughout (plus gets namechecked in the opener) and what he does here I like. A high-pitched operatic singer is layered up with hard slapping lunchroom table beats and a lush melody that meld together into a pleasant finished product. Holmz proves on closer inspection to be better than the run-of-the-mill New York not just vocally but lyrically:

“Man I’m propane to the flame, cocaine to the vein
Shells to the sawed off, player to the whole game
Somethin drastic, heat to the plastic
Stay in rotation like the globe on its axis
See my subliminals controllin the masses
Exposin the whackness, New York yo we back bitch!
It’s a wrap yo Saran all these bastards
Casket these bitches, manhandle these trash niggaz”

A little odd that Classic and Holmz are almost too polite in their presser yet certainly seem to have the requisite swagger on their musical corner, but entirely acceptable compared to the alternative. Perhaps that’s the new trend for 2008 after all – politely hardcore. As one grows used to Holmz flow and Classic’s beats on “Fear Factor” the feel and sound morphs from Cormega and Kirk Jones to Immortal Technique and Jedi Mind Tricks. The group thrives on being rugged enough to get respect from hardrocks yet artistically creative enough to win over passionate backpackers. That’s a rare combination but it can happen time and again – Kidz in the Hall pulled it off earlier this year. There’s more M.O.P. than Nintendo 64 to these Smash Brothers and it shows. “Shotz” is a little dirty and unpolished in all the right ways, reminiscent of the earliest days of RZA’s pioneering beats. “Allstarz” featuring Sixteenstone may be a typical “back in the day fond childhood memories” song, but Classic makes the melody tinkle and sparkle in unexpected and fresh ways, catching your attention and bringing focus back to Holmz narrative. Even an obligatory club track like “Party Til I Pass Out” seems a little fresher than the same ol’ same ol’ when Holmz opens with these lines:

“Yeah Ash Holmz, party like a motherfucker
When I hit the club I don’t pose like them other suckers
I ain’t come up in the club to act pretty
Soon as I hit the spot, get a fuckin round of Henny”

Now that’s some real shit for you, and I don’t mean the bad smelling kind. Despite my initial suspicions the Smash Brothers come up smelling like roses, proving that the sugar actually gave way to something that had spice. Now to be fair there are a few concerns, the first of which is that 15 tracks is an awful lot for a brand new and almost completely unknown group to come with. There are more hits than misses with tracks like the intense “Never Shall I Run” and inspirational “Rize Above,” but the duo admit in their own bio that they only just formed as a group in 2007. Perhaps a single or an EP to warm up the public to their style, sound and concept would have been nice – a whole album from an unestablished crew right off the bat may be a tough sell. On occasion Classic’s drums start to sound a little repetitive too – I find myself feeling a beat hits the same way and has the same sound throughout different songs. That’s accidental most likely but also possibly due to having a minimal budget to get or even rent different drum machines during production. Holmz occasionally has the tendency to fall into New York rap cliche as well – the “I’m real, shit is real, it’s really real” type deal. This constructive criticism is offered in the same polite vein as this press kit was offered to me. The bottom line is despite a name which could have meant cornball video game raps (not that those aren’t sometimes fun) and an approach that made me suspicious at first, Smash Brothers turn out to have serious game (pun intended) in the end with a lot of potential for improvement.