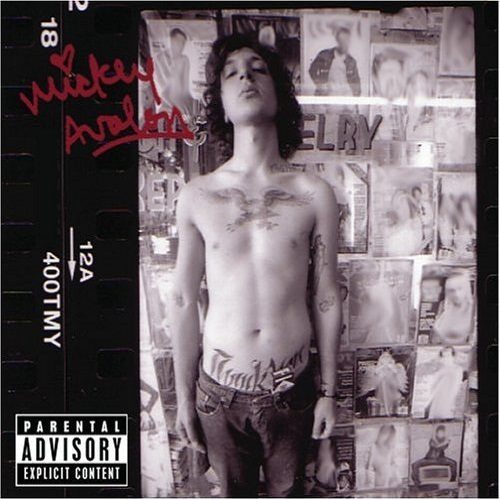 True, honest self expression can be a beautiful thing. It can not only give us an insight into that person, but into ourselves. Through an artist’s experiences, emotions, and accomplishments, we may apply them to our own lives, and assign them a meaning that goes beyond what the artist might have originally intended.

True, honest self expression can also be a horrible thing to behold. At the worst time, the raw ugliness of an individual can rear its head. The guy who farts at the dinner table, or tells you that you’re wife is ugly, who nobody wants around them. These may not be the worst moments in our lives, but certainly some of the most unpleasant.

Mickey Avalon’s form of self expression dwells mostly in the latter. Gifted with an off-beat, tone-def voice and an obsession with his penis, Avalon is here to voice his displeasure with God by “bust(ing) a nut in the sky,” or so he says in the chorus of “Waiting to Die” At least on record, he’s the pathetic guy that we’re all glad we’re not.

And there at least, he gives off some pathetic sense of charm. In a perverse way, Mickey Avalon will make you feel better about yourself than any rapper that preaches to you about your own divinity. Avalon, in between his ridiculous boasts that his dick is “bigger than a bridge” while yours “looks like a little kid’s” is completely comfortable making fun of himself, a rare quality in a genre so obsessed with image.

But even given this, and the fact that he’s actually got something of a head for rhymes, “Mickey Avalon” is an unpleasant listen. Mickey does manage, through it all, to show the slightest hint of personality, but its constantly being stripped away by beats that are awful. It’s one thing to sound dated, but this is will stand tall among the worst production ever put on record. It dries the album throughout, almost impossibly sounding even worse than Avalon himself.

Mickey Avalon does manage to show some amount of personality throughout this record, but its horrible sound, and his lame excuse for boasting poison his debut album. He, at least, is unique in the hip hop genre. Given some better beats and a little maturation of his lyrical techniques, he could evolve into something special, or at least tolerable. Until then, unless you enjoy indulging in the failures of others, stay away from “Mickey Avalon.”