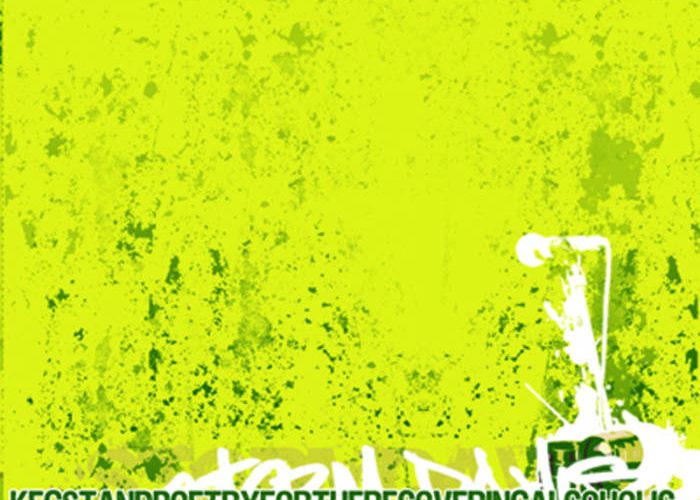 Storm Davis has got this rap game figured out. He’s got a unique image that could potentially attract an underground following. He has a distinct voice that combines the swagger of a Fabolous with the tone and depth of an R.A. The Rugged Man. He also channels the blue-collar work ethic of his hometown of Boston, mixing sample-laden, kick-heavy beats with the approach of a throwback emcee. On his official debut, “Kegstand Poetry for the Recovering Alcoholic,” Storm utilizes all of the aforementioned qualities. The record has its share of standout instrumentals, and Storm also has an occasional penchant for dropping memorable lines. There are moments, however, when it’s clear he’s an unpolished artist, and many of his guest emcees outshine him on his own LP. Storm’s flaws come down to a consistency issue. He simply can’t sustain an album twenty tracks deep, with the CD’s latter half hampered by mediocre beats and rehashed concepts.

The first quarter of the album has its share of gems. Storm’s best efforts make you feel like the planets have aligned, because hip-hop perfection is nearly reached on a few tracks. The first is “Travelin’ Man,” which features an exotic, funk-inspired beat by producer Entity. His performance on the album alone makes this record worth checking out. A George-Benson-esque vocal sample is used for the chorus, and Storm comes out hard on one of the most creative beats in recent memory. KRS-One would be proud of the knowledge he drops on this track.

“There’s a difference between teaching and repeating
There’s a difference between learning and accepting speech
So glare through the lectures, grit through the meetings
But never let them tell you what’s out of your reach
The weak demand silence and that’s what they get
But they can never fall silent and command respect
So while they demand of others just demand of yourself
Keep your heart with your crew but always go for delf”

Storm’s introspective side shines on “Just Certain Things.” The Genetics’ mellow, jazz-tinged instrumental blends flawlessly with Storm’s contemplative lines. Somber horns fade in and out, as their subtle moans combine with a gentle piano. The Genetics also bless the track with a stirring vocal performance on the chorus. Armed with a beat that instantly inspires nostalgia, Storm engages the listener with his own unique perspectives on life. He speaks on the unfair practices of the record industry and how labels often exploit their artists. He also raps about his quest to become a better emcee, rhyming about how he “searches syllables” and “spits and sweats.”

It’s impossible to deny Storm’s reverence for hip-hop culture. This is refreshing, especially in an era where the pioneers of the hip-hop game are forgotten, or in some cases, even maligned. His respect for authentic hip-hop is evident on the posse cut “Major League.” The chorus is bombarded by samples from timeless tracks, such as Mobb Deep’s “Shook Ones Pt. II” and the Wu-Tang Clan’s “Clan in Da Front.” Storm and his fellow emcees do these rap classics justice; each rapper’s verse is razor sharp, with each verse pushing the next to a higher level of lyricism. Storm elevates his wordplay to match his peers, dropping jewels like “Y’all can sit and spin with them drive-thru rhymes/ mine stand a long time/ call them DMV lines.” Guest emcee Reason ends this standout track with the intensity of a Mortal Kombat fatality.

“So you’re the greatest rapper alive, why is that?
Cause you sold a million records and you earn a platinum plaque?
A hundred people got your back
But to me you sound wack
Actually worse than that
As a matter of fact
You probably
Couldn’t hang with me
Oratorically
Bring your college degree
And get schooled properly?”

Reason is also featured on another Entity-produced posse cut. “Snakes in the Zoo” however eschews a lyrical free-for-all and instead targets the generic messages of mainstream rap. Entity once again comes through with another banger, this time employing electronica-influenced synths; a sharp contrast to the more organic beat used in “Major League.” For all of his talent, his greatest asset might be the fact that his style doesn’t follow a template; each beat has its own independent qualities.

The album begins to lag during its second half. “City on the Edge of Forever” has a great metaphorical concept, but it’s poorly executed. “Spartan” also suffers from the same case, except its distinct, flute-driven instrumental is wasted, as well. “Based on a True Story” suffers from a lack of quality control, as Storm’s voice, muffled by sound effects, is drowned out by the beat’s overpowering electric guitar.

Storm’s individual performance never reaches a pinnacle; he hovers a few notches above mediocrity for most of the album, with a few highlights in between. His rhyme pattern sounds a bit awkward at times, as if he were experimenting with his flow. The album itself, however, is a respectable effort, with the three or four exceptional tracks carrying the record. Storm might not have the most talent, but he knows how to put together a solid album, an attribute that some of the world’s greatest emcees lack.