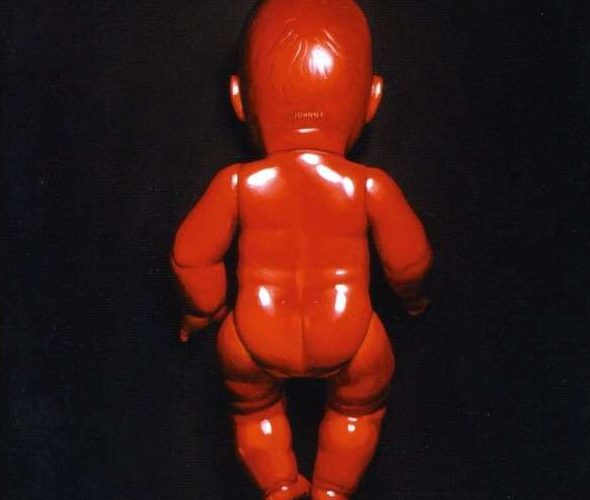 It’s always refreshing to see musicians forgo the established route in favor of a path more honest to their artistic vision. Inking with labels like Jive or Warner Bros is the quicker road to fortune and fame, but it is equally likely to result in the abandonment of your original goals in the music biz. On a smaller scale, affiliating yourself with the latest incarnation of Death Row Records may be tempting from the perspective of gaining recognition, but even a cursory review of the fates of artists who joined up with the label is enough to prove you might be better served elsewhere, especially if you have any ideas of your own about what direction you want your career to take.

San Pedro’s own Blu has already displayed a considerable amount of foresight in his dealings with potential suitors, having turned down offers after receiving overtures from both Suge Knight and Roc-A-Fella Records early in his career. Instead, he signed with indie label Sound In Color to release his debut (with Exile) “Below the Heavens,” an album which was lauded almost universally by critics and made many a year-end top ten list. Blu seems to have a thing for linking up with a single producer to craft whole albums, because since then he has released “The Piece Talks” as one half of C.R.A.C. (that’s “crass,” bitch) with Ta’Raach and “Johnson&Jonson” with producer Mainframe.

This latest effort is markedly different from “Below the Heavens” in style if not in overall quality. Instead of the cohesive, almost story-like arc of “BTH,” “Johson&Jonson” is like a game of free association for Blu as he simply lets loose lyrically on whatever subject crosses his mind. On a purely lyrical level, it’s a little more impressive just for the way Blu tears through these songs, proving there’s no style he can’t flip and no rhyme scheme he can’t master. Sometimes you can get lost in the intricacy of it all. The lyrical content, on the other hand, is lacking in the topical focus that his debut had in abundance. Blu mostly eschews the introspective tone that made his debut so revelatory, choosing to let it all hang out in a more battle oriented fashion.

The frenetic opener “J&J” sets the table, with Blu declaring his Johnson & Jonson crew “smooth as the oil and boiling hot.” The racing guitar chords build to, of all things, a flute break, at which point the beat morphs into a chug-a-chug blast of electric guitar syncopation for Blu to flow over. This is followed by the lackadaisically paced “Up All Night,” with its sparse instrumentation and plucky bass, all topped by some stream-of-consciousness, “I’m flyer than you” shit from Blu.

“Niggas be talkin’ to me crazy cuz they think they as shady as Slim
I said it’s many trees around, you gettin’ shade from a stem
That’s like takin’ all the trees out and blazin’ the stems
Or tellin’ fools that you shroomin’ when you spacin’ off of stems
Then again it makes sense because you stepped to me
Well too bad yo’ ass missed food class cuz Blu has the recipe
I made the track especially for you and you only
But fuck it â€“ tell your homies they could envy me too
Because y’all already mimickin’ little shit that we do
So tell yo’ folks go home, I got some grown shit to do
And a bunch of shit to move because the throne’s kinda heavy
So if you ain’t got a U-Haul, move off my set please
Or get director’s cut direct as fuck
Without direct effects I’m directin’ you to vets directin’ us
So if you wonderin’ what’s next for us
Probably just a blunt with some stress to puff cuz honestly we stressed enough”

The dramatic shifts in musical mood and tempo continue throughout the album as Mainframe’s beats jump from the methodical acoustic jam “Bout It Bout It” to the early 90s West Coast piano funk of “Spell Check” and the lounge lizard swing of “Long Time Gone.” One of the only constants is the affinity for dusty soul samples that dominate many of the beats, including the swaggering guitars of “Mama Told Me” and “Half A Knot,” both of whose samples almost drown out the drums on their respective tracks.

The only real drawback musically is the muffled sound quality, which keeps these precise compositions from achieving their full power and occasionally prevents Blu’s lyrics from fully hitting home. It’s a shame, really, because he’s got some amazing stuff to say, especially when he gets serious and starts psychoanalyzing his flaws and bad habits, as he does on the album’s best track (and a bonus cut) “Hold On John.” Mainframe’s beat samples the obvious John Lennon song with few alterations, and Blu’s raps about life’s ups and downs appeal to the everyman vibe evident on his debut.

“Another heart that I broke that’s beyond repair
Another unanswered question like, why are we here?
Another desire, despair, distrust, destroy proof
Another voice in the booth sick of avoiding truth
Another poison pollutes another boy in his youth
Another minimum wage for that employee with roots
Another choice but I choose to toy with my tools
Instead of buildin’ another reason we joyfully move
Another boy that we grew under another crack addict
Another reason to pick up another bad habit
Another cat broke that don’t believe cash matters
Leaves another back broke from another slash at it
Another case catchin’ up another black rapper
Another second with her, shit, I woulda back-slapped her
Another one of dad’s patterns passed down to me
Till I heard my grandpa up in heaven screamin’ down at me like- (‘hold on!’)”

The song is a tour-de-force and a powerful way to close an album that was more about joking around than waxing philosophical. It’s just another of the many styles on display on “Johnson&Jonson,” but it ends up feeling like the album’s take-home message, and it’s likely to be a main reason you keep coming back.

For Blu’s third album in little over a year, “Johnson&Jonson” is a surprisingly strong release from such a young artist. His habit of teaming up with individual producers for his albums has, perhaps counterintuitively, placed the focus squarely on his own skills as an MC since the music he raps over is so consistent throughout. This latest album has proven he can carry that load with ease and that his success has been no fluke. As for his next collaboration, I can only suspect it will be just as successful regardless of who he works with, although Mainframe has certainly helped up the ante for any who would follow.