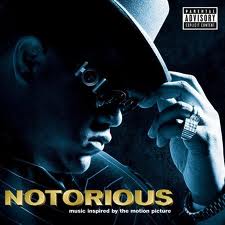 Ten years and change since Notorious B.I.G. was gunned down. Recently a rap fan sarcastically told me that Puffy has profitted off recycling the same 25 Biggie songs ever since. My first instinct was to rise to Bad Boy’s defense, then I thought about it and held my tongue. In truth looking at the Biggie related releases since “Life After Death” it’s hard to argue. “Born Again” took cameo verses and built songs around them, then filled out the album with rearrangements of other tracks. After that we got a remastered re-release of “Ready to Die,” which was Biggie’s old shit with a little new polish. From there we got the awkward “Duets” album, which took the same small catalogue of Biggie material and imagined it as collaborations with other artists. The album could have actually been called “Born Again 2” but that wouldn’t have been as marketable. While said rap fan’s sarcastic quip was not entirely accurate given that Biggie has been spliced, sliced and diced into “new” songs ever since his death, there’s certainly a kernel of truth to his statement.

The “Greatest Hits” album may have been the most honest of any posthumous B.I.G. release in how little it tried to reinvent the legacy of Christopher Wallace. The funny thing about that is that you could package his debut and his double album together and call it “Greatest Hits” and achieve the same result. When you think of Biggie’s greatest hits you need only think of ANY song from his catalogue. They all seem like hits now. They have to. We’ve heard them so much we know them by heart, because there’s nothing else to hear. Biggie was popular, Biggie was influential, but Biggie was not PROLIFIC. It’s possible if he hadn’t been gunned down we could have had five new albums of original material by now, but it’s just as possible we could have had ONE. Wallace took his time making tracks because he thought he had all the time in the world to take. Before March 9th, 1997 no one would have complained about the pace – stars are entitled to take as much time as they want as long as they keep coming back with more and more hits. Only in hindsight do we now realize we’d hear “the same 25 Biggie songs” for a decade straight.

If you were expecting the “Notorious” soundtrack to be a revelation that sheds new light on a man we didn’t get to know nearly well enough while he was alive, you should have seen the movie instead. Out of 17 tracks, 10 songs are the same Biggie catalogue one finds on “Ready to Die” and “Life After Death.” The 11th is his “Party and Bullshit” track which wasn’t on either album originally, but Biggie fans know this soundtrack song well enough to rap it word for word anyway. Just say the words “I was a terror since the public school era” to anybody who was a rap head in the 1990’s and you’ll get a Kool-Aid smile. If the movie about his life gets anything right it’s the sense of anticipation everybody felt about a Biggie album when “Who’s the Man?” put this song on the map.

“Niggaz wanna front, who got your back? (BIGGIE!)
Niggaz wanna flex, who got the gat? (BIGGIE!)
It ain’t hard to tell I’m the East coast overdoser
Nigga you scared you’re supposed ta
Nigga I toast ya, put fear in your heart
Fuck up the party before it even start
Pissy drunk, off the Henny and stuff
On some Brand Nubian shit, beatin down punks!”

The other six songs on this album represent Biggie well enough to justify copping “Notorious” while it’s on sale for $9.99, even though that’s an average of $1.66 per track. If you’re saying to yourself “That’s fine, I’ll just buy those songs on iTunes and save $4” you’re shit out of luck. Having figured out in advance that anybody who owns Biggie’s catalogue five times over would just buy the “new” material and not the rest, all of these songs save for “The Notorious Theme” are “album only” on iTunes. Why is “The Notorious Theme” the exception? It’s the orchestral score for the movie composed by Danny Elfman. No offense to the Notorious E-L-F but it’s hard to picture anyone paying 99 cents for it – Biggie doesn’t rap on it and the song only lasts two minutes and change anyway. Of the other five two aren’t Biggie songs either but they can be excused because they are from his contemporaries. Jadakiss writes a heartfelt “Letter to B.I.G.” that his widow Faith Evans sings on, and I’m cool with Kiss just expressing his feelings about the time that’s passed and what everybody’s been up to since. If you’ve heard anything from this album it’s the Kanye West produced “Brooklyn Go Hard” by Jay-Z featuring Santogold. Jigga’s track would definitely be worth buying seperately.

“I father, I Brooklyn Dodger them
I Jack, I Rob, I sin
Awww man, I’m Jackie Robinson
Except when I run base, I dodge the pen
Lucky me, lucky we, they didn’t get me
Now when I bring the Nets I’m the black Branch Rickey
From Brooklyn corners, burnin branches of sticky
Spread love, Biggie, Brooklyn, hippie
I pity, the fool with jewels like Mr. T
With long history in my borough, they borrow
With no intentions of returnin, tomorrow
The sun don’t come out for many, like Annie
Half orphan, momma never had an abortion
Poppa sort of did, still I managed to live
I go hard, I owe it all to the crib
Now please tell me, what the fuck’s harder than this!”

That leaves three Notorious B.I.G. songs which are arguably “new.” Now for those who have heard the Mr. Cee “Best of B.I.G.” mixtape or Biggie’s demos these are not “new” at all. From “Microphone Murderer” to “Love No Ho,” all three tracks were recorded in the Hitman DJ 50 Gran’s basement in Bed-Stuy back in 1991, and SOUND like they were recorded in a basement. The vocals bounce off the walls and back to the mic, the instrumentals are scratchy and rough as hell, and the tapes these songs were recorded to had probably been recycled ten times. The songs are historically important, and these sessions are actually portrayed in the movie with the actor playing Biggie spitting the same verses in 50’s basement, but don’t expect the quality of his studio work with Bad Boy. When you rip the CD with iTunes each song is described as a “demo” and that’s exactly right – this is the material Biggie was shopping around when he decided to put the street life to the side and try to make legal money in the rap hustle. Some of the lines he spit were good enough for him to reuse them in his professional studio sessions later, which just goes to show even Biggie himself knew the value of recycling his material.

The irony of the “Notorious” soundtrack is that it may actually be a better “Greatest Hits” album than his actual “Greatest Hits” album, even though it’s not presented as such. The demo tracks would have been better served on that disc for the Biggie fans who HAVEN’T heard them, and would have been equally appreciated by those who had as representing the budding artist who came to be a superstar. It’s also a cool tribute to his father to have CJ Wallace doing a “duet” with his father over the “One More Chance” remix, more appropriate than anything on the actual “Duets” album. Considering “Greatest Hits” came on the 10th anniversary of his death this concept would have been very fitting as a way to show Biggie lives on in his son. Don’t dwell on this too long though, because it’s just an uncomfortable reminder of how many of the posthumous tributes to Biggie done by Bad Boy have fallen short or felt incomplete until now. It’s going to bother purchasers for a minute that they didn’t get it right until they made a movie about his life, but once you get past that “Notorious” is the “Greatest Hits” album they should have done all along – demo tracks, tribute songs, his biggest hits and a couple of new songs from his friends giving him props.