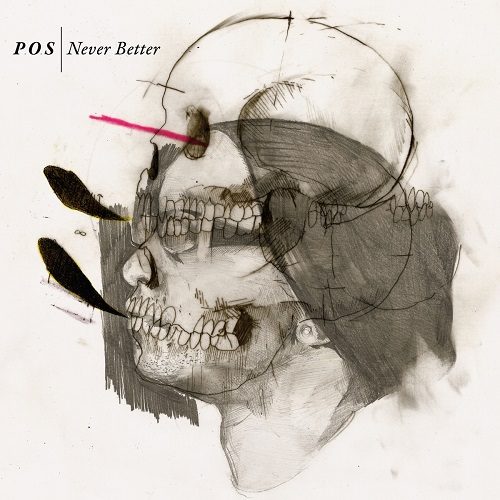 My two favorite genres have always been punk rock and hip hop, for similar reasons. Both represent the voice of the street, the underground who aren’t part of mainstream society, the least likely to succeed. There is a sense of urgency, honesty, and grittiness in the best punk rock and hip hop that is missing from mainstream music, and there is a great sense of satisfaction in seeing erstwhile fuck-ups have successful careers as recording artists. Who’d have thought that a kid from the projects would end up transforming musical landscapes the way the RZA did, or become a media mogul like Jay-Z? It’s just as unlikely that the middle-class son of a Washington Post reporter would end up defining not just straight edge culture but DIY culture like Ian MacKaye did with Minor Threat and Dischord Records, or that a group of hippies and artists would team up with a young punk as Crass to create the asthetic and musical template for British anarcho punk, and turn thousands of young punks onto vegetarianism in the process. Both genres thrive on rebellion, conflict, and controversy. Both genres have been watered down and co-opted many times over, always to see another underground rise up in reaction to the perceived artifice of the mainstream.

As similar as the two genres are in some respects, they are also very different. Punk is primarily made and ingested by middle-class whites, and hip hop is still largely an African-American art form (although middle-class whites are one of its largest audiences). Punk is also very much about celebrating being down and out, while hip hop is what marketers call aspirational, nakedly praising money and the good life. More fundamentally, punk is all about three chords and an attitude, while in hip hop the beat reigns supreme. Perhaps thats why there are very few examples of artists that can sucessfully fuse the two genres.

Stefon “P.O.S.” Alexander is one of them. He grew up playing in hardcore bands in his native Minneapolis, and manages to bring the urgency and righteous anger of punk into the world of hip hop. He struggled to juggle the two genres on 2006’s “Audition,” but gets the formula right on the aptly titled “Never Better.” The best example is “Drumroll (We’re All Thirsty),” the first single off the album. The beat, produced by P.O.S. himself, is simple: an incessant drum roll, and some ominous guitars straight out of Black Sabbath. P.O.S. raps like he’s hurling down a hill at 100 miles an hour, inches from totally losing control, but still managing to keep it together. The chorus is a shouted refrain of “Step up your game, lames/we’re all thirsty!” It’s one of the most exciting 2 minutes 37 seconds any artist has produced in some time.

P.O.S. uses another drumroll on “The Basics,” but this time from a jazz record, filling it in with a hard electronic beat, and a moaning blues singer providing the melody. The beat drops in and out like a schizophrenic on meth, and the result is something that is both unsettling and banging. “Terrorish” also manages to ride the line between punk and hip hop, with P.O.S. rapping over guitar squeals and live drums, and ex-Kid Dynamite vocalist Jason Shevchuk offers his screams for the chorus. “Get Smokes” has a similar sound, although with some funk guitar thrown in for good measure. On all of these tracks, P.O.S. manages to mix the aggro of punk with the beats and rhymes of hip hop without either sounding out of place.

His vocals are what tie it all together. A lot of the album was supposedly recorded in a moving car, and there is a frenetic feel to it. P.O.S. raps like he can’t get the words out fast enough, but he never stumbles over his words or sounds rushed. His lyrics are also political but cryptic, so that they are open to interpretation by the listener. His last album opened up with the line “First of all, fuck Bush.” Here, he opens with a middle-finger to Bush, and a skeptical reception of his successor:

He continues the thought on “Savion Glover,” asking “where’s the party at, democrat?” As happy as P.O.S. may be to see the Bush admistration leave, he is clearly not ready to embrace Change We Can Believe In, or think that any president, even Obama, might be able to magically fix the deep-rooted problems facing the country. The album is full of references to the war on terror, the economic crisis, and the struggling working class.

“Savion Glover” also features a more ‘traditional’ hip hop beat, with snapping snares and cuts and scratches (and a Fugazi sample). The Lazerbeak-produced “Goodbye,” with its synths and soul vocal sample, sounds ready for radio, as does the sparse, hiccupping beat on “Out of Category.” It’s about a biracial kid growing up not fitting in, and ultimately finding salvation in punk rock and hip hop (not unlike P.O.S. himself). It features some of P.O.S.’s most powerful lyrics, as he describes the boy’s relationship with his father:

“He’d seen his daddy with a pipe
Too young to understand
Life ain’t coming from this man holding hands with ’em
He prolly didn’t mean to hit ’em
he prolly didn’t even mean to plant his seed
Is my picture in his wallet with ’em?
He’s thinking prolly not
An even so it’s prolly rolled up withs some coke in it
Old and out of focus”

P.O.S. takes it down a little on “Never Better,” with its clicking snare beat and piano, and “The Optimist” has a similar sparse snare beat. “Purexed” starts off with just an organ and guitar picking, before exploding into rolling snares and guitars, and a melodic chorus straight out of a post-hardcore band. It’s another testament to how effectively P.O.S. can meld the worlds of punk and hip hop, and reminded me of Fucked Up, who are similarily engaged in pushing the boundries of hardcore punk (albeit not towards hip hop).

Like Fucked Up’s “The Chemistry of Modern Life,” P.O.S. has created something that sounds vibrant and alive, and stretches the narrow limits of the genre. In fact, “Never Better” is one of best-sounding albums I’ve heard in a while. It practically jumps out of the speakers, and P.O.S.’ passion and enthusiasm are palpable and infectious. The few lesser tracks on the album are easily ignored given how good most of the album is. It’s the kind of record that reminds you why you love music to begin with. This is some other-level shit, and P.O.S. is redefining what hip hop can be.