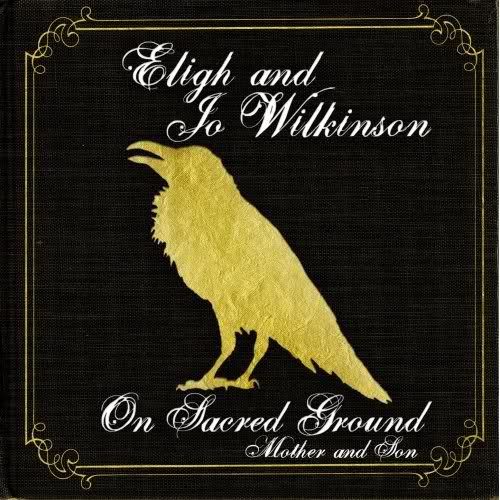 If collaborations between relatives in hip hop are sparseâ€”the Juggaknots trio being one of the few worth mentioningâ€”albums joining mother and son are downright rare. One wouldn’t be faulted for expecting such a record to sound entirely mediocre, reveling in its novelty and straying from any sort of reason for the odd coupling. This makes it all the more remarkable that “On Sacred Ground” is quite the opposite of said presumption; Eligh & Jo fully embrace the central themes of the album, nary shying away from the familial atmosphere.

Indeed what helps the pair carve out a special niche in hip hop is their intimate collaboration, Eligh (of Living Legends) producing most of the album whilst Jo’s singing is present on every track. I should mention that Jo Wilkinson is not usually one to sing over breaks, nor does she have an ordinary voice. Her haunting vocals boom and croon in a sort of folk/soul tradition, incomparable to anyone I can think of off-hand.

“On Sacred Ground” is split into roughly two halves: modern folk and organic hip hopâ€”though they blend superbly because the themes of family, love, and nature are omnipresent. Almost all of the hip hop tracks are long and rewarding, offering well written verses from Eligh and fellow Cali MCs The Grouch, Pigeon John, and Minneapolis’ Slug. Jo really shines on the hooks here, providing moody lyrics to complement the equally thoughtful rapping. “Honor Me” is probably the best meeting of Jo’s voice, Eligh’s live production and his flow, delivering an intimately vulnerable verse concerning the fourth commandment.

Unfortunately, the other half of the album isn’t nearly as praiseworthy. As interesting as Jo’s voice is, her solo songs tend to drag, and even Eligh’s live production (including assists by Jo’s faithful guitarist Robert Miranda and Ozomatli’s Jiro Yamaguchi) can’t hold one’s interest for more than a couple minutes. It’d make for OK background music I suppose, but then the concept is lost. Thus an otherwise well-executed album ends rather wearily, concluding with twenty minutes of exhausting solo tracks. The outro poem is an appropriate note to end on, but loses some of its power because of the tracks preceding it. Still, as the agreeable rating implies, it’s an album worth listening to if only for the hip hop tracks and novel concept.