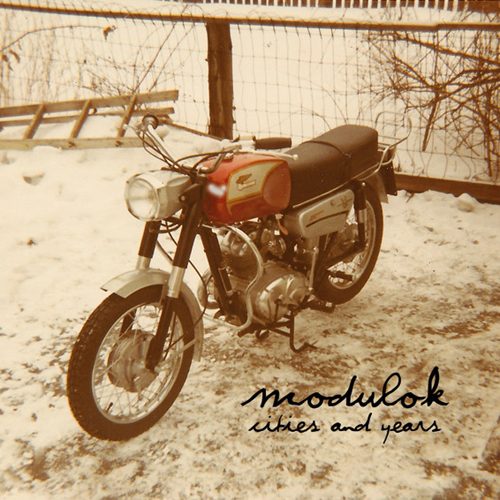 If grimy is what you’re looking for, you’ve come to the right place. With music surrounding him while growing up with Guyanese calypso legend Dave Martins of the Tradewinds, Canada’s Modulok has lived for music for the entirety of his life. Gaining buzz from his initial collaboration with producer Vincent Price thus forming the duo of Red Ants, Modulok’s forceful and insistent came to life in albums such as “Phobos Deimos” and “Omega Point.” With subsequent single releases produced by Omid and Fresh Kils, Modulok paired up with UK’s Bare Beats and released the applauded album of “Two Cities.” This time around, Modulok introduces a more introspective album with executive production from Leon Murphy. With a more soulful sound, Modulok’s latest album, “Cities and Years,” attempts to provide a more in depth look into life’s adversities and the many struggles he faces daily. Claiming to be “his most sophisticated recording to date,” “Cities and Years” retains the grittiness that Modulok is so well known for, but brings to light a more subtle side of the emcee that has never been seen before.

In an artistic and ingenious way, Modulok shares his knowledge and experience through his familiar outlet of music as he breaks down the core of what life consists of in “Cities and Years.” As he remains optimistic, Modulok shows how to appreciate life for what it is worth while staying positive despite life’s struggles. “Cool and Deadly” rationalizes how life can be unfair at times, but getting through the battle is a gift in itself as he shows to “give thanks everyday even when you’re fed up.” With its funk beat and deep bass guitar, “Keep Moving” provides the message that celebrating life is the key to surviving through ongoing trials and tribulations as Modulok explains:

“When it rains it pours
I’ve learned that before
So many times, my misery is nostalgic
In fact, sometimes I welcome it with a smile like
‘Hello, old friend. I ain’t seen you in a while’
Raise my glass and just bask in my fate
And the harsh warm feeling sinking in my chest plate
Isn’t life great
I give thanks everyday
‘Cause the bad days
Beautiful in their own way”

The standout track, “Ink Spots,” is undoubtedly my favorite in “Cities and Years.” Leon Murphy’s producing talents shine in this track with its conceptual beat full of abstract sounds and chaotic order if there ever were such a thing that exists. As Modulok discusses what he’s learned through his own life experiences while personifying time as an entity, his skills as an emcee become truly apparent. Although the track ends in a long instrumental, Leon Murphy did it right with the somber tones from strings while incorporating the abstract sounds once again for an appropriate ending.

As a recurring challenge for most individuals, relationships, love, and heartache are trying subjects to say the least, but Modulok tackles them head on in “Cities and Years.” The great thing about Modulok is that you can relate to his lyrics so easily and in turn, understand where he’s coming from as all of us have been there and done that. With a soulful beat full of somber trumpets, “Your Boyfriend’s a Cokehead” explains the wanting and needing to be with someone who is already in another relationship, but in the end feeling as though you would probably be the better choice. Modulok goes into detail about his desire to be with a certain lady while pointing out everything that is going wrong with her current boyfriend and relationship as he says:

“… You can’t see through his fallacy
Surely you can see the shady movements that he’s moving
I can do such a better job of the job he’s doing, doing
Or should I say not doing?
I keep pursuing
Due to my conviction that he warrants an eviction
From the little piece of your heart
That he occupies like a fly
It kind of seems like every time he hurts you
I was always there
In the background, hanging around
But what can I do, but face the truth
‘Cause he’s with you”

On a more positive note, Modulok shows off the many different ladies that surround him on a daily basis in “All the Girls.” He explains the he wants his cake and eat it too as he seems as though he can’t choose between the good girls and the bad girls or between the sweet versus the sassy the ones. If only we could have a little bit of everything; sorry Modulok, not in this lifetime.

Modulok has remained unstoppable with “Cities and Years.” His collaboration with Leon Murphy proves to have been worthwhile, as together, they are genius. Modulok’s cadence and delivery are unmatched as his lyricism is clear, concise, and witty. His skills go far beyond your everyday “off the street” emcee as seen from his ability to remain grimy in a more pensive album such as this. Many emcees lose themselves in introspective albums as they usually become more understated, but Modulok characterizes himself even further while being able to address his personal battles. All in all, with only eight tracks on the album, my only complaint is that I wish there were a few more songs to listen to.