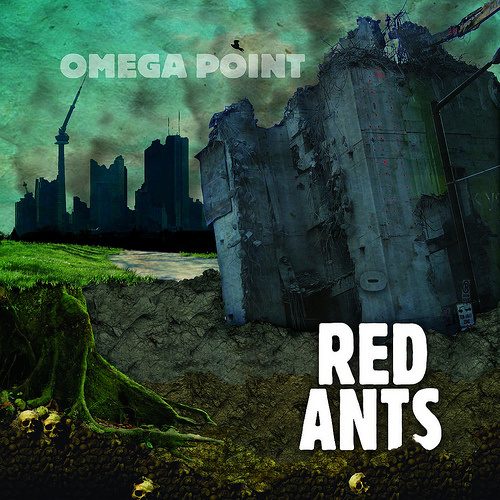 It begins with a phone call taken from an old movie. A man answers, “hello?” A piano starts, then some electronic drone. Suddenly a pounding beat starts in, and then just as suddenly cuts out, replaced instead by a Voice, booming, cocky, and menacing. The Voice says:

The beat cuts back in, and the Voice continues:

“Little chapter in a very long book
You probably wouldn’t understand even if you took a look
All that is solid melts into thin air eventually
Revenge is a bitch, we are your own biggest enemy
Someone once said a pretty smile isn’t all
But sometimes the little simple things will make a man crawl
God created everything then wrap your head around this:
Everything is beautiful, even when it’s hideous”

And then the Voice is gone, replaced by a clicking drum beat that sounds more Nine Inch Nails than Three 6 Mafia, which then morphs back into some Bonham-esque pounding, layered with scratching, movie samples, and keyboards. It’s all over in two minutes and forty seconds.

That’s “Amplification,” the intro to Toronto duo Red Ants’ sophomore album “Omega Point.” The Voice is Modulok, and the beat is provided by Vincent Price, a producer who is more of a post-modern composer, creating nihilistic symphonies out of samplers and found sounds. Price experiments with his production, and colors far outside the lines of a standard hip hop track: he incorporates sounds more common to electronica and industrial music; he draws beats out a few bars longer than you’d expect; and at times he cuts out the beat altogether to let Modulok go acappella. “Dirty Space Alchemy” starts off with a drum fill over a humming keyboard. A kick drum and high hat are looped over and over again, until you are begging for the beat to kick in. Fifty seconds in, it finally does kick in, along with Modulock’s verse and the keyboard. “A Kind of Grim” mixes sci-fi synthesizers, reverbed guitar, and a cello to create a beat that is ominous and creepy. “Versus” features latin instruments and a timpani drum, which then give way to a skittering hi-hat with washes of synths and Star Trek sound effects.

The beats that are bleak, oppressive, heavy, and totally awesome. It’s the kind of music that demands repeated listens with headphones so that you can discover nuances you missed the first twenty times around. It’s like El-P meets Trent Reznor meets the RZA goes to hell: layered, complex, and evil as fuck.

Vincent Price has the perfect partner in Modulok, who has a slow, deliberate flow, and lyrics that are equal parts horror movie, gangsta badass, and paranoid schizophrenia. “How you gonna act like a gangsta? You soft, kid. You’d be scared of the chicks that I party with,” he explains on “Dirty Space Alchemy.” Later on he says, “She’s a werewolf, and every full moon I go/ out drinking and the Lord above knows/I pray when I get home that she’s human again/ and hasn’t murdered all the neighbor’s chickens and hens.” “Psychic Dictatorship” and “Keep Your Satellites Out of My Brain” both deal with government mind control conspiracies, and they mention AlexConstantine.com in the liner notes, which is a website devoted to similar conspiracy theories. “A Kind of Grim” talks about sucker MCs who have lost their minds, putting a creepy twist on the standard beef track.

Modulok has a way with words, and is a good storyteller. He also pops off some good one-liners, saying he’s “rowdy like tailgate party in Chernobyl.” He strays from the typical gangsta posturing and hip hop bravado to present a persona that is more menacing. Where most rappers want to be like the bad guys in gangster movies, Modulok wants to be like the bad guys in classic Marvel comics â€“ supernatural, all-powerful, and cool as hell.

Take “Versus,” which starts off sounding like it is going to be a celebration of hedonism. It begins with Modulok rapping “since I was one years old, I’ve wanted tons of gold.” However, rather than just talk about partying with strippers, Modulok takes a left turn, and starts rapping about pain rather than pleasure: “Pain is greater than pleasure/ think about it and you’ll see/ that pain will take pleasure in the alley, break its kneecaps.” It is completely unexpected and completely unsettling.

“Omega Point” is meaner, scarier, and creepier than your typical hip hop album. While other rappers are trying to be gangsta, Modulok and Vincent Price are satisfied with being evil. Price’s beats are banging, intricate, and sinister, and they are perfectly complimented by Modulok’s booming rhymes. This is a duo to be reckoned with. You’ve been warned.