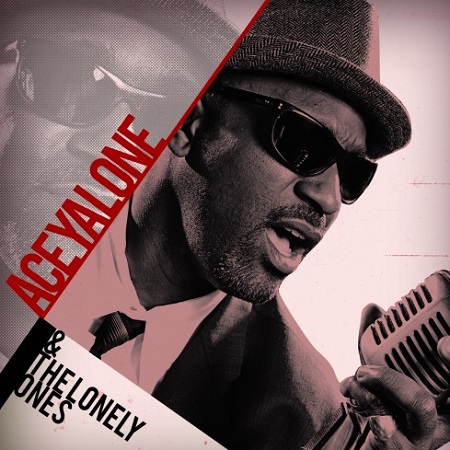 “The Lonely Ones” finds Acey in the midst of a three-part series of albums that pays homage to black music genres of the past by merging them stylistically with hip hop. The first, “Lightning Strikes,” was a mash-up of hip hop and its most immediate predecessor, reggae. It featured the production talents of Bionik, who supplied the dancehall riddims to enhance Aceyalone’s incisive flow and add that Caribbean vibe. For “The Lonely Ones,” Bionik is back, this time providing the doo-wop stylings that propel the album.

Unlike some rappers who attempt to tackle other genres, Aceyalone really goes all in here. He doesn’t just sprinkle in some R&B elements or have a guest come in to sing a few hooks. Instead, he jumps into the music feet-first, making it as much of a doo-wop album as a rap album. Bionik and the live band give it an authentic old school soul feel, complete with shaky falsetto choruses and wire brushes on the drums. What’s more, the shuffling cadences bouncing off the snare drum are mirrored in Acey’s ample flow in one of many synchronies between music and lyrics that occur on the album.

The mood is set from the opening “Live at the Firehouse Intro,” where Ace One riffs with an imaginary audience and introduces his live band before setting off into the melodic excursion of the title track. After doing the standard R&B spoken intro to the song, pondering the nature of loneliness and one’s response to it, Bionik comes in with a hook straight out of the 1960s “wall of sound” period, wailing all over the track before ceding the floor to a stoic Aceyalone, who proceeds to run down a tale about meeting a young lady on the side of the road with a broken down car. As with most of the songs here, this one is light on the socially conscious themes that Aceyalone fans may be familiar with â€“ and which were more prevalent on “Lightning Strikes” â€“ as he opts instead for the romantic perspective engendered by his choice of genre. The lyrics are still on point, to be sure, albeit a step or two below the “Annalillia” level even when in the same vein:

“She had her hazards on
She pulled over to the side
I pulled over next to her and said, ‘Baby, is there something wrong with yo’ ride?’
She said, ‘My generator’
I said, ‘Your carburetor?’
She said, ‘My starter won’t start,’ but in my heart of all hearts I was thinkin’ I could date her
I said, ‘Should I call a tow?’
She said, ‘I don’t think so’
I said, ‘Just jump in the ride, I could take you anywhere that you gotsta go’
She said, ‘I’m not that easy’
I said, ‘I’m not that sleazy’
She said, ‘Well, I might as well take the lift, you could drop me off by the heezy’
I said, ‘Now that’s a trooper’
Somehow I knew I’d scoop her
I said, ‘Just put your seat back and we can have a chit-chat and talk about our future’
That’s when I fell in like
She was the lonely type
She was the only type right for me, out rollin’ on a lonely night”

Bionik reprises his role in the higher registers for “The Way It Was,” whose electric guitar tone and drumbeat mimic the early ’60s sound to a tee. There is also a reprise of “To the Top,” which appeared on “Lightning Strikes” as well. It’s more of a call-and-response song from an even earlier era, but whereas it was spiced up with upbeat guitar strokes for the reggae version, it’s offset with prominent handclaps and twangier guitars this time out. The song worked well the first time around, and it isn’t really altered enough to merit its inclusion here, but it’s a fun little number nonetheless.

“Workin’ Man Blues” and “Power to the People” follow that up with the only tracks to focus on weightier material. It’s still upbeat fare, with the big band sound of the former and the catchy repetitiveness of the latter, but they do serve to insert some more serious topics into the mix. Bionik’s chorus for “Workin’ Man Blues” is exactly the kind of thing that will get stuck in your head for days at a time (trust me, I know).

Overall, the album works very well, even if it’s not the most compelling work of Aceyalone’s usually mesmerizing career. And while some were initially disappointed with “Lightning Strikes,” I can’t help feeling like that prior effort had more heart to it than this album does. Because the dancehall sound was such a departure for Acey, it was hard to swallow his going in that direction immediately, whereas he sounds completely at home over this R&B material. That might seem like an endorsement of “The Lonely Ones” over “Lightning Strikes,” but it’s actually not, because the reggae-themed disc eventually won you over not just in spite of, but also because of its unique and different character. Acey went out on more of a limb and in the end succeeded with the earlier album. That’s not to say that “The Lonely Ones” is not a great listen with some lush music and clever lyrics. It’s just the second-best of the two albums in the series thus far.