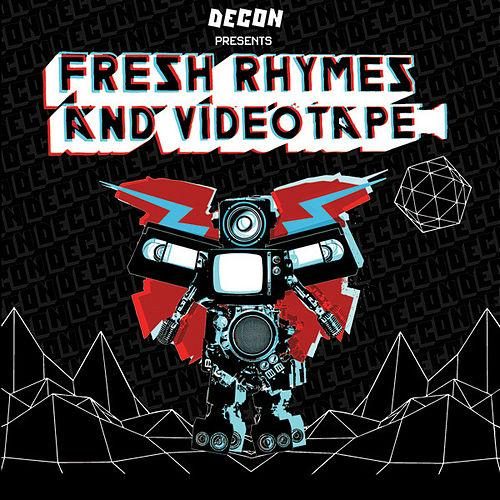 This is being reviewed as a CD release, but be wary that in this package the customer is offered one compact disc and one DVD (hence the title). Either part of the equation alone would not necessarily be worth your time, but together the typical underground hip-hop fan will find a lot to like here. Sure enough, many of the elite Decon has to offer drops some hot bars, between Dilated Peoples, Aceyalone, and more. Here is the breakdown.

DJ Babu blesses the jumpoff with the slamming “FRV Intro” instrumental. It is complete with his signature cuts and an anthem-like feel that belongs on an Evidence solo outing. It is just discouraging that it lacks the presence of an emcee, like Evidence, to fully compliment it.

Luckily, Babu’s next offering, “Legendary Status,” does not have the same problem. This time Rakaa and Aceyalone ride over the Jackson 5 “ABC” sample. The sample is only really distinct in between verses whereas, during the bars, most of the beat is sparse with high-pitched treble. The content is pretty standard self-indulgence and the end result is only mediocre.

That seems to be the case throughout much of the disc. We do not get the “All Balls Don’t Bounce” Aceyalone, nor the “Weatherman”-version of Evidence, but instead pale shadows of their top forms. The Dilated Peoples’ “The Last is First” produced by The Alchemist sounds more akin to their earlier work which suggests that they may be heading more squarely towards their roots as a staple of the underground instead of seeking commercial appeal as ‘the next big thing,’ which is a refreshing turn.

The 88-Keys joint, “I’m Like” is structured almost exactly the same way as Mickey Avalon’s “My Dick,” which was most notably in the feature film, “Harold & Kumar Escape From Guantanamo Bay.” Mars Whiteman, the relative unknown featured emcee, sounds extremely similar to the aforementioned Avalon, too. Through some kind of voice-distorter he rhymes a couple of humorous lines along with the simple keyboard beat. The most notable bars go as such, “Your more like cold, I’m like the tundra region/You’re like a sitting duck, I’m Dick Cheney in hunting season” and “I’m like Hef, you like to run from bunnies/ I’m like pussy is free, you like crack cost money.” This is certainly not the most complex of tracks, yet most will find it more entertaining than the some of the others on this short-lived EP.

It seems the best is saved for last when first listening to “Left Out in the Cold,” thanks to a more-subdued jazzy feel from The Alchemist and a solid first verse from Aceyalone, however it starts to lose its’ steam along the way. Both 88-Keys and The Alchemist, who are mostly known for their stellar beats, make mic appearances on a couple of occasions on “Fresh Rhymes and Videotape” and it is not necessarily welcomed.

Again, to make this a more complete experience, there is a DVD here that is broken up into three sections after you get past the strange Japanese-inspired menu. Those are: The Video, Music Video and Concert. The first part is just 12-minutes of documentary-like footage of the artists just chilling, giving the viewer a closer look at hip-hop culture in a very raw way. The music video is kind of misleading as it is just the same footage from before with track 2 from the CD, “Fresh Rhymes and Videotape Anthem” playing in the background, as opposed to being a video specifically made for the song in question. The concert will be worth the low price point alone if you are a fan of these artists. It takes place at The House of Blues and all of them get their chance to shine. Highlights are Chali 2na (of Jurassic 5) and Aceyalone on stage together, performances of Evidence’s “Mr. Slow Flow” and Dilated People’s “Worst Comes to Worst” to close the curtains.

Don’t buy this package for just the CD or DVD. If you are one of those people that will never watch the video, it just won’t be worth it for you. However, despite the lack of any new material that is truly grabbing, “Fresh Rhymes and Videotape” has some elite characters in the underground scene bringing you a slice of pure hip-hop.