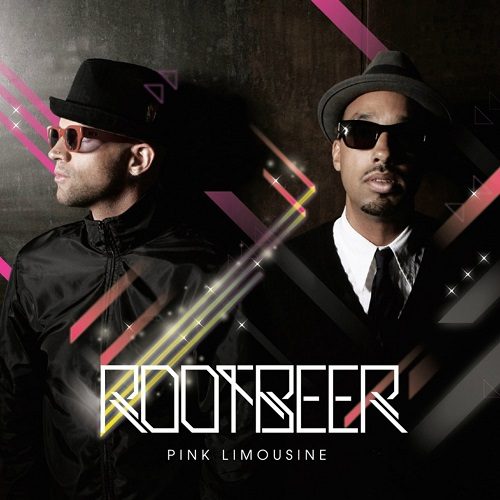 Ah, the many faces of LA hip hop. For a region pigeonholed by a genre that faded over a decade ago, Los Angeles retains quite a diversity of styles that have managed to flourish side by side. Very few of these have made it onto the national stage, which has been dominated by the invisible hand of Dr. Dre for the last twenty years, but that doesn’t mean the music isn’t there, bubbling just beneath the surface. From Dre/Aftermath and Death Row’s many other remnants, to the Good Life CafÃ© and its offshoots, to the extended Alkaholiks crew, to today’s crop of true scoolers, SoCal remains a fertile ground for musical exploration.

LA Symphony is one of many groups to emerge from these environs around the turn of the century, and the collective flourished in part by using the area’s deep roots to construct their debut offering, “Call It What You Want.” Enlisting the help of various members of the Black Eyed Peas and the Pharcyde, as well as Prince Paul and Mario C, the group quickly found an audience for its quirky yet clear-eyed millennial vision. As with most collaborative projects, there was a clear break-out solo star in the bunch, and in this case it was Pigeon John. Multiple solo projects later, he has unleashed a steady supply of new releases and worked with everyone from California natives like Abstract Rude and Lyrics Born to Def Jux aficionado Rjd2 and underground legend J-Live. Now, after reaching a larger audience with his last album and its distribution through Quannum, Pigeon has gone back to the fold to record with fellow LA Symphony member Flynn Adam as Rootbeer.

With Flynn working the boards and Pigeon John flexing his vocal skills, you would expect “Pink Limousine” to be an enjoyable journey at the very least, and it is. Whether it’s the techno bop of “Pink Limousine” or the sun-baked groove of “So Good,” the music is as refreshing as their namesake, even if it is equally devoid of nutritional content. It’s not that there’s anything wrong here; it’s just that this has all been done before. “Chimpanzee” bounces around on a faux N.E.R.D. vibe, complete with pounding percussions and acoustic guitars straight out of “She Wants to Move.” It doesn’t help that the chorus of “Jump up like a chimpanzee!” isn’t particularly inspired either. “Girlies” then switches to Midwest flavor with a Cool Kids impersonation, down to the minimalist beat (missing only the use of vocals saying “tick” and “boom” for drums) and the chopped up chorus. Neither song is bad. In fact, they’re both likely to get stuck in your head and have you coming back for another listen. Beyond that, however, you’ll probably just stick with the originals.

The duo seems to find its groove on the latter half of this short 5-track EP. The frenetic pace and organ stabs of “Under Control” are an ideal backdrop for the trademark Pigeon John singsong chorus, another one that’s likely to lodge itself in your subconscious for days. The best of the bunch is the closer “So Good,” on which the pair narrates the tale of a relationship that their friends just wouldn’t understand and their subsequent decision to keep it to themselves. The more sober subject matter suits them well, especially as it connects with their LA Symphony origins, and ends the album on a good note.

Pigeon and Flynn don’t really have a lot of room to display their wares here, but over the course of five tracks they do a good job of familiarizing you with their own diversity of sound. And they certainly do mix it up, incorporating a multitude of styles in a relatively short amount of time and pulling it off quite well. The only problem is that, even though all the different approaches feel pretty natural, they also at times feel recycled, leaving you waiting for the originality that always marked LA Symphony work. Not that you can’t expand on a good thing, but a little more grounding in their obvious base definitely wouldn’t hurt here.