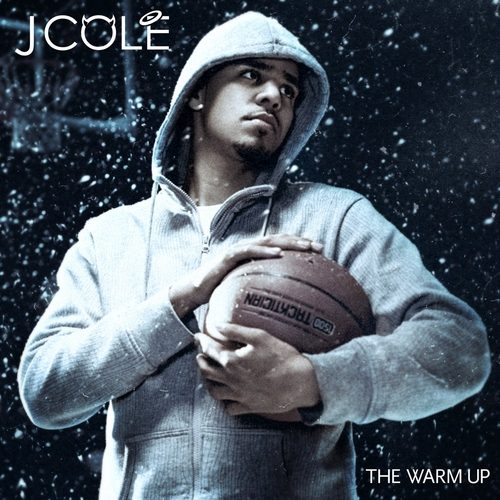 “I’m finding the more I grow the more ya’ll seem to stay the same
Don’t even know the rules but yet ya’ll tryna play the game
And ain’t it shameful how niggas blame hoes for giving birth
To a baby that took two to make, coward nigga you a fake
How you gon’ look in yo son’s face and turn your back
Then go start another family dog, what type of shit is that?”

I imagine it was at this point of “Lights Please” that Jay-Z made the decision to sign the 24-year old Fayetteville native J. Cole as the first artist to his brand new Roc Nation record label. And while the young emcee’s acerbic flow surely reminded Jay of a younger version of himself, one wonders if it was J. Cole’s conscious commentary on gender relations that won him over, a theme Hov has never truly captured in between “Big Pimpin'” and “Song Cry.”

And this was all before the mixtape was even finished. J. Cole, nÃ©e Jermaine Cole, graduated from St. John’s University a couple years ago and has since released two (mostly) self-produced mixtapes, “The Come Up,” and this summer’s most polished release, “The Warm Up.” And though Cole tips his hat to his boss multiple times throughout the tapeâ€”rhyming over “Dead Presidents,” remaking “Can I Live,” and borrowing a couple beats from Kanyeâ€”there is enough fresh social and racial description amongst the sharp wordplay that he manages to establish a voice of his own. That being said, his no-bullshit back-to-basics rhymes seem to be what’s holding him back from the fame (internet or not) that Wale, Kid CuDi and Drake have achieved; he never jumps on a popular indie artist’s beat or even attempts a bouncy track that would likely get play on the radioâ€”he just raps, raps, and raps some more. And while he’s not quite up to the task musically to carry a 74-minute mixtape with straight rapping, there is a LOT of music to flip through and appreciate, if not from start to finish.

Opening with a handful of smooth, laid-back biographical cuts, “The Warm Up” does just that on a freestyle over Talib Kweli’s “Get By,” letting loose and riding the beat flawlessly: “Either you gon’ whine or you climb, I chose the latter // I know you haters is pissed, hold ya bladder though // â€˜fore you get tossed like a forward lateral.” His “Dead Presidents II” is as impressive as anyone whose rapped on it since ’95, and he flexes an above-average penchant for storytelling on the stalker plotting “Dreams,” transforming the trumpets from Kanye’s “Drive Slow” into a devious noir soundtrack. And while there are a number of worth candidates, my personal favorite track is “I Get Up,” reflecting the anxiety of struggling during a recession in sharp contrast to attempts by Young Jeezy and other artists who simply aren’t struggling like that. There’s no blind Obama ass kissing here, but rather bleak disillusionment:

“Politicians hollering bout problems but I ain’t gon’ vote
Keep talking bout change til we floatin in the same old boat
So tell me how I’m supposed to feel what the Presidents spoke
When he ain’t never had to struggle, ain’t never been broke
Ain’t even rode through the ghetto, ain’t never been close
Trusting this government like trusting the devil in oath
A rebel with quotes, I GET UP
Lifestyles of the young, black and reckless
A generation of niggas strapped and asking questions”

That he manages to come up with an optimistic chorus in between such hopelessness is a testament to both his shrewd hook writing and his ability recognize that defeat is not an acceptable option. A lot of older hip hop fans bitch about the new generation’s departure from the raw lyricism and boom bap sound of late â€˜80s and â€˜90s hip hop. Disgruntled hip hop heads, I give you J. Cole.