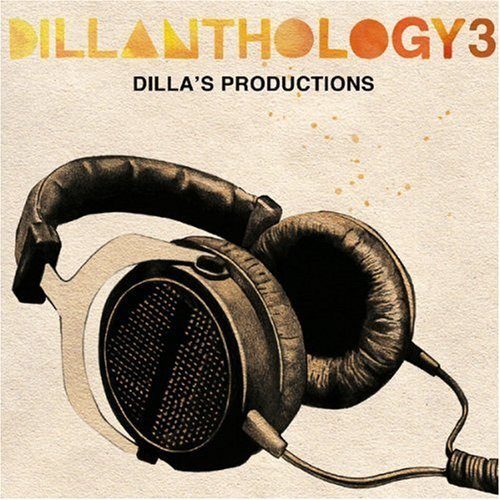 Honestly I think it’s beginning to get a bit ridiculous. I miss James Yancey as much as any man alive. The news of Dilla’s death on February 10th of 2006 hit me hard – possibly too hard. It made me miss living in Michigan. It made me miss Slum Village. It made me purchase a “J Dilla Changed My Life” t-shirt that I rock with pride every summer. I have every album he released while alive, and almost all that were released (or re-released) posthumously. There’s no doubt that when to’ up I’ve shed tears in Dilla’s memory, and for me his memory looms as large as Biggie & ‘Pac. Despite that I think it’s beginning to get a bit ridiculous. How many posthumous compilations of Dilla do we need? It’s not as though these albums are presenting new Dilla material that has never been heard before – they’re just selecting choice cuts from his catalogue of work and arranging them strategically. I was okay with the first Dillanthology, a little surprised the next edition came only a few months later, and in an even shorter timespan since then we’ve already reached “Dillanthology 3

.” This HAS to stop. It’s gone beyond paying tribute to shamelessly pilfering his hallowed classics.

Fortunately (and thankfully) the press release accompanying this CD declares “Dillanthology 3″ the last in the series. I’m not sure why it needed to be a series in the first place, or why they couldn’t have taken more time to compile it together as a three disc set, or what’s to stop Unexpected Guests” by DOOM, revamped into the song “Sniper Elite” (1:56 in length) with the Metal Face Villain flowing over it. It’s not as though DOOM did a bad job with it, and I’m sure the Yancey estate approved the usage, but reviewing both albums so close together when I’m already convinced Dilla is being overexposed smacks me right in the face.

As noted, what you can find here was already available elsewhere earlier, and it’s all in my own personal Dilla catalogue. “Pause” is from “Welcome 2 Detroit” as is “It’s Like That” and “Featuring Phat Kat.” “Raw Shit” featuring Talib Kweli is from “Champion Sound” as is “The Red.” “Nothing Like This” and “Crushin'” are from “Ruff Draft,” while “Glamour Sho75” and “Reality Check” (originally named “Reality TV”) are from the very recently dropped “Dilla Stay Paid.” Perhaps most insulting, you can find “So Far to Go,” “Won’t Do” and “Baby” on “The Shining,” possibly the most important album in his entire catalogue, coming out the same year as his demise and opening a lot of eyes as to how influential and revolutionary he was long after he was here for us to tell him personally. So really, what reason is there to own one-fourth of a 12 song album, as opposed to just buying the WHOLE album? Again I ask, what is the FREAKIN’ point? These are not extended takes, exclusive unheard tracks, greatest hits or whatever. The compilers of this album claim some sort of pattern or logic to their selections – I just don’t see it and I don’t hear it. I’d rather hear the songs on the original albums in the original context.

If the scoring of the review leaves you perplexed after reading this rant, don’t get it twisted – every song here is great. On technical merits there is absolutely nothing wrong with any Dilla track included. On spiritual merits for continually reshuffling and rebranding his catalogue there is EVERYTHING wrong. Dilla fans would enjoy “Dillanthology 3” if they didn’t already own all of what’s here on their own. Non-Dilla fans could learn something about his genius from listening to it, but it’s the same thing they could learn buying any of the albums the songs found here come from. You may have felt motivated by love for the man to pick up the first two albums as I did, but honestly the third time around the jig is up and I must with all due respect to Rapster (who at least are paying some sort of tribute to the man three years after his death – that counts for something) tell you don’t bother to pick this one up. If you don’t own a Dilla record go buy “The Shining” instead.