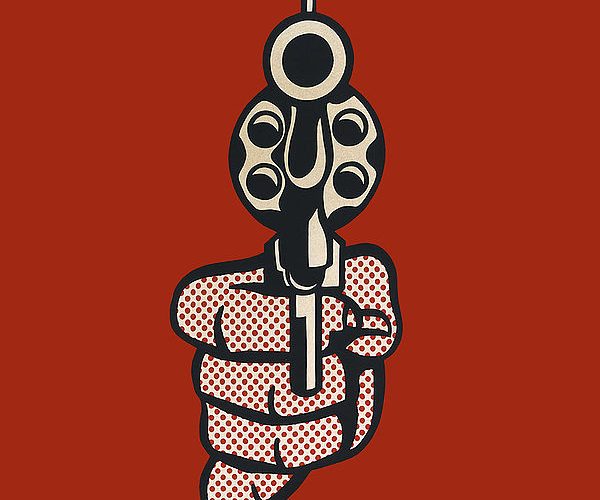 Daniel Swain b/k/a Danny! has been releasing the best albums you should be kicked in the ass for not owning since 2004, featuring self-produced South Carolina soul with lyrics that are as interesting as they are introspective. It’s arguable that Swain is either what Kanye West would be without the ego and the drinking problem, or that Swain is Kanye West with much better raps. For the uninitiated this may seem like absurdly high praise, but long-time RR readers will know we’ve been covering Mr. Swain since he first released “Charm” and that we’ve been consistently impressed by his efforts ever since. It came as no surprise to us when he was nominated for a Grammy award – sadly he did not win. It was even less surprising to learn that indie large Definitive Jux had signed him to a deal 2007 – sadly no official album from the imprint has surfaced. That hasn’t stopped Mr. Swain from putting out records on his own though, including the critically acclaimed “And I Love H.E.R.” last year.

So it’s 2009 now – “Where Is Danny?” Thankfully I don’t have to wait for Def Jux to give me an answer, because I’m fortunate that Mr. Swain sent me a promo copy of his album. Originally the latest Danny! CD was slated for release today, but trying to find a retailer that has a listing for it is tougher than the proverbial search for one needle inside a haystack. Even more remarkable though is that the Definitive Jux online store has NOTHINGavailable for this popular artist. Zip. Zero. Zilch. None of his old albums and definitely (definitively) nothing new, including “Where Is Danny?” The question posed by his album’s title becomes more and more apt, and yet it’s not entirely obvious who should be held accountable in this situation. Articles that suggest Swain is “reclusive” are not entirely inaccurate. Even when Danny! got a supposed PR person to help him coordinate print and radio interviews, following authorized channels seems to result in dead-ends and no replies. It may just be that Def Jux has as hard a time getting ahold of Mr. Swain as everyone else. For this reason “Off the Hook” may be the most appropriate song on his entire album:

Okay, Swain likes to live his life uninterrupted – that’s understandable. At least when we give Danny! the time and space to live his life with no distractions, he comes back with music that makes it worth the wait. Take the title track for example – while hip-hop heads going back 15 years or more may immediately flash to “Time’s Up” by O.C., for most of his audience the beat will be all brand new. Even if you know the instrumental, you don’t know it the way Swain used it, taking different samples from the original Les DeMerle track and extending them out to give his rap a jazzier snap closer to the original song. While the beat and the horns alone would be a fun ride, Swain’s rap is a full-fledged and unapologetically comic answer to the question everyone kept asking the last two years:

“Everybody wanna know where the fuck I’ve been at?
Been in fuckin Pembroke, with the fucking skin rash
On edge, sippin from a keg of vinegar
Playin Simon Says alone, collectin Pez dispensers
Stalkin Megan Fox, sendin death threats
She my sihlouette then I jetset
Sellin breast sweat in water bottles (uh-huh), lost the lotto
Readin Robert Frost to this lipgloss mulatto
Hit Teresa up for booty flicks
Hackin phones – I’m the one that leaked Vanessa Hudgens nudie pics!
Accident prone, spill cologne on my laxatives
Signed to the Roc shortly after Mickey Fats did (fuck outta here)
Coke and Vicodin, smokin right in your face
Boat rise in Kuwait, ghostwritin for Drake
Been around the world eleven times
Built a clonin machine, created seven Kevin Federlines”

Oh SHIT, so THAT’S where Danny! has been and what he’s been doing! At least he can joke about it, but it just goes to show there’s a lot of pent-up demand for his Def Jux debut, which thus far has gotten so little promotion from his erstwhile label one might not know it existed at all. Since Swain is a producer as well as a rapper though, there are plenty of times on “Where Is Danny?” where he’s perfectly content to let his beats do the talking. Even there Danny! lets his whimsical attitude shine through, as follows the short “Sloppy Joe, Pt. 1” with a two minute musical “commercial break” that could easily be left to Beaver and Wally Cleaver. Few producers would title something “Nah, I Don’t Like This Beat Yo” and leave it on their album – Swain would. He’s even got a track which is literally accurate called “Seven Seconds of Static.” You can’t take his beats for a joke though, no matter how much Danny! likes to kid around, because “Turn Me Up” is literally true as well. You’ll want to keep cranking it louder to pick out the subtle layers of sounds and the different background vocals in different languages. Come full circle back to his rap and you’ll find Swain spitting universal truth on “I Ain’t the Walrus” (koo koo kachoo).

“Nothin left to prove (left to prove)
So I’ma hit you with somethin that’s extra smooth (extra smooth)
And I’ma give you one muffin with extra blue..berry’s necessary
But, you can pick ’em off, that euphemism was lost
Never take what I say at face value (never)
Marinate, what I say it may wow you
Levitate, don’t let negative space surround you
Feelin good, feelin great, how are you?”

Pretty good after listening to “Where Is Danny?” While D. Swain likes to hint that he’s ghostwritten songs for everybody from Bow Wow to Drake, it would hardly matter if it was literally true because he’s saved the best material for himself. His passion for music comes through in every note, from the loosely autobiographical “Mama I Want to Fucking Sing” to the darkly devious pianos of “Theme Music to a Killing Spree” featuring Danny Brown to the bopping “Get Down” which at times seems like a more soulful and less electronic 2009 update of “It’s All About the Benjamins.” Missteps are rare on this 26 track release, so I hate to single them out, but even as a joke “Crank Dat” wouldn’t be funny. Ladi Jade sounds like a poor man’s version of Lady Sovereign, and she wasn’t really a great rapper in the first place, plus there’s nothing about the beat or tempo that’s CRANK at all – I’d rather turn it down than up. “This Is Your Life” is a nice showcase piece of Danny’s swinging jazz production, but at over five minutes it really starts to drag on a bit. Other than those minor flaws the reclusive Mr. Swain has another winner on his hand with “Where Is Danny?” Hopefully the answer to that question will be “at your nearest record store and on a world tour” (with Muhammad, my man). There’s no reason for Def Jux to hide him from the spotlight – Danny! has already been shining in it for years.