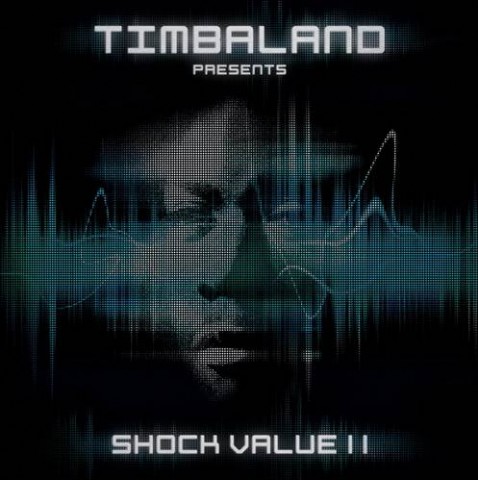 There are only a few producers out there in rap who can get away with putting their name on an album and be a bigger star than anyone rapping on their tracks. There are even fewer who can crossover from hardcore hip-hop heads to become a mainstream household name. There’s only ONE who has scored chart-topping hits for Bubba Sparxxx, Justin Timberlake and Missy Elliott while still managing to get away with freestyling on their songs. That’s right – Timothy Mosley b/k/a Timbaland is the hip-hop (some would say hip-POP) producer who can sing, scat and rap on other people’s hits and they don’t say shit, largely because (1.) he’s got the musical Midas touch and (2.) his contributions are mostly fresh. It’s not like he just whispers his name over and over, yells at you to “LISTEN TO THE TRACK” or throws in an entirely unnecessary “yeah” every few bars.

While Tim is not the greatest rapper or singer of all time, he avoids embarrassment well and often surprises listeners with how fresh he can be when he flows solo. Still it’s collaboration that serves Timbaland best, which is what made his “Shock Value” album such a musical and commercial success. In the entertainment business success breeds sequels, so it’s no surprise that Tim came back with “Shock Value II” or that his ear for making the right collaboration over the right beat is still well tuned. In fact it would have been a shock if Drake HADN’T been on “Say Something,” the first single to drop from Timbaland’s latest album. Drizzy is everybody’s favorite Canadian import other than Molson these days, but there’s little doubt Tim returns the favor with a smooth and slow flowing track. Tim subtly uses a little touch of AutoTune without being annoying, and adds his own rap that compliments Drake without taking away his shine – in fact Timb follows his lead on the lyrical topic.

Timbaland: “If I was unsuccessful, would you be satisfied?
I need a paramedic, girl I’m feelin paralyzed
If I could choose you would always be a friend of me
The mo’ money I made you’re actin like my enemy – it’s cra-zay!
I can’t help if you’re feelin changed
Thought the pressure would turn you into my diamond babe
How can somethin so familiar, be so strange?
Closest friends get estranged when your status change”

Drake: “How I go from being the man that you argue with
to me and Dwayne Carter putting out the hardest shit?
I should wanna go back to the one I started with
But I’m addicted to this life, it’s gon be hard to quit
Yeah, just ask me how things are coming along
You could tell me that you’ve never heard none of my songs
Long as you end up saying one day you plan to listen
Cause what’s a star when its most important fan is missing?”

“Say Something” only scratches the surface of the collaborations and productions Timbaland has to offer on this album. “Morning After Dark” reunites Timbaland with Nelly Furtado for another bouncy, electronics heavy song featuring his pounding bass, crispy stick slapping percussion and video game-esque melodies. “Carry Out” puts Justin Timberlake in the mix over a backdrop that sounds like jelly jars being struck with spoons, only your ears get to feast on his audio jam. While these two collaborators are familiar to hip-hop heads, Tim pushes the envelope wide open and shoves Miley Cyrus in an express package to your cranium on “We Belong to the Music.” If you are familiar with the star of Hannah Montana, just imagine “Party in the USA” done to a high energy hip-hop beat and you’d be on the right track. Speaking of the right track, “If We Ever Meet Again” featuring Katy Perry may turn out to be one of Timbaland’s biggest pop songs to date if pushed correctly. Her saccharin singing meets his sweet sound perfectly for a pure audio sugar rush:

Perry: “Do you come here much? I swear I seen your face before
Hope you don’t see me flash, but I can’t help but want you more
Baby tell me what’s your story? I ain’t shy and don’t you worry
I’m flirting with my eyes – I wanna leave with you tonight!
Do you come here much? I gotta see your face some mo-oore!
Some more, cause baby I’llllll never be the saaaaaa-aaaaaame
If we ever meet again…”

Hold up, stop, wait a minute – while the beat on “If We Ever Meet Again” SOUNDS like a Timbaland track, it’s actually done as a collaboration between Jim Beanz and Timbaland – and since he got first billing in the liner notes one suspects Beanz is largely responsible. In fact if one’s paying attention Timbo has actually brought in far more outside help than usual on the boards this time around. “Meet in Tha Middle” is a straight up Polow Da Don beat, and Tim only gets a co-production credit on it, when in fact his biggest contribution is sharing the rapping duties with female newcomer Bran’ Nu. The opposite of that coin is Jerome ‘Jroc’ Harmon only getting a co-production credit on “Tomorrow in the Bottle” and “Timothy Where You Been” featuring Jet among other tracks.

No one would ever accuse an acclaimed producer of Timbaland’s stature of putting his name on other people’s beats, so one can only assume there’s a certain percentage of recording studio duties that entitles him to a co-credit or vice versa that’s up to Blackground Records to decide when revenue from the album is divvied up. Regardless it’s not a pure “Timbaland Presents” situation like it has been in the past, where one felt Timbaland was simply showcasing artists he felt deserved the shine over his own high quality sound. The sound’s still high quality on “Shock Value II,” it’s just not 100% his own any more – maybe 50%, maybe 75%, all depending on what the co-credits really mean. That doesn’t take anything away from how enjoyable this album is, but unfortunately if you buy the wrong version of this CD you DO get four songs taken away that are on a bonus disc: “Long Way Down” featuring Daughtry, “Marchin On” featuring OneRepublic, “The One I Love” featuring Keri Hilson and “Symphony” featuring Attitude, D.O.E. and Bran Nu’. Make sure you purchase the right version.