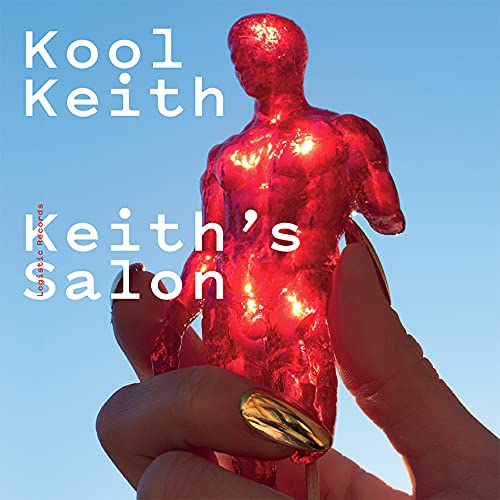 Keith Matthew Thornton b/k/a Kool Keith (among a hundred other aliases) is the type of rapper to say, “Fuck your opinion. I do what I want, when I want, how I want, and if you don’t like it kiss my ass.” After a career spanning an incredible five decades from the 1980’s to the 2020’s, he’s more than earned that right. From his time with the Ultramagnetic MC’s to his wildly eclectic solo work, Keith has never failed to entertain, innovate and create his own lane to travel down while confounding fans and critics alike. With the loss of some many rap legends recently (DMX and Shock G among many others) it brings joy to my heart to see “Keith’s Salon.” There’s no guarantee what you’ll get when you press play on a new Kool Keith project, but I’m happy he’s still here doing it and hope he will be for years to come.

“That’s me at the table for three
Me, Beyoncé and Jay-Z
They told me I’m the top skater in Skate Key
I was in L.A. before the Hollywood sign”

Describing “Pipes” as a lead single seems like more of a marketing gimmick than a carefully orchestrated decision. For example — “Pipes” could be switched for “Style On” and achieve almost the same effect. Similar tempo, similar minimalistic production from electro-techno team Triple Parked, similarly random lyrical topics sprinkled with Keith’s insatiable libido. “Once I roll up behind her, her thong drop/She do a 69 when she hit the salon shop/get her nails done and all that/Cooking the pot (cooking the pot)/whip it up (whip it up!)” Where are we going with this? Do yourself a favor — don’t try to figure it out. As Keith says himself, “Your corny flow wordplay is a problem/your choruses sound like you singing in the shower/they metaphor couch potatoes.”

“Your momma put on glossy lips to pay her bills with Sprint.” That line as much as anything on “Keith’s Salon” may exemplify the level this release is on. A single stream-of-consciousness thought from Keith that loosely rhymes becomes both the title of the song and its hook. Even though he decried “shower singing” rappers on another song, he indulges his own penchant for warbled crooning on this track. If Keith Thornton was anything other than contradictory he wouldn’t be nearly the fascinating individual in rap he’s been for almost 40 years. If you’ve been with him for the long haul you learn to roll with the punches, the quirks, the multiple personalities and fetishes. He’ll tell you how fake the music industry is then put on a plastic wig and call himself “Black Elvis.” Is he mocking the falseness or is he celebrating it? Both. Both is good.

For a dozen tracks and 40+ minutes of “Keith’s Salon” the listener is taken on a journey that’s classic Keith Thornton, warts and all, simultaneously perverted, perplexing, profane and profound. Kool Keith is the apex of an artist who creates art for his own enjoyment, then leaves it up to the audience to create their own interpretation of it. Sometimes he veers close to more traditional beats and flows on a song like “Fashion,” but other times on a song like “Extravagance” he fires words at a microphone machine gun style, caring little for a structure you could call “bars” even though he does rhyme here and there. It makes sense to Keith and that’s all he cares about.

If there’s a significant flaw to here it’s that his uncompromising style works best when paired with a really strong producer like KutMasta Kurt, and while Triple Parked creates an interesting, sparse, echoing electronic background for Keith’s flows, they never really harness his manic energy. It’s usually not head nodding, and occasionally it’s little more than coffee house background noise for Keith Thornton’s spoken word poetry. While “Keith’s Salon” won’t go down as a landmark record in Kool Keith’s vast catalogue of music, I’m still glad he’s here doing his best to keep hip-hop weird, wild and pornographic all at the same time.