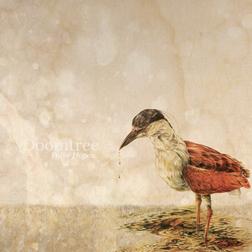 Minnesota has burst onto the indie rap scene like a bat out of hell. Last year, the Minneapolis-based Rhymesayers label put out albums from the likes of Mos Def, Eyedea and Abilities, Brother Ali, Atmosphere, and P.O.S. Look at any “top 10 of 2009” chart and you’ll find at least a couple of these artists listed. And from the news of El-P’s departure from Def Jux management, it may be fair to say that Midwest backpackers have toppled the NYC giants. But one label does not a great rap city make.

Fortunately, Rhymesayers is not the only crew holding it down for the Twin Cities. Doomtree Records, a tightly knit hip-hop collective, is also making waves, even if they are felt more regionally than nationally. I have gotten into at least one debate about who makes up Doomtree, but it seems that the â€˜tree’s core is comprised of MCs P.O.S., Sims, Mictlan, Dessa, and Cecil Otter and producers Lazerbeak, Paper Tiger, and MK Larada.

All of these MCs can flow. All of these producers can handle the boards. Doomtree’s last album, 2008’s self-titled, doesn’t much exemplify this, but 2007’s “False Hopes” does. Not that the crew members are perfect. Dessa’s tendencies towards neo-soul, as exemplified on “If and When,” are tired. Mictlan’s flow is choppy. The instrumental “A Candle in Chicago” sounds like elevator music.

But whatever. There are such gems on this record that it is easy enough to write-off the blemishes as inevitable bi-products of an eclectic group of musicians constantly pushing the envelope. “Flex,” the LP’s opener, finds the MCs trading verses over a ferocious minor bass line with a contagious confidence. The chorus’s homage to Company Flow â€“ “I wanna be paid, mc, berserker” – sends a clear signal; Doomtree appreciates their influences, but is not stuck in the past. They will do what they do if they are the only ones who appreciate it.

Though with tracks like “Slow Burn,” they must have known they were bound to acquire some followers. Sims’ smooth-as-ice, down-and-out ramblings begin the track over two delicately plucked electric guitar notes backed by subtle snare and hi-hat. Mictlan then enters for the next eight bars â€“ his more aggressive style perfectly commenting Sims. The beat remains perfectly composed liquid jazz-rock. The chorus then climaxes, with the two MCs spitting at the same time over a baritone horn. This song is sex. You should listen to it.

But what would Doomtree be without contributions from each of its uniquely talented MCs. P.O.S. spits with rapid-fire wit over sci-fi bleeps complimented by heavy drums on “Hot Monotony.” Cecil Otter writes perhaps the world’s first campfire rap anthem on “A Hundred Fathers.” Dessa’s wordplay murders as she blazes through her spoken word keeping up with an impossibly varied beat on “No Homeowners (Renters Rebate).”

Still, while each rapper in Doomtree seeks to accentuate his or her own style, ultimately they find unity in their unconditional respect for each other and willingness to go on their hip-hop journey as an unbreakable crew. P.O.S.’s first words on the album say it all: “Doomtree, fuckers.”