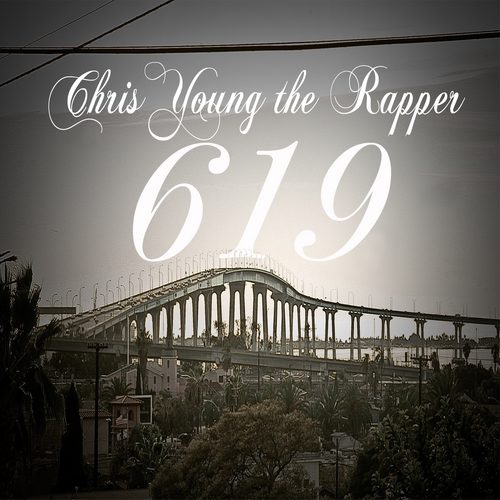 The line between mixtapes and albums has gradually blurred over the past few years. Once a promotional item that could only be found on street corners and in barbershops, the mixtape is now a worldwide phenomenon with tons of mixtapes proliferating what many would call an supersaturated hip-hop landscape. Some mixtapes can even purchased at both major online retailers and brick-and-mortar stores. A lot has changed in the past five years or so. With so many artists clamoring for time in the limelight, it puts pressure on folks to have the wittiest rhymes, the hottest beats and top-notch marketing teams at their disposal.

Enter Chris Young the Rapper. He was actually introduced to RapReviews readers as YoungOne back in 2005 with his album, “Let Me Live”. The reviewer of that release was quite impressed by the then sixteen year-old emcee’s scope of subject matter and how he utilized his voice. He went on to say: “A flow both unique and mature, beats that would make Missy Elliot sit up and take notice, and a subject matter that it’s almost hard to believe is coming from someone who’s only been on the planet for 16 years, and in the hip-hop scene for less.”

Fast-forward to 2010 and now YoungOne goes by the title Chris Young the Rapper and he’s now on Cisco Adler’s Bananabeat Records, instead of self-releasing his music. Apparently in the time between “Let Me Live” and “619”, Chris had enrolled in college before deciding to leave and pursue his dream. With a lot of grit and grind, he managed to book his own shows. After a chance meeting and opening up for Cisco and Shwayze, he ended up joining their tour in 2008. Young released his “Mood Swing” EP in April of ’09, setting the stage for him to sign in August of the same year.

“619” (the area code for the southern half of San Diego) is a representation of many of the memories and experiences that have helped to mold Chris Young into the artist he is now. The music is provided by a well assorted cast of producers that includes Cisco Adler, Ski Team, The Futuristics & Ebelz and The Crew From Finland, among others.

The alb–uh, mixtape kicks off with “Fuckahipster”, “Stadium Rap” and “Sugah.” From this trio of songs, it becomes apparent that the kid has some talent and can rock even the busiest of beats. Things get stripped down to the bare acoustics on “Touch The Stars” which is produced by and features Rossy providing both the guitar and accompanying vocals. The bouncy “It Was All A Dream” is produced by Cisco Adler and features playful, but clever lines like “Imma be the next Chris, to hit Rihanna.”

One of my largest concerns when listening to the first few songs on this release was that the bredth of topics the previous reviewer mentioned had been clipped for the sake of commercial appeal. To my delight, songs like “Pain” and “This Means War” were placed on here just to relieve my fears. The former touches on how going through painful situations make pleasure even more…pleasurable. The latter speaks on the “war to control your mind” and asks “can you see the signs?”

The Futuristic & Ebelz-produced “Nana’s House” is another one of the standout tracks here. Young reflects on some of the happier times associated with being in his grandmother’s house. The rhymes are descriptive and the beat immediately reminds me of an old Ghostface Killah song. Ash Riser makes an appearance on “Turn You Off”, which sounds like a hybrid of Kanye’s “808’s” sound and Timbaland’s production. The smoothest and most soulful song on the release goes to the Nevvy Nev-produced “Focus” which features the vocals of Nikko Gray. Chris Young dedicates “Untitled” to his Uncle Clyde, who he refers to as his biggest inspiration. He’s currently incarcerated, but Young assures him that “God gon’ forgive your sins.”

After listening to the mixtape, it’s a bit hard to fathom the fact that this emcees isn’t even old enough to legally drink in the 619 or anywhere else in the United States (Canada’s fair game though). Just about everything that was listed as a positive thing by that reviewer back in ’05 is still in play. There aren’t necessarily any terrible songs on this release but every now and then, the listener may be tempted to skip a track or two. With the quality of music that gets the most attention (mixtape or otherwise), it’s a blessing to have something that doesn’t require creating a special playlist just to be tolerable. Whether he goes by YoungOne or Chris Young the Rapper, the result is the same, regardless of the area code.