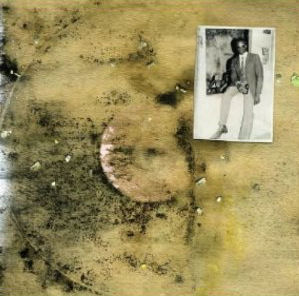 If you don’t know who Madlib is, here’s a brief bio: born Otis Jackson, Jr., his dad is a musician and his brother is producer/rapper Oh No. He first made his name as part of the Lootpack crew in the early 90s before going solo later that decade. He’s collaborated with J Dilla (2003’s Jaylib album), MF DOOM (2004’s Madvillain album), and produced tracks for Percy P, Guilty Simpson, Erykah Badu, and Talib Kweli. He has more aliases than a gun runner, rapping as Quasimoto, doing jazz as Yesterday’s New Quintet, and doing collaborations with Brazilian artist Ivan Conti as Jackson Conti. He puts out several albums a year, and in 2010 is putting out one a month as part of his “Medicine Show” series. March’s entry is his fourth Beat Konducta collection, comprised of beats made from African music.

This is one of the stronger Beat Konducta albums in terms of creating a groove, owing mostly to the source material. Drums are a central element in African music, and they feature prominently here. While Madlib does use a drum machine at times, most of the album features samples and loops of live drums. Hip hop is rooted in the beat, so taking it all the way back to its roots makes sense, and results in some of the most banging beats Madlib has created in a while. Madlib’s subdued spaciness is still present, but the music he’s sampling creates a steady rhythm that propels the album along.

In many ways, “Beat Konducta in Africa” is a tribute to the continent, with voice samples spelling out the accomplishments of Africans, and the music samples showing their sonic achievements. The line, “THIS is Africa!” is repeated throughout the disc, always to a different instrument or a different type of music, making a point about how multicultural the continent is. Tracks range from tribal drumming on “Yafeu” and “Afritonic Pt. 1” to the cooking African funk of “The Struggle To Unite (One Africa)” and “Afrosound Panorama.” As with all Beatkonducta albums, Madlib chops and mixes the samples like a master chef. He cuts native instruments with programmed boom-bap on “Chant 2.” “Spearthrow for Oh No” is a jumble of drums, guitar, and a vocal sample of an American musician shocked at the crowd at a gig on an African tour.

There is a certain narrative to the disc. “Tear Gas and Bullets for Freedom,” captures the chaos and violence that have troubled Africa for too much of its history. “Red, Black, and Green Showcase” highlights the struggle for African unity and self-determination. Madlib samples African musicians talking about their craft on “Blackfire,” and clips of African-Americans talking about the experience of returning to the Motherland on “Kanika.” In some sense, “Beat Konducta in Africa” is a tour through Africa and its history. It’s also a tour through African music, with Madlib sampling everything from high life to Fela Kuti to more traditional music. As someone who enjoys African music, but doesn’t have a very deep collection, I appreciated the guided tour through Madlib’s vinyl.

None of the tracks are longer than three minutes, and most of them clock in around 1:30. There is a propulsive energy to the disc, and Madlib manages to maintain a groove for the entire 78-minute running time. I found myself loving this in 20-30 minute increments, but it’s a lot to digest all in one sitting. If you are a Madlib fan, an African music fan, or a you love drums, you have to get this. He probably could have edited it down to less than an hour, but even in its expanded form it’s remarkable. Most importantly, it supplies some serious head-nod.