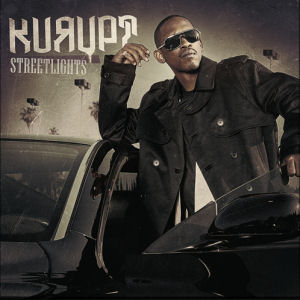 Kurupt’s maintained a hectic release schedule of late but unfortunately has little to show for it. In the last year and a half alone he’s released two collaboration albums with his younger brother Roscoe, one with DJ Quik, a Dogg Pound album that was so poorly promoted it might as well have been a secret, and has already announced another DPG album due next month and a solo for 2011. There were countless guest appearances with everyone from longtime partner-in-rhyme Daz Dillinger to Murs to Brotha Lynch Hung to Sadat X, and even the ghost of Death Row Records got into the action by releasing a compilation of old cuts. Although the Quik album was a highlight of summer 2009, it was more for Quik’s contributions than Kurupt’s, and for the most part these releases were disappointing in that they were filler-heavy and showed no progression from a lyrical or musical standpoint, lacking the clever wordplay of earlier efforts and even the gangsta sheen of latter day DPG releases. There was a time when Young Gotti stood proudly among the West Coast’s finest lyricists, but of late he’s appeared a shadow of his former self, all too content to release an abundance of mediocre material and frustrating listeners with his inconsistent quality.

“Streetlights” pairs Kurupt with fellow West Coast producer Terrace Martin, who handles most of the production. If Martin’s name doesn’t ring any bells, his resume consists of periodic Snoop Dogg tracks from the last decade, as well as the rare beat for other big names such as Shawnna, Talib Kweli, and Murs. In his promotional video blog for “Street Lights,” Martin addressed the listeners who proclaimed Kurupt’s falling off, promising a return to classic form. The press kit announces, “This is the album Kurupt fans and the streets have been waiting for,” because “Not since â€˜Space Boogie: Smoke Odyssey’ have Kurupt fans been able to hear the Kurupt that moved him from Kingpin to Young Gotti,” thereby discounting “Same Day Different Shit” and the considerable DPG discography that has accumulated since 2001. Although Pete Rock and Lil Jon also contribute tracks, most of the songs fall into one of two categories: club tracks that find Kurupt trying to cater to a new, younger audience and straightforward West Coast gangsta rap that sounds similar to most of his output from the last decade.

The best track is the intro, laced with Martin’s finest beat, a funky, rousing synth-laden number. Young Gotti sounds exuberant as he raps about the state of the game and his progression toward 2010. The first single “I’m Burnt” featuring young California rapper Problem is also the first misstep, a blippy club track. Martin provides sparse electronica somewhere between DJ Quik’s “9X Outta 10,” a contemporary hyphy track, and the West Coast’s emerging jerk scene, and Kurupt’s tired raps chronicle yet another inebriated night on the town. The name-dropping and extensive description of substance use establish the par for “Streetlights.” Kingpin addresses rumors on the heavy “Questions” before the odd “Face Down,” a gun-laced song which sounds reminiscent of a Kokane track. The second single “In Gotti We Trust” features a thumping, identifiably West Coast-sounding beat and Xzibit on the hook.

Martin isn’t a terrible producer, but he lacks his own sound and most of his beats sound quite familiar. Kurupt, on the other hand, seems at a loss for material, not unreasonable given his huge output, but apparently his solution is to either rap about being drunk and high or address nameless haters. Take the creatively titled “I’m Drunk”:

“A half a bottle to the face before I fell in
Insides yellin’ (Every day I’m drunk)
I need to get to the bathroom
Check my pockets for my money, feelin’ nutty as a cashew
Damn, bitch, you gotta fat ass, smack it like pa-daw
Fuck it (Bitch, I think I’m drunk)”

His schemes are at times elementary, and further deficiencies emerge upon closer listens to his verses. On the otherwise passable title track he raps, “Tryin’ to block my thoughts, I hush the fool / My money’s all grown up like Rudy Huxtable,” perhaps unaware but more likely apathetic that the analogy was used in a top 10 hit from six years ago and countless times since; an acceptable tactic for some rappers for sure, but no doubt his listeners hold the man who gave them “Dogg Food” and “Tha Streetz Iz A Mutha” to higher standards. Kurupt’s huge output of mediocre material understandably leads old fans to wonder whether he no longer takes himself seriously or has truly fallen off.

Snoop Dogg shows up for the familiar “All That I Want,” and on the Pete Rock track “Yessir,” Kurupt’s goofy flow brings Shawty Lo to mind as he delivers tired braggadocio. Pete saves this song from being a throwaway but one can’t help but feel that Kurupt is capable of better. “Scrape” incorporates the lewdness but none of the wry humor of “Xxplosive” or even “Pull Ya Drawz Down,” not to mention the laughably simplistic verses. “I’m the Man” is good for the first 20 seconds until a Weezy-wannabe clocks in with his autotuned hook. The tracklist is rounded out with the self-explanatory “Riot in the Club,” a remix to “I’m Burnt” with Snoop and Roscoe, and the “Bounce, Rock, Skate (Kurupted Mix)” with Snoop, Quik, Martin, and DJ Drama.

Young Gotti still shows rare glimpses of his former brillianceâ€”he’s still a good guest rapper to have on boardâ€”but largely lost his spark somewhere in his mid-30s as he continued to release a large volume of music. One can’t write off Kurupt as a has-been just yet, and I don’t doubt his ability to make good music in the future, but in 2010 he sounds derivative, uninspired, and starving for a paycheck. “Street Lights” is another subpar album that will probably be forgotten as soon as his next album arrives, which given his current rate of output ought to be very soon.