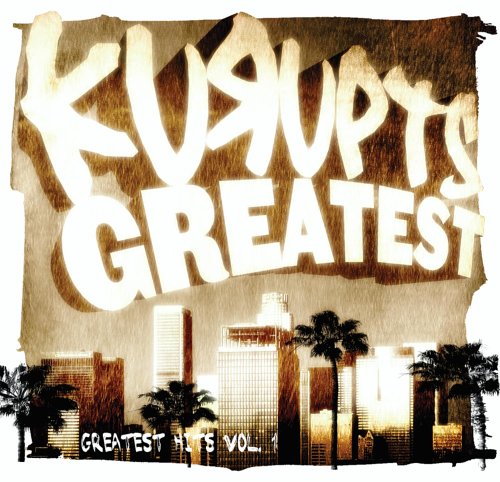 Skeptical? If you’re not then let this writer be on your behalf. There’s more often than not something suspicious when a far-from-retirement-age rapper releases a “Greatest Hits” album. It’s not hard to understand a greatest hits collection from legends like Run-D.M.C., semi-retired golden age rappers like Big Daddy Kane, or a KRS-One collection just for perspective on the immense catalogue of work he has even though he’s still recording new ish constantly. Why Kurupt though? Even though he’s been in the game for a decade plus, there’s no reason to suspect he’s ready to hang up the mic. It’s also a little suspect to credit most of his solo work as “greatest” anything. He’s had a few hits here and there but it’s arguable that none of it has lived up to the potential he showed as one-half of Tha Dogg Pound. Every now and then a rumor floats in the breeze that they’ll reunite, and once in a blue moon they actually do on albums like “Dillinger & Young Gotti.” It’s great for a minute or two, then they go back to talking trash about each other in the trades, and Daz goes back to releasing more albums than you can shake a stick at while Kurupt sits idly by.

Come to think of it, maybe Kurupt IS retired. He hasn’t had a new solo album since “Space Boogie * Smoke Oddessey,” and was last heard on Four Horsemen’s “The Horsemen Project,” a much anticipated supergroup album that failed to live up to expectations and was poorly distributed anyway. Although there was lots of talk that the former Death Row affiliate had reunited with Suge Knight, no album has been forthcoming to provide proof. Instead we are treated to “Greatest Hits Vol. 1,” a laughable title not because of the material’s quality but because it’s pretty hard to imagine a “Volume 2.” All of the songs you could genuinely certify as “hits” for Kurupt as a soloist are here though. The G-Funk bump of 1999’s “Who Ride Wit Us” still feels like a rough and rugged Dogg Pound classic, especially given Daz rides co-pilot. “We Can Freak It” with Baby S and Butch Cassidy may be one of Battlecat’s smoothest beats ever. From the same “Kuruption” album, Dr. Dre checks in musically and lyrically on the classic misogynist track “Ho’s a Housewife,” although that’s more of an underground hit. The overground certainly bounced to “Girls All Pause” though, with crooning by Nate Dogg and a cameo by his brother Roscoe. By track 12 things have peaked with the sing-song stylings of the “Space Boogie” track “It’s Over,” and the title seems all too apt.

To be fair the rest of the album is fleshed out with worthwhile songs, which although they can’t be called “hits” in the true music industry sense of the word still showcase Kurupt at his best. The heavy pounding Dr. Dre beat of “Ask Yourself a Question” is dope in it’s simplicity. “Tryolgy” is some of the illest string samples ever put in a rap song, and Kurupt rips the beat apart at a hundred miles per hour. You can’t front on Fredwreck lacing “The Hardest Mutha Fuckas” let alone the guest stars who live up to that billing – Nate Dogg, MC Ren and Xzibit. They even managed to shake loose a few of the “Dillinger & Young Gotti” tracks for this compilation, the slamming Daz produced “Dipp With Me.” Both “Odd Squad” and “Freak it Out” seem to be unreleased tracks, but you won’t be mad at the Battlecat or Damizza tracks respectively. Unfortunately the latter just proves that nothing’s really changed for Kurupt on the mic, no matter how recently or long ago this track was recorded. Stylistically and vocally Kurupt can be among the best, but the man most infamous for rapping “bitch – you more of a bitch than a bitch” often fails to stay focused and varies widely from creative to monotonous all in the same song:

“You’re in the middle of where the Star Wars
So come on nigga, welcome to our wars
I’ma show you somethin that might crack your cranium
Team millenium, strong as titanium
Force your heartbeat, to slow on down
We roundin up at the swap meet, go on down
And I’ma catch you later homey… yeah baby
I’m collapsin continents, rollin in Continentals
For rental percent to two people top of the temple
I’ma show you somethin that you never seen before”

Break it down a little and you’ll see it for yourself. Kurupt has to rhyme both “wars” and “down” with itself from one bar to the next, and uses the phrase “I’ma show you somethin that” twice in one verse. Right when it seems like he’s about to flip on the alliteration tip and go off on a Ras Kass or Canibus like tangent, he goes right back to the mundane and uninteresting. It’s frustrating listening to Kurupt, because you constantly feel that if he concentrated on his diction and fiction a little more he’d score more “hits” in the rap game. Once in a while he strikes gold, but looking back over this collection that almost seems to be more about the beats he rapped on than the MC himself. Whether Kurupt gets back on track and finally releases a new album or not (with or without Death Row), he’s certainly not providing enough ammo to prove these are the greatest hits, let alone that he’s one of the all-time greatest. It’s a good album for Kurupt or Dogg Pound fans, but then again they probably own 90% or more of these songs anyway.