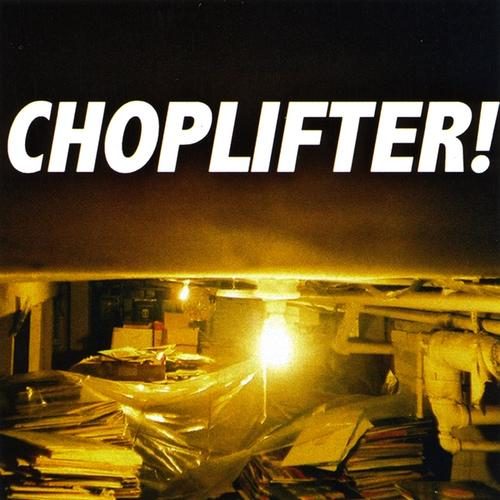 John Bailey a/k/a Metawon is a well regarded producer throughout the Western provinces of Canada, who along with his Work Turkey Music partners Planit and Cadilakid recently packed up their burgeoning hip-hop operation and relocated from Calgary to Vancouver. For those not familiar with Canadian provinces, an analogous comparison would be if Cash Money Records packed up and moved from New Orleans to Houston. While they’re still in the same geographical region, it’s a whole new scene and a whole new vibe with different artists and it’s own distinctive flavor and atmosphere. The challenge for Work Turkey in general and Metawon specifically is to make the most of this move and continue to create the quality music that made them regionally successful thus far.

Fortunately for Metawon the fact his reputation precedes him made it easy to gather up guest rappers to appear on his brand new album “Choplifter!” It’s an apt title given everything was picked up and moved to a new place, but I can’t help but remember the many hours I whiled away playing the BrÃ¸derbund game on Apple II computers in my youth. The album and the game might pair together surprisingly well, as Metawon’s beats could soothe your nerves and keep you shooting straight and rescuing hostages under even the most intense of circumstances. “Third Look” featuring Lingo puts hand claps, flutes and bass together in a pleasant combination, punctuated by a voice occasionally shouting “OH!” Touch joins Metawon on “Real Sirius” with a staccato Deltron 3030 style flow over boom bap and echoing electronics, deriding inferior competitors as “still using fossil fuels to fly.” Deezus vows to “Never Change” over sped-up R&B stabs and piano breaks, and the two fit together like your feet in a pair of stretched out and worn-in socks – comfortably. Jeff Spec and Ghettosocks are “Right On Time” as Metawon tickles the ivories and wobbles the turntables, creating a backdrop Q-Tip or Evidence would mesh well, making it no coincidence the song pays tribute to the hip-hop classic “Midnight.”

Even on songs whose titles imply much more gruesome fates, the result is almost shockingly mellow. Cam the Wizzard reminds us that “when there’s no more room in hell, the dead will walk the earth” on “Zombie Apocalypse,” and yet you’d never feel the brain-sucking bite from Metawon’s beat. The closest to aggressive he gets throughout the presentation is the up-tempo “Diggin For Gold” featuring Teekay, but even this comes nowhere near the testosterone fueled bravado of M.O.P. musically or lyrically – and that’s just fine. In fact I’d say that makes Metawon a good fit for his new adopted home of Vancouver. While it’s true the city is home to some of Canada’s most aggressive rap artists (Swollen Members in particular), the general reputation Vancouver has around the world is of being one of the most pleasant and beautiful cities on Earth – reason enough to hold the recent Winter Olympics there. If there’s any significant shortcoming to “Choplifter!” it may be that some of Metawon’s guests simply aren’t up to the standard he sets musically, and others may be a bit obscure even on his home turf. When all of the elements come together the results are pleasant, and when most of them come together it suggests Metawon’s potential has not yet been fully tapped. Time and more albums will tell if it all comes together.