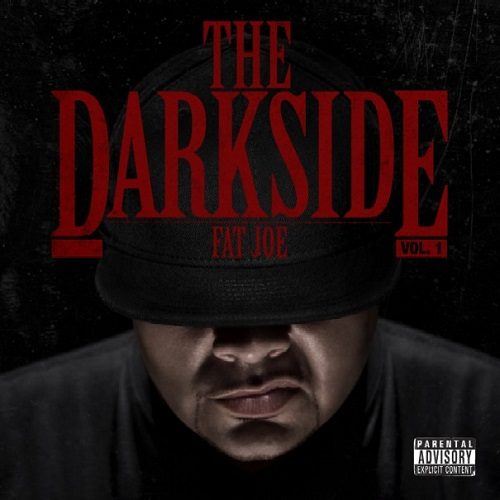 When Fat Joe Da Gangsta got his start back in the early 1990’s as an affiliated D.I.T.C. member, his debut album struck many as having better production than rap skills. Over the next ten years+ Joe improved his diction and lyricism to the point that by “All or Nothing” in 2005 that Joe had won over his most ardent critics, proving he could offer compelling tales of gritty street life even while simultaneously engaged in a nasty public feud with 50 Cent. Inexplicably Joe’s once impressive command of the mic seemed to vanish overnight. Lackluster albums like “The Elephant in the Room” and desperate sequels “J.O.S.E. 2” screamed that the once mighty had fallen. Joseph Cartagena had done the unthinkable and seemingly become a parody of his own gangster image, following a hollow formula dispassionately while keeping his career on life support with at least one radio hit per CD.

Where does Joey Crack stand in 2010? Hip-hop writers who have followed his whole career have come full circle so many times they may be a little nauseous by now. As a result it’s not hard to be a little wary of “The Darkside” particularly when tucked ever so discretely into the cover art is the notice that this is “Volume 1,” a fact not reflected on the album’s spine or anywhere else. 40 may be the new 30, but if Mr. Cartagena wants to blow out the candles in August without getting cake on his face, this album needs to be relevant enough that anybody would honestly want “Volume 2.” The fast fix for a slump in hip-hop has always been to bring in quality producers and big name guest stars. The lead single “(Ha Ha) Slow Down” puts the New York heavyweight over a Scoop DeVille track with harmonized vocals, “Big Beat” style drums and a strong enough bass kick to make it all stick while Young Jeezy joins in on the fun.

Joe: “It took A. Keys and Jay-Z to get the city boppin now
Rob Base, Snoop Dogg to get it rockin now
Big Money, talkin Mayweather, Pacquiao
[…]
Now what you boys got a deathwish?
I be the muh’fucker uglier than Precious
Real nigga, you can find me where the S is
Whippin in the kitchen, both hands, ambidextrous”

“The Darkside” has no shortage of star power brought in to help Joe shine. Trey Songz and R. Kelly sing the hooks of “If It Ain’t About Money” and “How Did We Get Here” respectively, Lil Wayne provides a pre-incarceration cameo for Joe on the somber “Heavenly Father,” the always overly amped up and energetic Busta Rhymes screams his way through the Cool & Dre laced “At Last Supremacy” and the somewhat odd collaboration of Cam’Ron and Clipse turns out to work perfectly over the bombastic DJ Infamous produced “Kilo.” Joe’s production still comes correct even on the solo tracks though, like the extra long piano laced “I’m Gone” handled by DJ Premier with a none-too-surprising shoutout to the late great Guru over the beat. Still the song that best summarizes where Fat Joe is as a soloist in 2010 is the sinister cymbals and sirens of the Just Blaze production “I Am Crack.”

“I’m sold out, lines around the block
Niggaz waitin for a whiff of that bass and that rock
Chicago Bulls fitted, they callin me red top
You can find me in Humboldt Park, soon as it gets dark
Or even in the daylight, even though it ain’t right
I’m outside the church, prayin on some saved lives
Or sittin on a scale, good enough to taste
I’m better than a protein shake, you lose weight nigga!
No doubt, I’m the hardest in the game
It’s +the rock+ I ain’t talkin Jay, Biggs or Dame
I’m talkin bling bling, crack pipe in the collar
I make bums fight, wash cars for a dollar
A glass dick in the mouth of a model
Take your time baby, don’t spit, just swallow”

Reputation now restored, Joe finds himself comfortably back in the role of narrator to the streets. Cartagena’s gaze is even, neither condemning nor praising those whose lives revolve around his namesake drug, coolly observing the effect which is inexorably and unavoidably destructive in the end. That’s the kind of rap where Joe is at his best – able to reach out to the listeners to paint a picture that many of them are very far removed from. And perhaps in the end that’s what left Joe a little lost in the shuffle – he became commercial and in the process removed himself from the environment he knew and rapped about best. While the pull of the charts is hard to resist, the tracks with Primo and Just Blaze show he knows where his heart truly is, while the rest of the album tries and either fails or succeeds at pulling him away from the grime, grease and grit of the street corner. That’s where an album called “The Darkside” belongs though, and enough of it can be found there that it’s definitely worth looking forward to “Volume 2.”