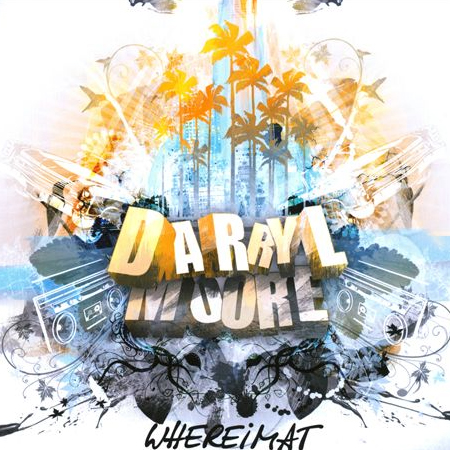 Darryl Moore :: Where I’m At

Released via SomeOthaShip Connect, an ostensible side project pioneered by Stones Throw stalwarts Dudley Perkins and Georgia Anne Muldrow, Darryl Moore’s “Where I’m At” boasts little of the experimentation generally associated with Stones Throw Records. In fact, it’s an almost anachronistically traditional R&B/soul record, the kind of insular music that knows no adversity that a trip to church and a Sunday afternoon cookout can’t fix. Like Perkins (who unfortunately doesn’t appear on the album), Moore grew up in Oxnard, Californiaâ€”a positively radiant place to live if “805 Sundaze” and Moore’s other halcyon celebrations of family and God are to be believed.

Where Stones Throw artists are generally blessed with the innovative, unorthodox production of artists like Madlib and J Dilla, the bulk of “Where I’m At” is handled by Moore, Ivan Johnson, and Derek “DOA” Allen, a former collaborator with Bobby Brown, Tyrese, and more recently, Brooke Hogan. Eek. As a result, the album’s sound is much more homely, using live instruments and layered vocals that make sense beside its traditional lyrical content. When Moore isn’t lovingly paying homage to his mother (“She’s My Everything,” “Soul Sista”), he’s describing the awesomeness of family barbeques with noticeably redundant lyrics (“805 Sundaze,” “Family Funday”). The crooner has a rich, choir-trained voice that easily translates the conviction of his lyrics to the listener. He’s at his best on tracks like “DreamGirl” and “Fed Up,” where he’s given the freedom to change keys fluidly without losing the thread of the song. But too many tracks on “Where I’m At” are overlong, overstaying their own languorous goodwill and transforming themselves into background music. Elsewhere, the more upbeat and relatively unconventional songs range from necessarily invigorating to incongruous. Although “Pancakin” instills some welcome energy into the album after its torpid middle section, its quasi-DPG message and sound imply that this is an older single, held over for its local radio potential. Of Georgia Muldrow’s two contributions to the album, “Long Gone” is the more distinguishable, but Moore is the wrong artist to give the clumsy piano-driven beat to.

The ultimate question that the album poses is: how far does decent soul and an abundance of goodwill get you? Only so far, for this listener, but while there’s not much on “Where I’m At” to fall in love with, there’s even less to abhor. Your mileage may vary based on your disposition, but its laid-back contentment is inarguable.