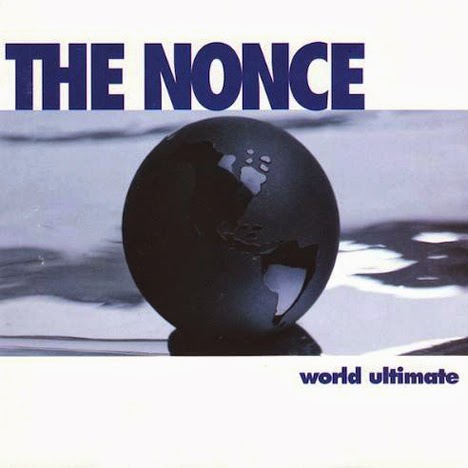 Joining elite company on Rick Rubin’s American Recordings, the Nonce seemed primed for a breakthrough that never occurred with their 1995 debut “World Ultimate.” Comprised of Los Angeles rappers Nouka Basetype and Yusef Afloat, the Nonce had a loose affiliation with the celebrated Project Blowed family and a few warmly received singles prior to recording their debut. Unfortunately, none of that positive buzz translated once “World Ultimate” hit shelves in late February, and the result was an LP that remains one of the West Coast’s most slept-on.

Part of “World Ultimate”‘s charm certainly lies in its elusiveness, both on the part of the group and the album itself. Long out of print, it regularly commands stratospheric prices among collectors, but the duo proved equally fleeting. Their only subsequent release was a quiet EP in 1998, and two years later Yusef died at age 28 on Interstate 110 in L.A. Nouka can hardly be said to have carried on the torch; despite sporadic recording under a new moniker Sach, none of his solo LPs so much as found national distribution. It’s always sad and mysterious when such an obviously talented group disappears without realizing their potential, but the Nonce’s untold tale seems particularly unusual, marked by tragedy in addition to the all-too-familiar issues of label drama and creative differences.

As the hip hop-listening nation collectively looked West in ’95 as untold g-funkers moved units by the truckload, Yusef and Nouka Base turned the other way, creating a sound that was frequently if somewhat inaccurately compared to A Tribe Called Quest’s. Sure, there are a few similaritiesâ€”the jazzy instrumentals, the duo’s natural and fluid chemistryâ€”but there’s far more in the way of originality upon which to recommend this record. The slow, hazy instrumentals, produced entirely by the duo, are contagiously laidback, inducing immediate head nods and relaxation as the MCs get busy kicking b-boy rhymes. The dusty quality of the smooth music is mesmerizing, and the tasteful jazz licks give even the more upbeat tracks an unmistakable element of contemplation. The sparse, rolling opener “On the Air” thrives on its lush vibes and sultry sax line, while its successor “Keep It On” is more lively and approachable, anchored by its organic drum patterns and expansive, soulful vibesâ€”indeed, it’s the vibes and bells throughout the album that would garner the most accurate comparisons to “Midnight Marauders.”

Yusef and Nouka are West Coast b-boys to the fullest, a style that while fresh in ’95 is more than familiar to many listeners nowadays. Celebrating the spirit of hip hop culture and live performance, their upbeat rhyme style makes them sound both conversational and thoughtful, bouncing off each other with impressive chemistry. As was noted more than a few times back in the ’90s, Nouka is a spot-on Aceyalone soundalike, but much more laidback in nature, while Yusef sounds somewhat akin to Q-Tip. The single “Bus Stops” finds both rappers getting busy over a lounging beat outfitted with a muted horn sample, thumping percussion, and typically lazy vibe line. It’s a simple, warm ode to eyeing girls on the weekend:

“I seen this girl yo around the way
She kicked over there where my homegirl stay
I’ve been known to step up and make ’em swoon to me
It’s just a job of being devastating MCs
When I’m looking for a freak you know it ain’t no stress
I get they minds tight and then you out that dress
So when I roll up and say what’s your name
Showin’ them thighs driving me insane
Don’t try to front cause I saw you look
I know your thinkin’ ’bout how much time I took
So now I’m out on the town with my alias
Gettin’ all freaks in my radius
Shine was fly, so was Michelle
Denise and Keanna broke me off real well
So if you in the city and you got it like that
Yusef won’t you tell ’em where the honeys is at”

Butta B and Meen Green appear on the polished posse cut “The West Isâ€¦,” which precedes the first single “Mix Tapes,” a nostalgic look back at their teenage days anchored by a mean bassline. The song chronicles the duo’s decision to give up selling mixtapes in favor of rapping, but Nouka can’t help but miss the days before money dominated his career:

“Back up at World O’ Wheels with the rap contest
I used to try and get mine ’cause I thought I was fresh
I liked LL and Shan with my Roxanne rhyme
It might sound wack but it was dope at the time
Then it progressed with styles of the I-Fresh
MCs like Ganjah K and the rest
Post Meter, with the pause mix cut
Rockin’ Southwest College, tearin’ it up
Money really wasn’t part of the rap
Paid was havin’ people start to clap
Getting’ ready for the break, your heart starts to race
You was hyped, ’cause I could see it on your face
Yes yes, the beat is like fresh
Plus we had the moves, that make the party move
And those were the dues, without makin’ papes
Damn I should go back, to sellin’ mix tapes”

The gems are in steady supply with the alluring sucker MC-bashing title track and the hypnotic “Good to Go,” with its therapeutic piano arrangement and EPMD-sampling hook. “On the Road Again” is simply gorgeous, featuring female crooners Figures of Speech and the Nonce’s production formula engineered to perfection: rugged percussion, smooth vibes, and a choppy, distant flute sample. The winding, uneasy “Hoods Like to Play” is similarly excellent, and a late highlight comes courtesy of “J to the I,” a enrapturing track ripe with sparkling bells and their most considerate lyrics delivered amidst a narrative. The album closes with the clever old school b-boy-isms of “Eighty Five” and the “1926 Sunday Night Remix” of “Mix Tapes.”

“World Ultimate” is a brilliant, transcendent record that surpasses its peers; years ahead of its time both stylistically and musically and completely irrespective of the gangsta rap wave dominating California in ’95. Sadly, it also stands as a frustrating indication of what might have beenâ€”a glimpse at two enormous rapping and producing talents who, one can only imagine, may have produced further brilliance if not for unfortunate marketing, label issues, internal strife, and ultimately Yusef Afloat’s premature passing. Over a decade and a half since its release, “World Ultimate” is still the fresh, ingenious record it was in ’95, a wholly focused, consistent, and evocative listen, but also a case of the record business and life’s unknowns getting in the way of creative greatness.