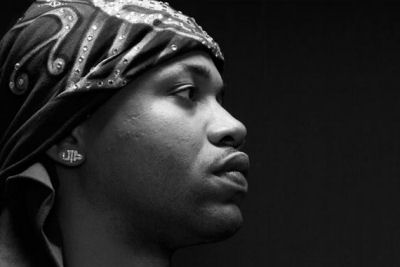 Juvenile’s name doesn’t really fit him anymore. When RapReviews sat down with veteran emcee we found him to be one of the most mature artists you could hope to come across, and that’s in ANY genre of music. Juvie’s latest effort Beast Mode

recently hit stores, and we asked him about the album, as well as his place in southern hip-hop history. He also told us about the bold prediction the Cash Money crew made that came true, and how the BP disaster is affecting his hometown.

Adam Bernard: Start things off by filling everyone in on all the good things that are going on in your life right now.

Juvenile: Aw man, just music, music, and more music. The fun part is now my son is making music and it’s crazy. He’s 18 now and he’s on the album. He was also on my last album. He stepped up to the plate, and it’s not something that I requested him to do. I never really forced rap on him. It’s just something he started doing behind my back, I guess, and he’s real good at it. He surprised me.

AB: So even with all the things you could tell him about the industry he still jumped in?

J: Yeah. He’s pretty much seen what goes on in the industry just being around me and seeing what I go through.

AB: And the new album is Beast Mode

. What were you looking to do musically this time around?

J: Really, musically, I would definitely say just get back in the streets and have some music out there in the streets. I’m not too focused on the mainstream with this album. This album is basically a street album.

AB: But you still have some danceable tracks on it.

J: Well, you know when we make music we never know what it’s gonna actually do, or the way they’re gonna appeal to people. With that being said, there are a couple dance songs on there, but I do em just for the fan base, people who’ve been following me for the past few years.

AB: You have a way of working in comical pop culture one liners without turning your rhymes into comedy raps. How do you know where that line is drawn?

J: I don’t know. I guess it’s where you come from and how people look at you. People look at me a different way and I guess they tend to know that I’m not playing and I’m not a clown rapper, I’m not a comedy rapper.

AB: I think only a select few people could get away with the “thinking with my dipstick” line.

J: I like that commercial. Muthafucka just walk up and hit you. “You’re thinking with your dipstick!” {*laughs*}

AB: There are very limited number of guests on Beast Mode. After all the years you’ve spent in crews, did you just want to do something by yourself?

J: True. You’re definitely right about that. I’ve had albums come out with maybe every level of artist on it, but I’ve never had an album that’s just me. This is the first time. I won’t promise you my next album will be that way, but I just wanted to have an album so when I look back on my career I can say I did do an album for me.

AB: Do you feel it’s weird that this could be considered your first true solo album after being involved in the game for so many years?

J: Yeah, that is weird, actually. For some it might be weird to them to know it. I don’t think a lot of people even paid any attention, but it’s the truth.

AB: Of course, the most storied crew you were a part of was The Hot Boys. Everyone knows you had a not-so amicable split with them. Are you cool with any of them now?

J: We been got back on the same page a long time ago. We definitely on the same page. There’s no animosity between anyone on any level, from the music to the business side. We got everything straight, especially on my side. They played square ball with me at the end of the day even though we didn’t see eye to eye, at the end of the day they played square ball, so I don’t have no hard feelings towards anybody, we can all sit in a room and do songs together right now.

AB: Where did Manny Fresh drop off to?

J: I was gone before Manny, so I don’t know Manny’s story. That’s something that he’s gotta tell you.

AB: You worked with Lil Wayne back when he was REALLY Lil. When his buzz became so huge, and he was suddenly viewed as one of the best in the game, did it surprise you at all?

J: Nah because you go back in history and we told you. On “Bling Bling” we said in the year 2000 Lil Wayne is gonna tear the game up (“twenty inches with TVs is a must / by the year two thousand Lil Wayne gonn tear this game up”). We pretty much were telling you this was gonna happen. Nobody ain’t see it because everybody was Jay-Z stuck.

AB: Now everybody’s Lil Wayne stuck, so what are we gonna miss next?

AB: When you put something together now, having spent time at the top of the game, what’s the mindset knowing that there’s always gonna be somebody else, knowing that someone else always gets the top spot eventually?

J: I don’t think about those things because that’s like a stat thing and when you get to my age and you got a family, I’m a married man with kids, you don’t think about that stuff anymore, you’re thinking about life, and life is making music to survive, to take care of my family and what’s going on in my life. Everything else, stats, and what people think, and being number one and all that, that doesn’t matter to me.

AB: When you look back at “Ha,” and the start of the southern hip-hop explosion, what are your thoughts on the way it’s evolved, or devolved?

J: Wait, wait, I don’t want to take credit for that, you gotta always, when you say southern hip-hop explosion, you gotta say…

J: Yeah, you gotta say Geto Boys, you gotta say Master P, because they were people who paved the way for us and I would never try to take credit from them guys because I looked up to them and you gotta always say them first and maybe I might have got everybody looking at New Orleans a little more, but people already knew what New Orleans was with Mystikal, Master P and company. I give credit where credit is due. I ain’t trying to take nobody else’s props.

AB: It’s interesting you mention respecting and looking up to Master P, because with Cash Money and No Limit being out at the same time a lot of people assumed there was a rivalry of some kind.

J: Man, I hate that, bro, because you know what, most of the people that was on No Limit I went to school with, grew up with, hung with, at the end of the week went to the club with. We’re still cool. I just did a beat for Mystikal on his new album. It’s not what people think it is. Truthfully, I had a lot to do with Mystikal’s career from the beginning. I was one of those cats that had a record deal down here before Master P. Before No Limit or anybody had came about down here I was already a little local star, so to speak. I had already sold some records. I had already had a couple number ones on the radio. I wrote an album that sold 340,000 records for another person, so I already had a lot of things going on on my own before Master P. I did start before them, but Cash Money wasn’t formed when I started either, so I could say that, too, but that’s not my kick, my kick is all of us had to start somewhere, all of us in the same area, and at the end of the day we all made millions and we all sold a lot of records.

AB: What I caught in there was that you wrote an album for someone else that sold 340K. You were ghostwriting back then?

J: Oh yeah. A guy named DJ Jimi. It was a sound called bounce music. I’m the one who invented bounce music even though I don’t even do it anymore.

AB: Let’s talk a little bit about New Orleans because people tend to forget that it still isn’t cleaned up after Katrina.

J: Katrina… I live on the lake, right now, I live actually in the Gulf and there are oil balls in the water right now.

AB: How scary was it when the BP disaster happened?

J: Real scary. I wasn’t here. They made everybody evacuate.

AB: They’ve plugged it up, but is the damage just totally irreparable at this point?

J: You’re looking at 30, 40 years worth of damage water-wise. It’s gonna be messed up down here. It’s something that they can’t clean up. It’s in the water. Some of it’s been diluted to the point to where it won’t be cleaned up. It’s just a bad situation to me. I think they could come down here, the government could spend as much money as they can on cleaning this up, but I just don’t see them cleaning it up.

AB: You can’t rebuild this.

J: Yeah. This is one of those situations where it’s done and we can’t do nothing about it, we gotta adjust. As a people we have to adjust. We can’t keep trying to clean the water, it’s time for us to make a decision in life and I think the best decision is to move your family away. It’s cancerous. It stinks out here at night. It’s the worst kind of smell you would want to smell. Have you ever drove past a landfill? That’s what it smells like, and it’s hot as hell down here right now.