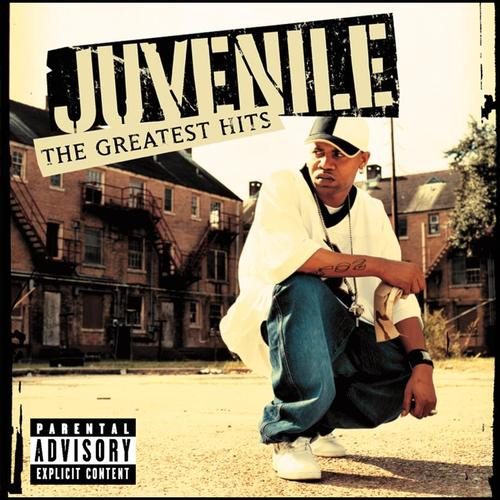 There’s no question about it, Terius Gray is one of the greats. In fact you could argue that calling his last album “Juve the Great” was if anything an understatement. Since 1995, Juvenile has been holding down the city of New Orleans and the projects of Magnolia like few others could. One could even say that Cash Money Records is “The House That Juve Built.” Over the years, his monster hits and chart success have paved the way for not only the prominence of the N.O. to rise in hip-hop but for his fellow labelmates to ride his coattails to stardom. While he may have walked into the music industry a little naive about how the game is played, experience if anything taught Juve that other people were taking advantage of his success – PARTICULARLY the aforementioned Cash Money and his labelmates. These difficulties nearly drove the two apart permanently, but after patching it up late last year it appears that the label is ready to recognize his importance by giving him a “Greatest Hits” album that covers the whole scope of his work.

“The Greatest Hits” is actually a little more than that – it’s an interesting mix that includes his chart busters, some hot tracks that people may have slept on, and a few edits that were made for radio or video and not previously available commercially. Of the latter, you’ll find the “Slow Motion Remix” featuring Wyclef Jean and the Ying Yang Twins, and the famous “Back That Thing Up” edit that was all over the airwaves in ’98 and ’99 after “Ha” became played out. And yes, “Ha” is included on this disc too, and it’s good to hear it again. It’s interesting that they didn’t include the radio edit of that track though, or the “Jay-Z Remix” which surprised a lot of people in the East and the South. Oddly enough it seems that either Cash Money or Universal wasn’t too careful mastering this disc, because “Ha” has an audible error/skip at 1:37 on the disc. Yes, that’s new out of the package, because I’m listening to this the first time as I write this (hell it’s a greatest hits album, and I have all these songs already), so I know I didn’t scuff or scratch it myself. On a “Greatest Hits” album that’s sloppy and inexcusable.

Anyway the point of this album would be whether or not they included all of the right Juvenile songs. It can be said that most of Juvenile’s hits are here. The bounce laden classic “Set it Off” is here. “In My Life” is in the house. I was particularly pleased to see “U Understand,” from one of Juvenile’s more slept on releases, “Tha G-Code.” The song most people mistakenly call “She Get it From Her Momma” is here too – that’s “Mamma Got Ass.” Some of the other songs are a little less recognized than these hits, but still worth hearing. The title track from “400 Degreez” as well as that album’s “Rich Niggaz” featuring Lil Wayne and Paparue, “Juvenile on Fire” and the sly scritch-scratch of “Follow Me Now.”

But wait a minute, wasn’t this album supposed to be “The Greatest Hits?” The concept seems to be falling apart. First the album includes some remixes OF hits, which may or may not have been hits without their counterparts. Then the album includes some “misses” that while still worthwhile are not exactly well-known outside his hardcore fanbase. What’s really irritating though is that it would have been easy to flesh out this album by expanding a little bit outside his work by and since “400 Degreez” was released. What about his FIRST major hit, the “Bounce for the Juvenile” track often attributed to DJ Jimi? What about soundtrack cuts like “Rock Ice” from the movie Blue Streak, or his duet with Drag-On entitled “Down Bottom” from the Ruff Ryders compilation? What about other Cash Money songs that he’s starred on and MADE hits, like “#1 Stunna” and “Project Bitch?” On top of the fact that they didn’t properly master “Ha,” this album is actually something of an insult to Juvenile fans. It’s not that giving him his due with an album called “The Greatest Hits” isn’t appreciated, it’s just that it doesn’t feel like it’s really showcasing Juvenile that well at all. When you throw away an entire track just for a “Big Tymers Intro” just so they can hear themselves talk, that’s the icing on a really bad cake. Next time, if Cash Money is going to tribute Terius Gray, they should do it the RIGHT WAY instead of half-assing it. The low scores here aren’t really his fault at all – Cash Money is the one to blame.