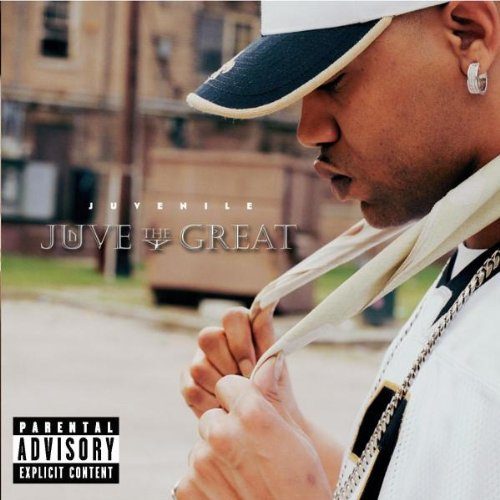 In hindsight, saying “Project English” would be Juvenile’s last album on Cash Money Records might have been a little bit hasty. Then again by all public indications, including several interviews in national magazines, Juve was fed up with not getting his paper right. To hear him tell it, if Cash Money said they made $20K on a show he performed at, they were actually getting $50K and pocketing the difference even BEFORE he got his cut. Having seen him “Present” a compilation of UTP Playas including both him and Young Buck (later to join G-Unit) on Orpheus Records in 2002, one could even have assumed he severed his relationship with Cash Money altogether.

Like reuniting EPMD though, you should never say never. Who knows what kind of deal they cut behind the scenes? Cash Money might have offered him some of the dough he deserved as their most successful soloist to date. Juvenile may have decided trying to promote himself independently wasn’t working or turning out profitably. Maybe Mannie Fresh stepped to him privately and said, “Wodie you need these beats so come back and we can rule the streets.” Whatever the reasons, Juvenile is back and happy days are here again. The impression one gets from both the album itself and it’s title “Juve the Great” is that the hatchet has been buried, and all parties are now moving forward for the future. The first single “In My Life” even features Mannie Fresh providing an assist on the hook, though lyrically and vocally it’s all about Juve:

“I’ma be so courageous, and so contagious
‘Til my fuckin rap sheets gonna receive mo’ pages
Listen to Juve cause this my year mon (my year mon)
+400 Degreez+ and I’m bout to kick it in gear mon (in gear mon)
Don’t you see the soldiers and vogues when I appear mon (appear mon)
About bein written on my face cause I don’t fear none (don’t fear none)
Me and my team got a scheme to go light the block up
Skip’s movin the work, and Wacko poppin the chopper
I scream the “U” cause I mean it
The difference is you be throwin yo’ shit up when you scream it – I seen it!
Shit all the obstacles that I been through
What made you think, I’ma be scared of a bitch like you?
I’m ya dawg, let me get it on consignment
You ain’t paid them last people yet, dawg, don’t even remind me
I gained knowlege, my game polished and it’s obvious
You can’t block it, you can’t knock it, this is profit!”

The signature elements of Juvenile’s style are all still in effect. His deep and throaty growl reaches out over the beat to grab your ears. His lyricism shows and intelligence and cleverness many similar G rappers lack. Best of all, his wit and sense of humor come through even when he’s speaking of violence and intimidation. As Kool G. Rap was to the East coast and Ice Cube was to the West coast, Juvenile is to the “3rd coast” of hip-hop. While the lead single may set it off on a hard note, there’s a pleasant mixture of street and smooth in the mix. “Bounce Back” featuring Baby keeps it upbeat and fresh (as in Mannie) while Juve sounds focused on the big picture, long-term:

“Tryin to be here to see my seeds, when they have they seeds
Long as I breathe ain’t nothin in this world that they can’t be
Yeah I done fucked up, slipped and sniffed that coke
Started tweakin and broke in them people house next do’
Shot a nigga for smokin rocks on my mom back porch
Damn near graduated and got on that dope
My, work is an art, I am better than smart
Homey I hustle with a strategy that’s never been taught
[…]
I got the money in the case, 45 in the waist
Pitbulls in the yard so stay away from my gate
Could you believe a nigga feelin like he still ain’t ate?
Huh, y’all don’t understand you shoulda seen my plate
Would love to give you some credit, but even you said it
Be serious about your money and right now I’m tryin to get it”

Even when Juvenile shares the spotlight with Wacko and Skip on the songs “Down South Posted” or “Fuckin’ With Me” (both produced by Slice T) it’s all good. For the songs that are tighter than Big Show in a crowded elevator car though, look no further than Juvenile rapping by himself on a Mannie Fresh beat. You’ll find it on the modern day “Billie Jean” parable “It Ain’t Mines.” You’ll find it on the latin-influenced bop of the brash “Cock It,” where Juve proclaims, “Who the man if I ain’t it? Nigga can’t claim it – I can take a small name and make it famous.” There’s a surprising amount of producers other than Mannie in the mix this time though, and thankfully they are up to his standards. Sha Money XL & Black Jeruz bless him nicely on the title track, Dani Kartel has an old school soul feel on “Slow Motion” featuring Soulja Slim, and Griz has a beat that sounds like ren faire meets Dirty South on “Enemy Turf.” Juvenile fans can rest assured that these tracks are as crunk as ever and he flows just like it’s Fresh.

There isn’t that much wrong with “Juve the Great” to complain about. Three skits out of the seventeen tracks aren’t necessary, but they take little more than four minutes out of 62 total. Even as good as Slice T joints like the hilarious “Head in Advance” are, there’s still a lingering feeling listening to the album that more Mannie Fresh is never bad especially if you’re used to Juve albums being almost entirely his work. And as odd as it might sound, it might actually be nice to hear Juve brag about his bling bling a little more. On the whole though “Juve the Great” is a welcome return of the artist not only to Cash Money Records but to a national stage of recognition and record spins. If anything, his style has matured in his time away from CMR, so the fans who thought he was gone for good will be happy to welcome him back with open arms. The album lives up to it’s title – he really is “Juve the Great.”