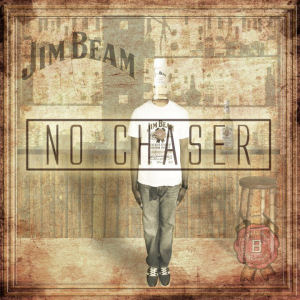 I’m not as much of a drinker as I used to be in my younger and wilder days. Maybe it’s the recession or maturity or perhaps some combination of the two that has calmed me down. For a long period of time, I was a Bacardi Gold man and no one could tell me any different. I’ve since moved around a bit, experimenting with drinks like Crown Royal, Jack Daniels, Stolichnaya or whatever else I was in my presence. Lately, I’ve started drinking the same whiskey that my old man used to drink, Chivas Regal. It’s not bad…a Scottish blended whiskey that has a slight edge over the Canadian blend, Crown Royal. Jim Beam is a bourbon whiskey, in fact, it is the number one bourbon whiskey in the world.

Meet Ian Wellz, a producer, songwriter and performer from Newark, NJ who draws musical influence from Mos Def, Common, Ryan Leslie and Ne-Yo, among others. Around 2005, Wellz finally got his hands on some studio equipment to call his own and has been diligently working on his craft since then. The culmination of those efforts comes in the form of “Jim Beam: No Chaser,” offering listeners a view of the world through his eyes.

A subdued Wellz bellies up to the bar in the opening track, simply asking for the bottle and a shot glass. He takes inventory of the room over the slow track: “Beam in me, I’m in a zone/ in a room full of niggas, but I stand alone/ dear Lord, please help me/ death to they ass, ain’t shit you can tell me.” The songs “Mixed Emotions” and “Times Hard” do well to illustrate some of the painful situations that just might lead someone to turn to the bottle for a feeling of comfort. The former features a sped-up sample of The O’Jays tune, “Who Am I.” Fed up with it all, Wellz takes his aggravation to the beat, as he raps:

“I can’t take this no more man, the world is killin’ me
Try to teach ’em with my words, but they just not feelin me
Try to understand, when it doesn’t seem real to me
I’m dead broke, still livin’ in my dad’s realty
And it’s hard makin’ a living when it’s nothin’ to live for
But I’m breathing, I’m still living…what the fuck am I here for?
Pray to God every night and wonder
Lay down…and think, thankful that I’m under a cover”

The middle of the project offers a mixture of songs seemingly aimed at the ladies. There’s “What You Gon Do,” “You Know Me,” “Hypnotized Pt. 1,” “Bring It Back” and “Another Again…Again.” The two standouts among this group of tracks are “Hypnotized” and “Again.” The latter touches on one of those adulterous relationships that shouldn’t be, but is…over and over again, going against what would be better judgment. The most aggressive song both production and content-wise is the high energy “50-50.” Wellz takes a few shots at deejays who aren’t readily willing to go outside of the realm of what’s popular for songs to play, as the hook to “Dics Jockey” goes:

“You gon’ learn one way or another, take a chance
Play somethin’ real, I ain’t in the mood to dance
You only spinnin’ records that’s already hot, B
Call yourself a deejay? You a dics jockey”

The mixtape starts winding down with tracks like “G.I.L.Y.” and the brief synthesizer-heavy “13th Floor.” A string loop dominates the track of the inspirational and stellar “Keep It Movin’.” Earlier on the mixtape, Wellz and company put their own spin on Young Money’s “Bed Rock,” to close things out, Wellz flows over Lupe Fiasco’s “I’m Beamin.” It’s a fitting end to a mixtape that bears the name “Jim Beam” and in fact the last line Wellz says is “I give it to you straight, Jim Beam, no chaser.” I’ve had this mixtape in my possession since late May. I played a few songs (or took a few shots, if you will) here and there for a few months before really getting the chance to sit down with it and figuratively take it to the head. This “Jim Beam” has a tendency to switch up its flavor from time to time, but never quite enough to make you want to up and grab a bottle of something else. I enjoyed the deeper tracks on the mixtape, and while it’s always fun to have a good time with the ladies, I think Wellz is at his best when he draws you in with his stories that are rife with emotion. I just hope he doesn’t forget to pay his bar tab.