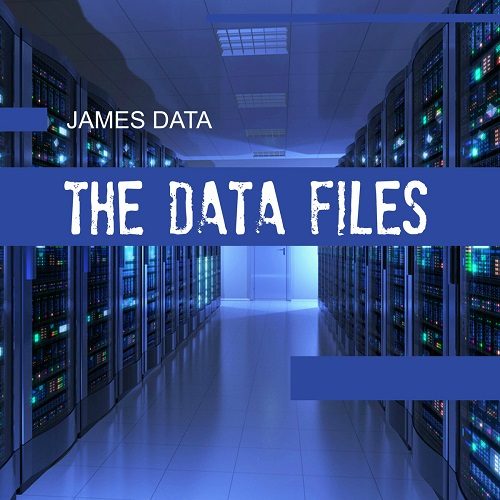 James Data hails from the hip-hop grounds of Flushing, Queens – a New York City mecca known for (but not limited to) such acts as Royal Flush, Action Bronson and Mic Geronimo. Talent just seems to bubble up from the concrete in places like Flushing, and although not every aspiring rapper or producer from the borough of Queens will become a star, I’d say James Data has a fair shot based on “The Data Files.”

I’ll admit the album caught my attention right away thanks to the signature James used on his tracks – a snippet of Star Trek: The Next Generation dialogue where Wesley Crusher (Wil Wheaton) asks Lieutenant Commander Data (Brent Spiner) if he can informally call him “Data” – to which he always responds “It is my name.” Not hard to hook a science fiction hip-hop nerd that way, but if James Data was only a Star Trek gimmick, I would have stopped listening five minutes into his fourteen track album. It’s a bit like “Donuts” in that each track is a short and delicious bit of pastry for your consideration, none longer than two minutes and eleven seconds.

While James’ bio says he once had a passion for rapping and went by the name Jam D.O.T. (Da Original Troopa), it’s pretty clear from “The Data Files” that he found his true calling once came across an Akai MPC and s950. “Happy Rose” flips guitar licks and horny horns in pleasant and not too repetitive combinations. The heavy piano keys and bubbling electronic backdrop of “U Know Bobbie” sound like a perfect set-up for Kool G Rap or RZA to bust a rap over. The well named “Rattle Tail” does indeed remind me of a snake’s shivering rear in its use of percussion, and the finger snapping “Baby Oooh” could be any New York emcee’s heartfelt ode to the love of his life.

Before Data goes and gets a swoll head and has to be reprogrammed, not all of these donuts are made for Dunkin’. I’ve tried and failed multiple times to get into “Xylo Man” – it’s a noisy mess that tries to make being intentionally dischordant into a melody. Unless you’re DJ Premier that’s a hard trick to pull off. I probably expected too much from “NYCGo” based on the name – it led me to think it would be some M.O.P. s@$! – but it wasn’t very interesting other than the Patrick Stewart sample thrown over the top. Still the duds tend to be the exception, and the futuristic sounding jams like “WOU” prove that James Data has the skills to pay the bills. I have no idea what he sounded like as a rapper, but if he rapped over beats like this, I bet it was above average.