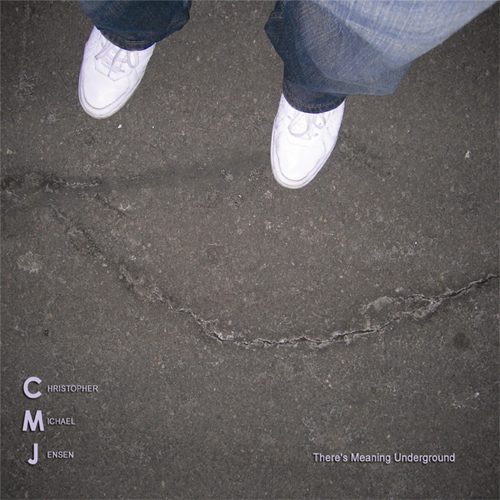 Rappers always boast an alter ego or famed alias as they claim yet another “MC” this or that or other popularized nickname. However, Minnesota’s Christopher Michael Jensen is plain and simply just…him. Jensen fell into hip hop almost by accident and soon became engulfed in the music in his early teens, thus fueling his passion for the art. He decided to take his skills to a more serious level as he began to create albums and perform more freely. Taking his career further, he released a free download of his first mixtape, “Lyrical Combustion” in 2009 and now debuts with his solo full length album “There’s Meaning Underground.”

Jensen’s vision for “There’s Meaning Underground” was “an honest exploration of and reflection on Chris’ past, present, and future.” As seen in many of his tracks, he is the epitome of the striving artist who has respect for the art and lyricism of hip hop. With simple, electronic sounds “Inside of My Mouth” shows what Jensen’s lyricism is about as he says:

“I am hip-hop no doubt
The future lives inside of my mouth
My ears catch the rhythm as it walks by
And when I open up
This is what I talk like…
Learned the lesson, but I still ask questions
Takin’ it step by step
In the direction of what’s destined
A real hip-hop head
Just check out my collection
Real hip-hop’s dead
It needs a resurrection”

He continues to show how he grew up and how it has shaped him as an emcee in “Look at My Life” while “If You Love This Music” featuring Nobuddie, calls out to fans to support independent hip hop music. Jensen’s standout track, “Music’s a Revolution,” with its horns and funk sound, shows the direction hip hop is headed and how he takes a stand to no longer follow the masses as he says:

Also, Jensen delves into a more emotional, poignant track about insecurity in “The Girl with No Face” and discusses depression in “Alone.” Clearly, he is not afraid to tell it like it is while diving into a plethora of emotions throughout “There’s Meaning Underground.” However, some of Jensen’s tracks seem too “poppy” at times such as in “When It’s All Said and Done” as he sings in the chorus and in “Season’s Greetings” where his singing continues. I was expecting more grimy, hard hitting beats and unfortunately, some tracks did not deliver.

Nonetheless, Jensen is still a true emcee as he has taken his passion and turned it into a career as a rapper. Although still somewhat amateur in his cadence and rhythm, Jensen’s lyricism is unmatched as his message is clear and relevant. It’s quite apparent that he lives for hip hop and the art and this is the true meaning underground.