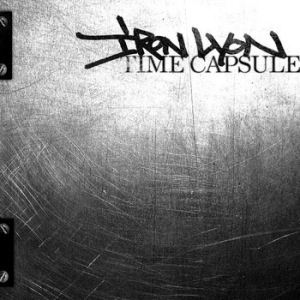 It’s no secret that hip-hop’s golden age has come and gone, leaving behind a trail of classic albums that continue to transcend time. The days of Tupac and Biggie have given way to a new, more mainstream era of rap that features synthesized beats and auto-tuned vocals, leading many to proclaim that hip-hop is dead. It seems that nearly every up and coming emcee trying to make a name for himself claims to be the one who will resurrect hip-hop, but few actually deliver on their promise. It’s easy to rap about bringing back the old-school vibes of the 90s, but it’s much harder to actually emulate the sound of the era. Iron Lyon manages to do just this, however, with his appropriately dubbed debut album “Time Capsule.”

I’ll be the first to admit I was skeptical when I saw a line from the promo for the album that claims: “‘Time Capsule’ harkens back to the sound of early to mid-90’s hip-hop.” After listening to the opening few tracks, however, it immediately becomes evident that Iron Lyon has captured the essence of old-school hip-hop in his music. Unlike many other artists claiming to bring back the golden age, Iron Lyon raps about the need to preserve not only the music but also the culture. It is refreshing to hear an artist who is well educated in the history of hip-hop, as he spits his intelligent verses over beats full of jazz and soul samples, simple but hard-hitting drum loops, and DJ scratches.

“Time Capsule” begins with a catchy intro track where Iron Lyon goes through a checklist of everything he needs for the album, beginning with beats and mics and ending with less tangible things such as soul and hustle. The first actual song, “Get Yourz,” offers a look at his entry into the rap game and showcases his passion for the pure art of rhyming, as he spits: “Got nothin’ to lose but plenty to gain/ Who gives a damn who’s rockin’ the heaviest chain.” Over a mix of horns, a high-pitched piano, and a spaced-out synth, it becomes obvious that Iron Lyon is motivated not by album sales but by his love for hip-hop. This is even more apparent on the next track, “Medicine Music,” where he raps:

“All I hear is gangster, gangster
What about the DJs, rap writers, and breakers
All I see is traitors and haters
Abusing the music created to save us
All I can feel is the pain and the anger
Writing from the heart bloodstain on the paper
All I can say is danger, danger
We could lose this movement if we don’t make some changes”

There are truly no filler songs on the album, as every track seems well polished and lyrically sound. “New Day” features a variety of chopped horns, strings, and pianos, as well as a soulful voice in the background, as Iron Lyon urges rappers to “take it back to the basics.” On “Live Wire,” over a catchy bassline and a powerful trumpet sample that drives the chorus, he manages to capture the hustle and bustle that comes with living in New York City. “Change,” on the other hand, pits an old-school drum loop over a mellow piano, as Iron Lyon deals with deeper, more personal issues in his life.

The track that best embodies Iron Lyon’s quest to revive hip-hop’s golden age, though, is “Boom Bap,” featuring Craig G. With a raw, hard-hitting set of drums and a heavy bassline that is reminiscent of KRS-One’s early work, the beat is about as old school as it gets. The chorus, which features a chopped up soul sample and scratched in lyrics, says it all:

It’s a shame that, given Iron Lyon’s low-key profile, the average hip-hop listener will probably miss “Time Capsule.” Simply put, it is hard to find an album in today’s rap game that more accurately captures the sound of early to mid-90s hip-hop, and any old school rap aficionado looking to delve into something current should look no further than Iron Lyon’s impressive debut.