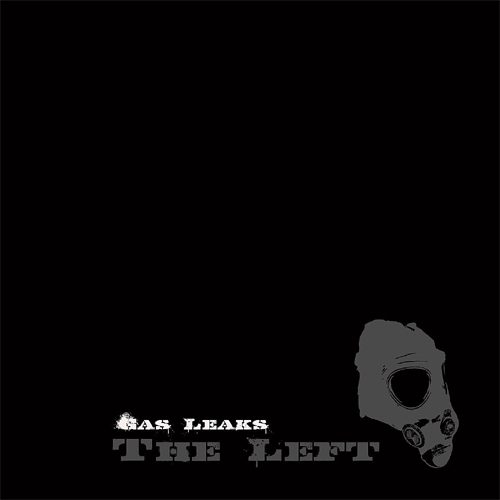 The latest champions of Detroit’s hip-hop scene are named The Left, which may leave a few readers scratching their heads. Left of what? Left of convention? Left of New York on a line drawn East to West? The left behind who have been forgotten? Perhaps they’re a little bit of all three. Producer Apollo Brown and rapper Journalist 103 turned a chance phone conversation into a chance to work together on hip-hop tracks, at which point they also added DJ Soko to the mix to round out their sound. The group’s unexpected freshness has been impressing even the most jaded of critics ever since.

What “Gas Leaks EP” lacks in depth it makes up for in quality. The songs were initially offered as a free download to supplement the already released “Gas Mask” album, but has since been converted to a purchase album through Bandcamp at a starting price of $1.49. That’s honestly excessively cheap – $2.99 would have been just as fair and in no way unreasonable. There can be no doubt when listening to the Kanye West-like strains of “One Day” that this group’s musical output lives up to the rapper’s words “Apollo just shitted on this beat yo! I mean like real talk, my producer man!”

Usually raps that Biblical are not heard outside of a Killah Priest LP, nor are they as easily accessible as they are on this EP. Some would accuse Journalist 103 of being preachy, but they’d be wrong – he’s simply offering his point of view in a plain spoken yet commanding lyrical delivery. It’s not as though every track is an urgent call to convert the non-believers: “Scared” is a lyrical exercise showcasing his ability and calling out lesser artists who can’t hang in his presence:

“You will now bear witness to the Leftist, movement
So if you know like I know step aside for the improvement
Legend in my own right, carrying the legacy of Luke
Wind up dueling you cowards, didn’t aim right
Living on forever, a martyr never dies
As I legislate the flow to create, recordin live
Journalist, 103 in capital letters
With Apollo B and Soko, who does it better?
Spittin with linguistics basic niggaz can’t get with
A lion of the desert, conquerin foreign misfits
You not on my level”

Few are. Combined with the classic old school soul and polished hip-hop flow of “My Green,” the only way this too short EP could be better would be if it came with instrumentals of Apollo Brown’s excellent tracks. There’s not enough material here to hail this as an all-time classic, it’s over almost before it’s begun, but as an advertisement for why you should check out “Gas Mask” there really couldn’t be any better than this bargain release.