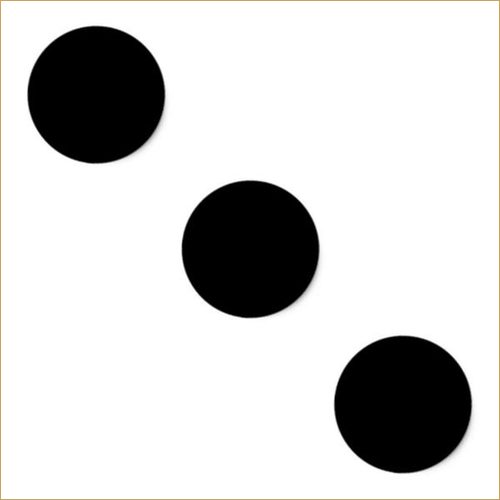 I probably shouldn’t admit this, being a second-generation San Francisco Giants fan, but part of me was rooting for the Detroit Tigers during the World Series. San Francisco won two years ago, and I felt like Detroit needed the win more. Part of my divided loyalties is due to the fact that I have family in Michigan, but mostly it’s because Detroit is producing some of the best rappers in the game. “The Dice Game” pairs Detroit beatmaker Apollo Brown with Detroit MC Guilty Simpson for sixteen tracks of grimey raps over dusty breaks.

Apollo Brown has been busy since coming on the scene a few years ago. In the past three years he’s released collaborations with Hassaan Mackey, Boog Brown, and OC. He’s also released a remix album, produced an album with Journalist 103 as The Left, and put out several beat albums. All of these projects have gotten love from critics, and this site gave his collaboration with OC a perfect 10. Guilty Simpson is no slouch, either. He’s released two solo albums, and an album with Sean Price and Black Milk on last year’s excellent Random Axe project.

Apollo Brown is one of the best producers doing classic sample-based hip-hop today. He manages to flip soul samples with boom-bap drums in a way that never sounds anachronistic or tired. Hip-hop traditionalists walk a fine line between respecting classic hip-hop and stagnating. Apollo Brown carries on the tradition of sample-based hip-hop without sounding like he’s running out of ideas or merely imitating what came before. He’s kind of like the Jack White of hip-hop, reinvigorating those old school sounds and carrying them into this century. Granted, none of the beats here are groundbreaking, but they all sound good.

Guilty has made a name for himself with his brutal if sometimes inelegant Detroit take on gangsta rap, spitting rough, rugged and raw rhymes about committing crimes, sleeping with your girlfriend, and generally being the scariest dude in the room. That persona is definitely present on this “Dice Game.” Album highlight “One Man,” for example, is classic Guilty Simpson:

“I might need whiskey, I might need Henny
I’m longer in the tooth but deadly as any
Yeah, and mighty
I heard you rappers don’t like me
I bet a grand you won’t fight me
I might black out
Pull a mack out
Clap out
Swiss cheese this whole trap house
Flat out”

Sixteen tracks of Guilty being gutter over Apollo Brown beats would make for a good album. However, Guilty steps it up a notch by delivering some of the most personal rhymes we’ve heard from him yet. “Change” is about a man and a woman struggling with drug and alcohol addiction after a divorce, and then trying to change their lives. “I Can Do No Wrong” describes how Guilty moved away from crime to hip-hop after seeing some friends go to jail. On “Truth Be Told” Guilty lays out the different career paths he explored and gave up before settling on hip-hop, from drug dealing to high school football to college.

“Or will they know me?
“Will it be a homie?
Will I go on some beef?
Or will I go in my sleep?
Broad day in the streets with all the people on me
Watching while the white sheet’s put on me
That’s a cold stage
Maybe old age
Or a foe from the old days
But I’m a changed man
It was my old ways”

For those that fear Guilty is going soft, don’t worry: “Let’s Play” is a dirty sex jam, “Dear Jane” tells off an ex (or is it weed he’s trying to break up with?), “Nasty” with Planet Asia lives up to his name, and he and Torae trade drug raps on “Potatoes.” And he’s always rapping about the streets, it’s just that sometimes he’s celebrating them and sometimes he’s laying down the problems they create. This balance of aggression and introspection keeps things interesting and prevents the album from becoming monotonous.

Kendrick Lamar attempted to reinvent gangsta rap on his excellent “good kid, m.A.A.d. city.” This ain’t that kind of album. Instead, Apollo Brown and Guilty Simpson refine and perfect gangsta rap on “The Dice Game.” There is a self-awareness and sense of consequences that is missing from an artist like Chief Keef, and the beats show a craftmanship that you don’t get from your average street rap mixtape. This is grown man gangsta music, beautifully executed.