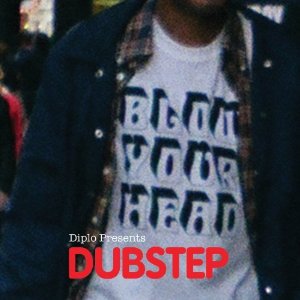 It takes some cajones for an American producer to title a compilation “Diplo Presents: Dubstep,” given that the genre originated in the UK and has been around for a decade. Diplo has the cajones, though. He’s a skinny white dude who makes club music, both in his native B-more, and with one of the most riotous reggae acts around, Major Lazer. This is not a man who knows boundaries.

The same can be said for dubstep, the latest electronic music craze straight outta London. I first heard the term a few years ago attached to UK artist Burial, and then last year when I reviewed Teleseen’s “Fear of the Forest” for this site. Dubstep is glitchy and slippery, founded on an unstable bedrock of pulsating bass, often built around triplets. It doesn’t offer the steady rhythm of house or techno, and is thus a little harder to grasp on to.

To my ears, dubstep sounds like drum n’ bass if it were slowed down, mellowed out, and used Jamaican dub rather than the Funky Drummer as its template. There’s a moment on the Lil Jon track “U Don’t Like Me” where I misheard his cry of “middle fingers up!” as “Metalfingerz up!,” thinking it was a reference to drum n’ bass O.G. Goldie.

Several of the tracks here have the same jarring quality of top-shelf drum n’ bass. DZ’s “Down,” Diplo’s “U Don’t Like Me,” and Doctor P’s “Sweet Shop” all sound like industrial machinery gone haywire. “U Don’t Like Me” was the song that got me to pick this compilation up. It’s a little like getting your ass kicked by one of those robots who make cars while Lil Jon shouts at you. And there’s a theramin in the background. It’s totally annoying, and totally awesome at the same time. Rusko’s “Cockney Thug” is similarly abrasive, with a quote from “Snatch” that echoes the beatdown the music gives your eardrums.

It’s not all audio ass-kicking, though. “Blow Your Head” shows just how versatile dubstep can be. It’s adapted to house, trance, and R&B. The most extreme example is the stripped-down remix of Major Lazer’s “Hold the Line,” which is little more than a thudding bass and snapping snare.  It’s a testament to how well the music can work in a subtle way. Glazed’s “Brackets” and Untold’s “Stop What You’re Doing” sound like off-center downtempo house, at least until the beat starts hitting harder 90 seconds in. Zomby’s “Strange Fruit” is a baroque video game soundtrack that sounds similar to what avant-garde hip hop instrumentalists like Flying Lotus are doing.

There are even attempts to mold dubstep to R&B (Jessica Mauboy’s “Burn”) and pop (Little Jinder’s “Youth Blood”). I wasn’t feeling “Burn,” but “Youth Blood” is a pretty brilliant juxtaposition of angelic female vocals and synth pop damaged by industrial noises. Too bad the lyrics are typical mindless pop crap. Dance music tends to have the lamest, most vapid lyrics, as if they were custom designed for people who either didn’t really understand English or were so fucked up on drugs they couldn’t understand what the singer was saying anyways. It’s a bummer, because the music deserves lyrics that hit hard as well.

At the end of the day, “Blow Your Mind” is a good introduction to dubstep for the uninitiated. The high points show an art form that can hit hard while still mixing things up and keeping the listener on their toes. As someone who is a hip hop fan vs. electronic music fan, I was disappointed that there weren’t more tracks that took dubstep in a hip hop direction. “U Don’t Like Me” is proof of how exciting the combination can be. Instead, the majority of this album is glitchy electronica, interesting but not totally my cup of tea.