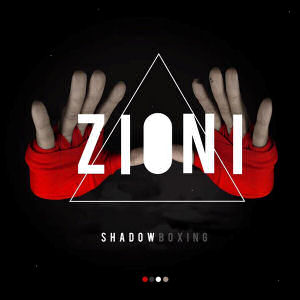 The Bay Area has been home to one of the best hip-hop scenes in the country for quite a while now and one group that’s played a large part in that scene’s growth is Oakland’s Zion I. The duo of DJ AmpLive and Zumbi have been building things in the Bay since 1997, and last year released the critically acclaimed album Atomic Clock

. Atomic Clock made my RapReviews year end top ten list, and this week I caught up with both AmpLive and Zumbi to get the story behind the album, as well as how going the indie route has changed over the years, and what they like about both the underground and mainstream hip-hop scenes.

last year, but you’ve been doing your thing as a team since ’97. What, if anything, was different for you when you recorded Atomic Clock?

AmpLive: Basically on this album we worked with a lot of live musicians and a couple other music producers and they sort of combined with us and we put together our first live album. It was a process. There were way more people in the mix.

Zumbi: It was real cool, man. We work with a lot of live musicians often, but this was different because most of the record was done that way. We got in the studio and we just played ideas and picked out what we liked. It was a collaboration of seven to ten people depending on what song.

AB: That’s a lot of artists. Was it a tough studio to work your way around?

AL: No no no, it was fine, actually. A lot of these musicians we worked with before on albums. It was good getting input and musical arrangements from other people.

AB: Why the Atomic Clock

? Why not another form of telling time?

Z: And the atomic clock is the most precise, as verified by my Google search {*laughs*}. That’s basically the reason why we took that name.

AB: This is your second release on Gold Dust Media. How did you link up with them and what have they provided you that the other indie labels you’ve worked with may not have?

Z: A lot of the labels that we used to be signed to don’t even exist anymore. We’ve worked with a lot of good labels, but it’s just the sign of the times. The way music is these days, it’s very difficult to stay in business. Gold Dust, they support the music, they believe in it, and they give us an opportunity for distribution. We already have our own online distributor, but they help us out with the physical distro. We just take it from there. We like to invest our own time an energy into making sure the business goes straight, as well, so we’re very involved with the marketing plan, but they know what we can do and just give us our space.

AB: When artists talk about going the indie route what aspects of being an independent artist do you think they have no idea about?

Z: I don’t think people realize how much they have to understand the business of marketing something and promoting it and creating a plan, a calendar, an action to follow so you can get your point across. Right now there’s so much noise in the marketplace, even if your music is great and people love it, if you just release one things and put it on iTunes it’s not gonna make it sell. You really have to get into interacting with your fans. I see some of the young guys doing it very well. Lil B, Wiz Khalifa seem to do it very well. You really have to engage your audience almost before you can sell something to them. Back in the day people just came out with records and people would buy them. In this day and age everything is free so it’s more difficult to make money although it’s easier to put out music, so I think one thing new artists need to understand is the idea of really marketing something and promoting it and then after that the different avenues of selling music outside of just selling your CD on the street, or selling your music on iTunes, like licensing, publishing, getting your music in TV, film, video games. Back in the day you could get on the street, sell 10,000 CDs, get a buzz and get signed, but today it just doesn’t work like that, it’s a whole different model.

AL: It’s really really different. You gotta have a team. Most people don’t realize that. You need people to take phone calls and make moves that aren’t the artist.

AB: Major labels take a fairly obscene amount of money from record sales to provide that team. What percentage do you think is actually put into that when you’re an indie artist? How much of your income is put into getting that team?

AB: Going back to the idea of selling music through non-traditional avenues; you guys had a nice placement in NBA Live ’10, and video games sell better than albums right now.

Z: Yeah, I play FIFA ’11 and I hear songs on there that I’ve never heard before, and cuz you’re just sitting there playing and as you hear the music you’re like “what is that? I’ve heard that 100,000 times now, who is that group?” So it’s a good way to subtly get your music across without trying to be in somebody’s face like advertising. It’s a more gentle way of introducing yourself to people.

AB: What would you say has been the toughest hurdle for you so far?

AL: The first album, because we were so nervous in the beginning. We really didn’t know that much about the business, so we probably could have made a lot bigger moves and set ourselves up (better), especially money-wise and getting advances and where to put the money at. I think we made good moves by taking money that we got from licensing and investing it in a studio, so we didn’t have to pay to get into a studio, but in terms of setting up a label and that type of stuff we probably could have done better.

AB: Moving from business to music, musically, we seem to hear the same tired arguments when it comes to commercial versus underground. Rather than repeat all of those again, why don’t you hit me with what you like most about both the underground and the mainstream?

AL: I think right now music is really open because of the internet so you have a lot of artists who are doing more different types of stuff and you’re able to hear it. I think the mainstream’s hold is really small now. I think overall music is sounding a lot better, and there’s better quality coming out of both camps because of the tools we’ve been given.

Z: Independent I like because you can say whatever you want, and I find that those artists… I had an interview the other day where were talking why don’t commercial artists speak out as much. Indie artists have less to lose. Everything is on their terms. Hopefully you own your music and a part of the label, you understand the business enough to know that you can say whatever you want because your fans ride with you because you are who you are, whereas for commercial artists it’s a little harder. What I like about commercial artists is they have that same type of freedom, but in a different way. I think their freedom sometimes is more with being able to say anything. These cats get away with saying rhymes I could never say because if I said em I’d be a super wack corny emcee who is trying to be something (he’s not), whereas they say em and it’s the coolest thing on earth because they’re so paid and have so much notoriety that’s it’s so cool when they say “all the girls are on me… swag!” It’s cool and I think it’s funny. I like it, too, I just don’t think I could get away with that, the super party anthems. For Zion I, I don’t think people come to us, or listen to our music for our in-depth knowledge of the party scene, or clubs, and what girls really want from em.

AB: Since we know a party album isn’t in your future, what’s next for Zion I?

AL: We’re working on the new Zion I and Grouch album that will be coming out in March and just keeping on pushin. We also have a tour for that coming up in March and I’m working on an instrumental hip-hop jazz album.

Z: I’m also working on a solo project. I might have some other musicians join me on it.