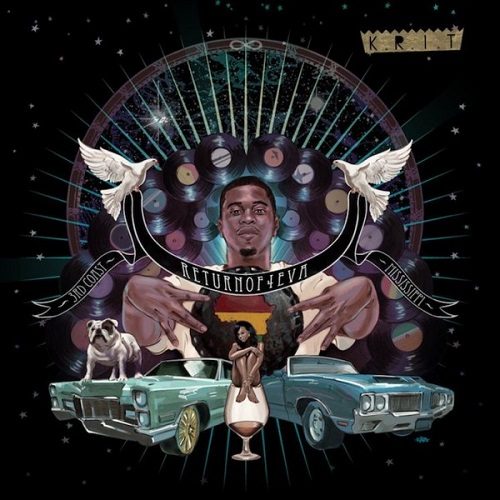 In 1988, Public Enemy released a song called “Don’t Believe The Hype” and it was the second single from PE’s second album, “It Takes a Nation of Millions to Hold Us Back.” Fast forward to 2011 and we have a hip-hop industry that seems to be predicated, built on and fascinated with hype. Everyone is out to be the next big thing and if there’s not a lot of staying power within a new act, even the hottest of Tuesday’s artists (new and old) are forgotten about by 9pm Wednesday night. One outlet that seems to generate a great deal of hype and speculation year in and year out is XXL Magazine’s Top 10 Freshmen list, and since 2008 we’ve seen some artists live up to the hype in some way or another like 2008’s Lupe Fiasco or 2009’s B.o.B. and Kid Cudi, while others like 2010’s OJ Da Juiceman have faded away into obscurity. The 2011 list consists of Meek Mill, Lil B, YG, Mac Miller, Lil Twist, Diggy Simmons, Cyhi Da Prynce, Kendrick Lamar, Fred Da Godson, Yelawolf and Big K.R.I.T.. To be honest, I’m not overly familiar with all of the 2011 selections, but I’m secure enough to say that I’m sure Big K.R.I.T. fits in somewhere near the top of the list. After all, he did come in at #1 when I wrote my 2010 Year in Review back in December on the strength of his “K.R.I.T. Wuz Here” album, which I still have in heavy rotation (along with the chopped and screwed version). After a handful of guest appearances and an increase in notoriety, the not-quite-newly minted Def Jam signee promised the fans that he would release at least one more project before going forth with the major label debut. The album reportedly took over a year to make and after being delayed for a week, Krizzle finally unleashed the album, calling it “Return of 4Eva.” The album features appearances from K.R.I.T.’s partner in rhyme, Big Sant, as well as Joi, Bun B, Chamillionaire, Raheem DeVaughn, Ludacris and fellow Mississippian, David Banner.

Over a track that grows from slow and jazzy to loud and brassy in a handful of seconds, the “R4 Intro” finds our hero holding a meeting to discuss matters of the moment at hand like “when the lights get dim and the people get quiet, wildin’, waiting on change.” By the end of the track, we’ve experienced the backstage hustle and bustle and the feeling of an eager crowd, only to find out that it’s all a dream. Or is it? “Rise and Shine” has an early Outkast feel to it, and that’s partly due to the “Get Up, Get Out” reference, but also the production on the track…including the cuts. As one might expect, the objective is to get up and do something productive with the day as K.R.I.T. poses the question: “Why rest when all the world [is] runnin?” Refraining from being lame, never changing and thanking God are some of the key mantras we pick up on the “R4 Theme Song.” The outstanding “Dreamin” should work well as an anthem for anyone with dreams of any sort who has to battle with the naysayers, as K.R.I.T. raps:

“I told ’em call me K.R.I.T., they told me change my name
Don’t be alarmed if you don’t make it, that’s just part of the game
Besides, I didn’t rap about dope, nor did I sell it
I guess the story of a country boy just ain’t compelling
A&R searchin’ for a hit, I just need a meal
Couldn’t afford to pay the rent, but passed up on a deal
[…]
It’s safe to say that dreams come true, I guess
Don’t let nobody tell you, try it for yourself
Just know that I was once considered just a dreamer
But I paid my dues and turned so many doubters to believers
They used to say…”

The aggressive war cries of none other than David Banner are immediately recognizable on “Sookie Now,” a collaboration that should quiet any murmurs that people may have regarding any sort of animosity between the two Mississippi representatives. “American Rapstar” was another song that was released in advance of the project. Here, K.R.I.T. expounds on some of the pitfalls that can come along with living “the life.”With this release, K.R.I.T. has a few songs with the ladies in mind, “Shake It” and “Player’s Ballad.” The former is a bit raunchier and features some vocals from Joi, while the latter is silky smooth and features some guest vocals from “Radio” Raheem DeVaughn as Krizzle spits some of his best game to a lucky lady, referring to himself as a PowerBall lottery winner since he’s there with her. There are also several tracks here that reference vehicles in some way including “Time Machine” which features Chamillionaire who even finds the space in his verse to give a shoutout to the people of Japan who were recently victims of the earthquakes and subsequent tsunami…just to give you an idea of how fresh some of the songs on the album are. “Rotation” and “My Sub” both take staples of southern car culture which may seem mundane or pointless to some and makes them seem like the shit. Both tracks are easy to ride to on a bright sunny day, or perhaps even a dark dreary evening. “Sub” is sparsely produced, but the Regina Belle sample of “Baby Come To Me” at the end is a nice added touch. “Amtrak” compares the ride to a loud train and the passengers have the option of climbing aboard and riding (in order to ride something else later) or to get off and go on about their business. We’re reminded that life ain’t nothin’ but an EQ of “Highs and Lows,” and there’s even a low key nod to Slimm Cutta Calhoun, as the hook goes:

Real smooth pimp shit there. Big Sant makes an appearance on “Made Alot” and makes the best of his limited exposure, remixing a classic Biggie line and also another line from T.I., perhaps even outshining K.R.I.T. on the track. This wouldn’t be a Big K.R.I.T. album if he didn’t take the time to hit the listener with those songs with a slightly deeper meaning to them. For this there’s songs like “Lions and Lambs,” “King’s Blues” and “Free My Soul.” “Blues” poses the question of “What’s a king without a crown?” To me, this goes to say what’s the purpose of attaining some status or material object without being able to support it or sustain it. Heavy shit. “Free My Soul” features some crooning over a piano loop by K.R.I.T. that Devin the Dude and the late Pimp C would be proud of as he comes to the realization that once-coveted material items just may not be enough for true happiness for himself or others. Krizzle makes a grand declaration of not wanting to be another nigger to the government, White folk, Black folk and the world on “Another Naive Individual Glorifying Greed and Encouraging Racism,” as he raps:

“I don’t wanna be another nigger, always trying to sell you something
Don’t really know shit, but trying to tell you something
Tap dance if you want him to
Could’ve fed the hungry, but he bought them jewels
Won’t ever look back, ’cause he gotta keep movin’
Even if he leave his own people bamboozled
Taking credit like he did it by himself
Too much pride to realize that he really had help”

The party track, “Get Right” feels slightly out of place in the playlist when surrounded by so many deeper tracks. Things wind down with what may be the most touching song on the album with “The Vent” and the bonus track, “Country Shit (Remix).” The former reminds me a lot of “I Gotta Stay” from “K.R.I.T. Wuz Here” and the latter takes a great song and adds two exceptional emcees along with some new lyrics from K.R.I.T. and makes it better. It’s a great way to close out the album in either case. At the end of it all, “Return of 4Eva” holds up well when compared to Krizzle’s previous effort as well as on its own merits. At twenty-one tracks in length, it may be a bit bloated for the tastes of some, but the last album had nineteen tracks so there isn’t too much more to digest here. I think that a great deal of the appeal that K.R.I.T. has is based on how honest his music seems. I mean, even if he’s playing us all for fools (which I doubt), he’s doing a damn good job of it. I tried my best to keep my “K.R.I.T. sounds like” count to a minimum, because to be honest, I don’t hear him as them anymore. Sure the similarities and the influences are there, but now it’s K.R.I.T.’s voice and K.R.I.T.’s time. So with that said, maybe once, just this once…we can believe the hype.