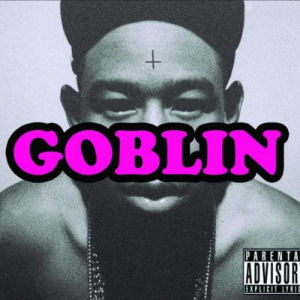 Odd Future Wolf Gang Kill Them All, the California-based rap collective, which Tyler founded and leads, largely made up of kids twenty and younger, has generated a lot of controversy, and rightfully so. Tyler and his crew say some pretty fucked up shit, and they say it pretty often. They kill. They rape. They degrade women and gay people constantly. “Faggot” is their dis’ of choice. Or maybe it’s “bitch.” Or “cunt.” Saying Tyler’s language is jarring, is like saying Manute Bol was tall. Tyler’s language is appalling, through and through, on nearly every song, whether the song is violent (“Transylvania”), romantic (“She”), or introspective (“Golden”).

That Tyler employs bigoted and venomous language, however, does not necessarily warrant criticism. There is a difference between “disturbing” and “offensive.” Plenty of great art is disturbing – some of it because it creates characters and imagery that employ repugnant viewpoints and means of expression. It would seem to miss the point to, for example, dismiss Silence of the Lambs as a depraved romanticizing of violence, as to do so would conflate Lecter’s viewpoints with that of the film itself. This is by no means to say that the marketplace of ideas should lack filters. But the question we are asking should not be: does this piece of art employ offensive ideas and language? The proper question is: what is this piece of art celebrating?

Not that this is terribly ameliorating, but the primary aim of “Goblin” is certainly not to celebrate bigotry. Rather “Goblin” is, first and foremost, an exploration of iconoclasm. The deeper this exploration is, the more successful “Goblin” is. Sometimes Tyler triumphantly celebrates rebellion. On “Radicals,” he screams the album’s partial-thesis: “kill people, burn shit, fuck school,” explaining that he isn’t saying people should actually go commit crimes, but rather they should just do what they want to do. But rallying cries such as “Radicals” only work because they are placed together on “Goblin” with more personal explorations of rebellion. The album’s opener – the title track – finds Tyler engaged in a starkly vulnerable conversation with a therapist. In this instance, his anger and rebellion are not prescriptive. Rather, they are symptomatic – and, in turn, perpetuating of – his confused and isolated existence. The beat is an eerily minimalist melody over almost invisible percussion.

He returns to this structure on the album’s closer, “Golden,” in which Tyler’s anger is much more a desperate wail than a call-to-arms. “She” and, especially, “Her,” the two explicitly romantic tracks , again explore the intersection of loneliness, anger and rebellion. It is in these explorations that Tyler offers himself as a fascinating character, albeit a largely autobiographical one. Tyler’s bigoted language, in these instances, seems first and foremost a manifestation of this character, and not a advocacy of hatred in any prescriptive sense (though the reactionary nature of this bigoted language is, nonetheless, hypocritical, as will be discussed).

The album really goes off the reigns when the Creator uses his subversion as a thinly veiled excuse for torture porn. “Transylvania” finds Tyler, overly exaggerating his normally compelling growling baritone, listing the horrible things he wants to do to women. As Salon.com stated about the movie Hannibal, this song somehow manages to be both repugnant and boring. The same can be said for “Fish,” a fantastical and perverse, yet still un-inventive, mix of T.M.I. rape fantasies and juvenile misogyny. Tyler hits his mark when he convinces his audience that they can somehow relate to his darkness, but songs like these, instead, portray Tyler as a generic sociopath – a character probably too under-developed for even real sociopaths to relate to.

Odd Future’s constant use of homophobic slurs is also problematic, particularly because, ironically, it trades actual iconoclasm for mainstream appeal. OF portray themselves as a gang of misfits that make music for angry and abandoned youth. It is hard to think of a group of young people more abandoned than gay kids with unaccepting parents. Yet, instead of embracing, or even passively allowing for this potential alliance, Tyler bends to the mainstream perception of gays. What could be more mainstream, and less subversive, than homophobia? He should take a page from fellow OFWGKTA member Frank Ocean, who boldly states on “We All Try” off of “Nostalgia/Ultra” that “I believe marriage isn’t between a man and woman, but between love and love.” Now that’s subversion.