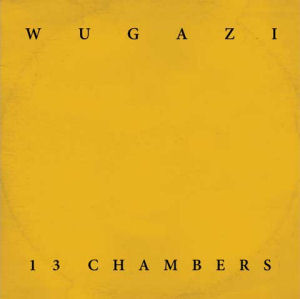 On the surface, the Wu-Tang Clan and DC post-punk band Fugazi have very little in common. The Wu rapped about how cash ruled everything around them.  Fugazi sang “You are not what you own!” on their 1990 song “Merchandise,” turned down a multi-million dollar offer from a major label, and have turned down ridiculous amounts of money to reform after their 2003 indefinite hiatus. The Wu loved their liquor and weed. Fugazi’s frontman Ian MacKaye is the originator of the term straight-edge, meaning abstinence from drugs, sex, and alcohol, and one of the band’s most powerful songs, “Shut the Door,” chronicled a struggle with addiction. Fugazi spoke out against sexism and homophobia in song and in deed; the Wu, not so much.

And yet both groups were pioneering, both groups helped reinvigorate their respective genres, both groups are considered elder spokesman, and both groups were at their most relevant in the early 90s. The Wu-Tang changed the sonics of hip-hop with the RZA’s production and the crew’s grimy but imaginative style, and Fugazi changed the sonics of punk with their experimental and emotional approach to the genre. Both groups pushed innovative business models, the Wu by signing all nine members to separate record deals, and Fugazi for keeping their ticket and album prices as low as possible.

This may explain Wugazi a mash-up of Wu-Tang rhymes over Fugazi instrumentals. The project was a labor of love from Doomtree member Cecil Otter and producer Swiss Andy. It mixes rhymes from the Wu-Tang Clan’s various projects with instrumentals from Fugazi’s sixteen year career.

It opens with “Sleep Rules Everything Around Me,” which mashes verses from “C.R.E.A.M.” over “I’m So Tired,” off of Fugazi’s last release, “Instrumental.” The melancholy piano makes the verses even more tragic, turning the Wu’s take on trying to survive in the ghetto into something that sounds even more hopeless.

“Suicide Surprises” mixes the Gravediggaz ” “1-800-Suicide” with Fugazi’s “No Surprise.” Otter and Andy manage to find a guitar riff and drumbeat that perfectly match the vocals, adding to the paranoia of the original.  “Another Chessboxin’ Argument” is the first off note on the album. Technically, the mash up of “Da Mystery of Chessboxin'” and “No Argument” is on point, but the two songs don’t fit together. They grimy aggression of “Chessboxin'” doesn’t fit the introspective mood of “No Argument,” and this clash of tone recurs throughout the album. Put simply, the two groups made music that came from very different places (geographically, emotionally, and socioeconomically). Mixing the two is sort of like mixing sweet and savory ingredients. Sometimes you end up with sweet and sour chicken, and sometimes you end up with sauerkraut ice cream.

Case in point “Shame on Blue,” in which ODBs aggro flow is misfired with a loop from Fugazi’s 1990 song “Blueprint.” The pairing works better on “Forensic Shimmy,” mixing ODB’s biggest hit with Fugazi’s “Forensic Scene. “Slow Like That” mixes a terrible track from Ghostface Killah’s otherwise stellar “Fishscale” with a solid instrumental. At its worst moments, “Wugazi” sounds like two different records being played at the same time.

However, there are enough moments on here that truly work to make it worth the download, like “Nowhere to Wait,” which mixes the Gravediggaz killer “Nowhere to Run, Nowhere to Hide” with Fugazi’s hit “Waiting Room.” I grew up listening to both Fugazi and the Wu-Tang Clan, so for me this album was a bringing together of two sides of myself that don’t often intersect: my love of punk rock values and aesthetics, and my love of hip-hop. Wugazi manages to meld the passion of Fugazi with the aggression and creativity of the Wu in a package that is mostly successful, bringing together two sounds and cultures that don’t often mix.