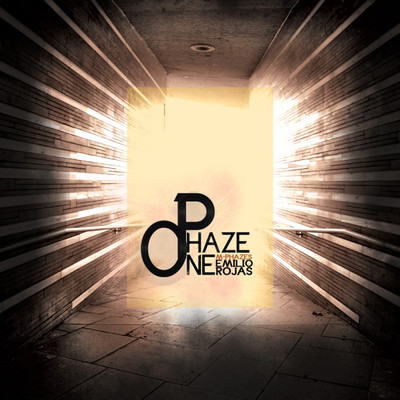 Australian producer M-Phazes has been banging out quality beats for American emcees for a while now, and earlier this year dropped his own “Good Gracious

” CD with a positive response from the hip-hop community. New York based rapper Emilio Rojas has also been getting a positive response, through his cameo appearances on singles and remixes and via word of mouth about his mixtapes. Now given the two are from different countries half a world apart this might not seem like the most natural collaboration, but we all live in the internet age now, and those distances can easily be bridged.

“Desperate times call for desperate means
So take a look into my eyes and see what desperate means
I can show you how to grind with finesse and ease
And to maximize profit ’til your stress decrease
Heh – by any means, gotta get it and break through
Make your enemies, don’t let your enemies make you
Aim but never squeeze, never let ’em escape you
It ain’t never gon’ pull us through”

Rojas demonstrates the “Phaze One” mentality on the album’s opening track “Pull Us Through,” arguing for a more reality based rap that puts less emphasis on fictitious tales of drug sales. If you as the reader are about to say you’ve heard this call from a hundred different underground rappers already, you’re absolutely right, but let’s give Rojas the credit he deserves for good diction, breath control and getting his point across clearly. He’s also got a little bit of swagger in him too, as evidenced on the track “Bold and Arrogant,” which shows listeners he’s not just here to be preachy:

“I am very slick, see that Burberry print?
Yeah, I know what you feel just like a therapist
A fresh pair of kicks, chicks that are very thick
Mixed, I’m a little bit of Spic and American
Fresh – I’m in Paris with Parisian broads
They breathin hard, it’s so hard to keep ’em off
Got a stick that I beats ’em off with
And if that’s your chick well I beat her often
She fiends for raw shit, the broad wanna work the pole
It’s +Le Grand+ like in +Cirque du Soleil+”

The cocky attitude is effective, especially when paired with the boom bap beat stylings of M-Phazes, which is one reason why so many East coast emcees want him to hook up their beats. The lyrics also hint at Rojas’ somewhat unusual background, having a Venezuelan father and an American mother, then growing up in Rochester. Yeah I said Rojas was “New York based,” but did you assume I meant New York City? Oh snap! Sorry about that. Actually that’s part of what makes Rojas refreshing – had he come up in the NYC rap scene he might sound like a dozen other hip-hop artists from the area, and would be automatically compared to other mixtape stars like Red Cafe and underground kings like Joell Ortiz. You can still make those comparisons if you like, but coming out of Rochester definitely shaped him to be an individual and not a carbon copy. He pays tribute to that background on “585”:

“The hottest summers, the coldest winters, the dopest women
A lot of guns and a lot of drugs and a lot of pitchin
We got our cuts and them Puerto Ricans on Clinton
in the FIVE, EIGHT, FIVE, that’s how we livin man
The Klassy Cat or the Booty Stick
On Thurston they shootin clips and curbin and movin bricks
No urban improve in it, so walk in our shoes a bit
I love home, let’s go to Krudco to purchase exclusive kicks”

Other than the Booty Stick, I was able to confirm every single thing he referenced in the verse, so I assume that’s either a relatively new adult nightclub or they just don’t have a web presence yet. So Rojas is proud of his hometown, warts and all, but what of M-Phazes? His Melbourne background plays the background here – if it weren’t for us telling you he’s an Aussie you wouldn’t sense anything Australian about this album other than the record label putting it out. That’s fine given that’s exactly what M-Phazes intended. He deserves 50% of the credit for all the beats, but he’d rather give 100% of the spotlight to the up-and-coming Rojas. Through the subtle piano grooves of “Tic Toc,” the triumphant and cinematic “Look at Me Now” featuring Dion Primo, and the soulful R&B samples of “Survivalist,” Rojas’ star shines brightly.

The hardest part for M-Phazes and Emilio Rojas on “Phaze One” may just be the marketing. Even though the press release says that this album dropped on CD and digitally on the 1st of July 2011, I scoured the Amazon marketplace high and low and couldn’t find it at all. Maybe you’ll have better luck at your local record store, but since the Obese imprint is generally an import, it could be cost-prohibitive. That’s a shame since “Phaze One” is an album worth hearing. It’s not going to earthquake the hip-hop landscape, but it’s a quality effort from two talented artists who undoubtedly have long careers ahead.