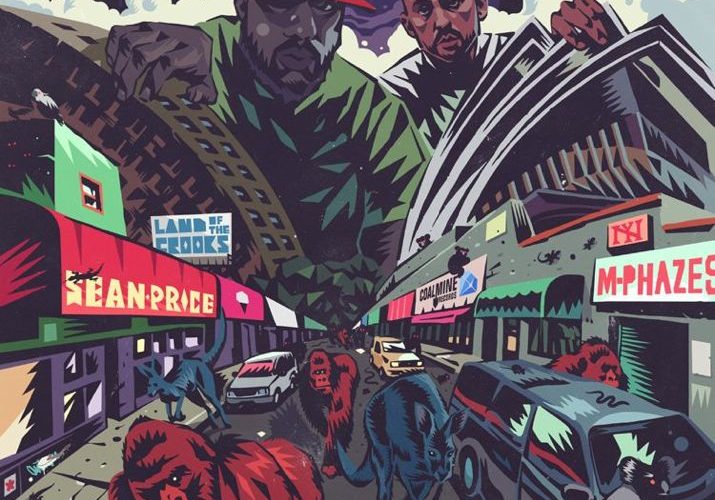 “I like being alone home, I trim the fat
Friends hatin on ends but none of them can rap
I will, take your FUBU, and take my time
Duke I’m – waste removal, you a waste of time
P! I will pop your partner
Then give my whole +Squad+ +Bricks+, Waka Flocka”

Sean Price is the consummate shit talker in hip-hop. He conveys an air of authority every time he spits, and few people personify the word “spitting” in hip-hop the way P does. His flow is mushy, slurry, blurry and drowns in saliva with every bar. One can picture a hazmat clean-up operation after every studio session when he’s flowing, and that’s not even taking into account the Bieber-esque quantities of soda bottles, empty baggies and spilled shreds of dried tobacco. P also personifies the “rude bwoy” hip-hop swagger as a result – he leaves a tornado of destruction in his wake without once looking back at the carnage. His uncompromising rap is like a Richard Sherman promo – if you don’t shut your mouth when he’s talking he’ll be happy to shut it for you.

“Psh, I’m trying to sell out!
Sold out shows and sold out stores
I’m a pocket full of crack that I sold outdoors
Now a nigga thinkin of bigger pictures, Kodak flow”

P has typically been thought of as a The Eric Andre Show with the cameras always rolling, so it’s not surprising that he shows up in crazy Duck Down videos and/or Red Bull releases on the regular. What IS surprising is that “Land of the Crooks” seems almost entirely divorced from Duck Down – they’re not releasing it or promoting it and they aren’t in the credits for it. This is definitely the “bigger picture” mentality Sean is talking about on “Murdah Type Thinkin,” whether the original version with Roc Marciano, or the remix featuring Guilty Simpson.

P and Highway Robbery” album from Small Professor & Guilty Simpson. Of course it’s still your option to download either one individually, but if you bought both together in this package you’d be getting a helluva deal – especially given that Coalmine is throwing in instrumentals for all of Sean’s songs plus a “Crookapella” for the title track for good measure. The last one is notable for the fact it’s a posse track with Billy Danze (M.O.P.) and Maffew Ragazino, so you’re not just getting P’s voice liberated from the instrumental.

In short, although the actual amount of new Sean Price material is short (four tracks and a remix + the aforementioned bonuses) there’s plenty of extra value in a hard copy of “Land of the Crooks.” If you needed any further evidence as to why to pick it up, the fact popular Australian producer M-Phazes laced it out to end the discussion. Enjoy another healthy dose of every rapper’s favorite rapper Sean P.